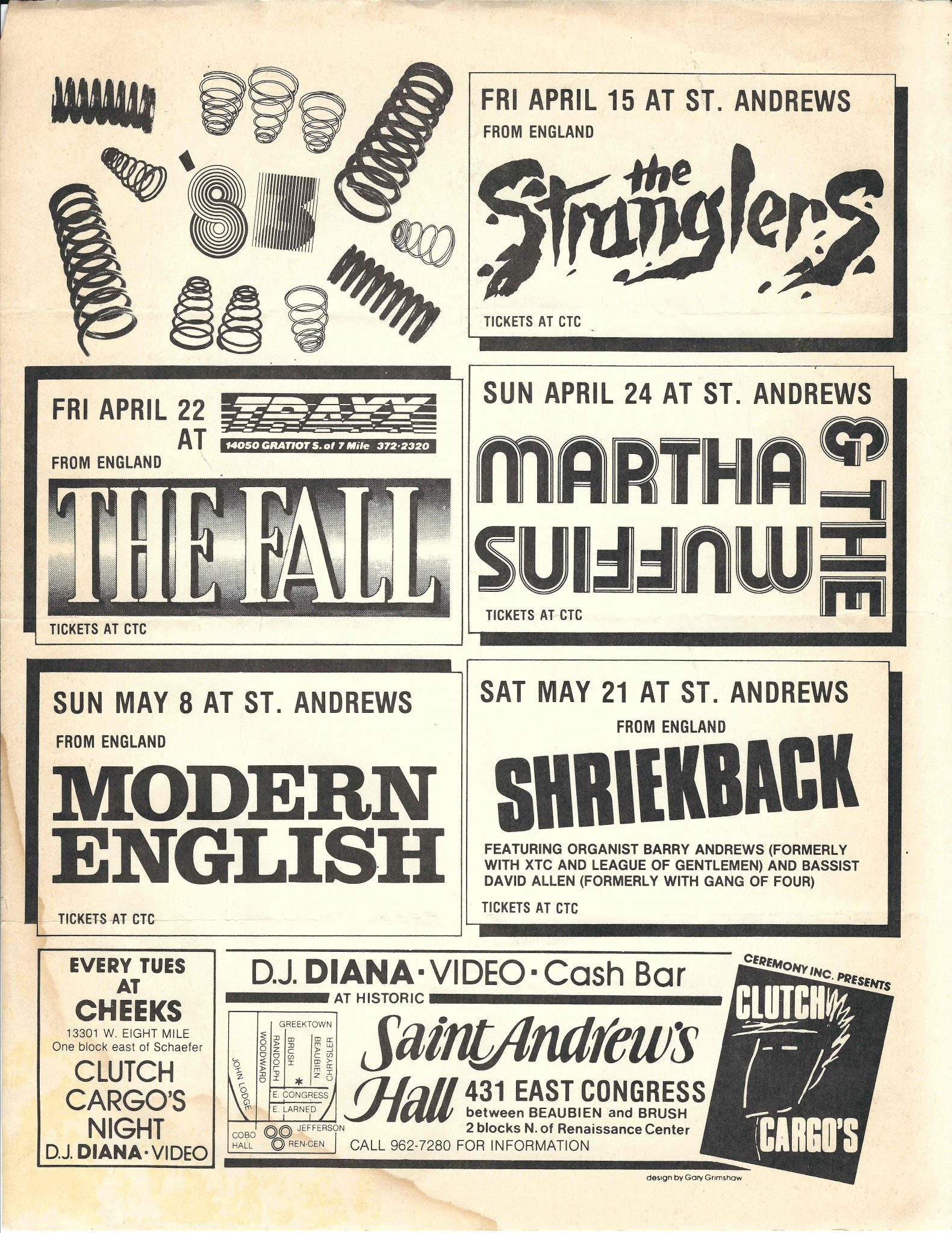 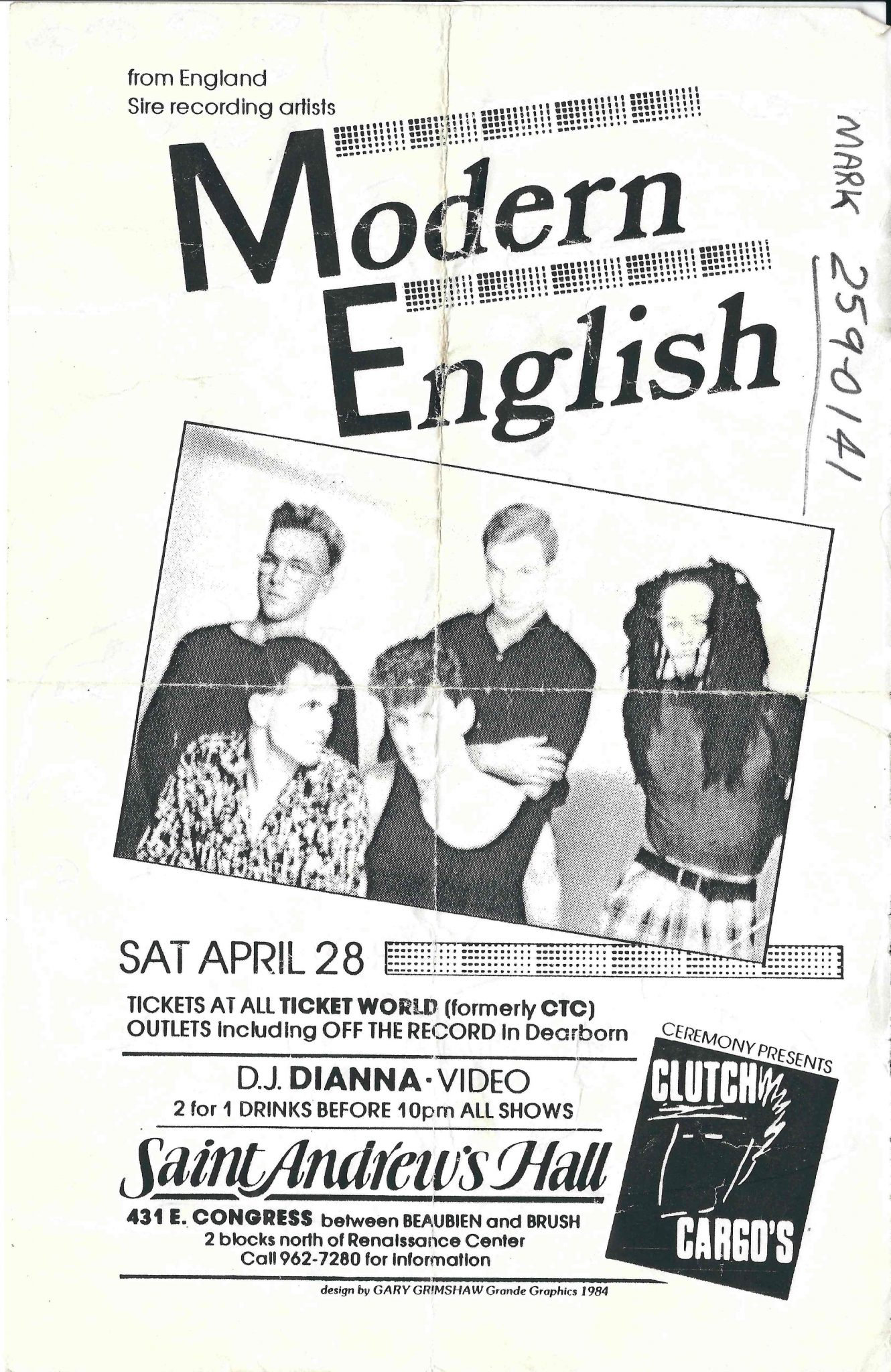 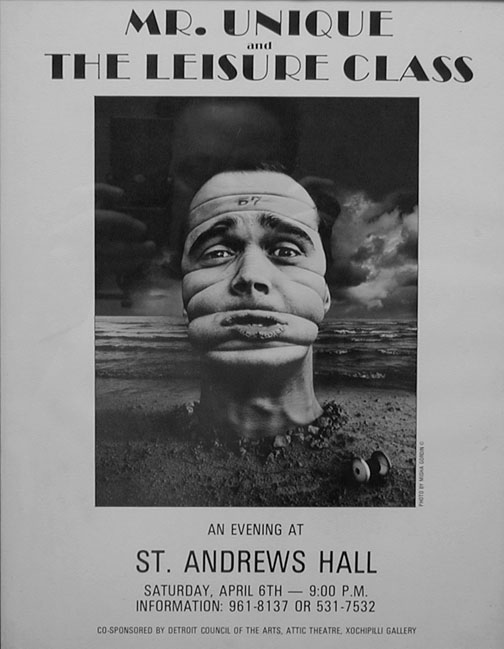 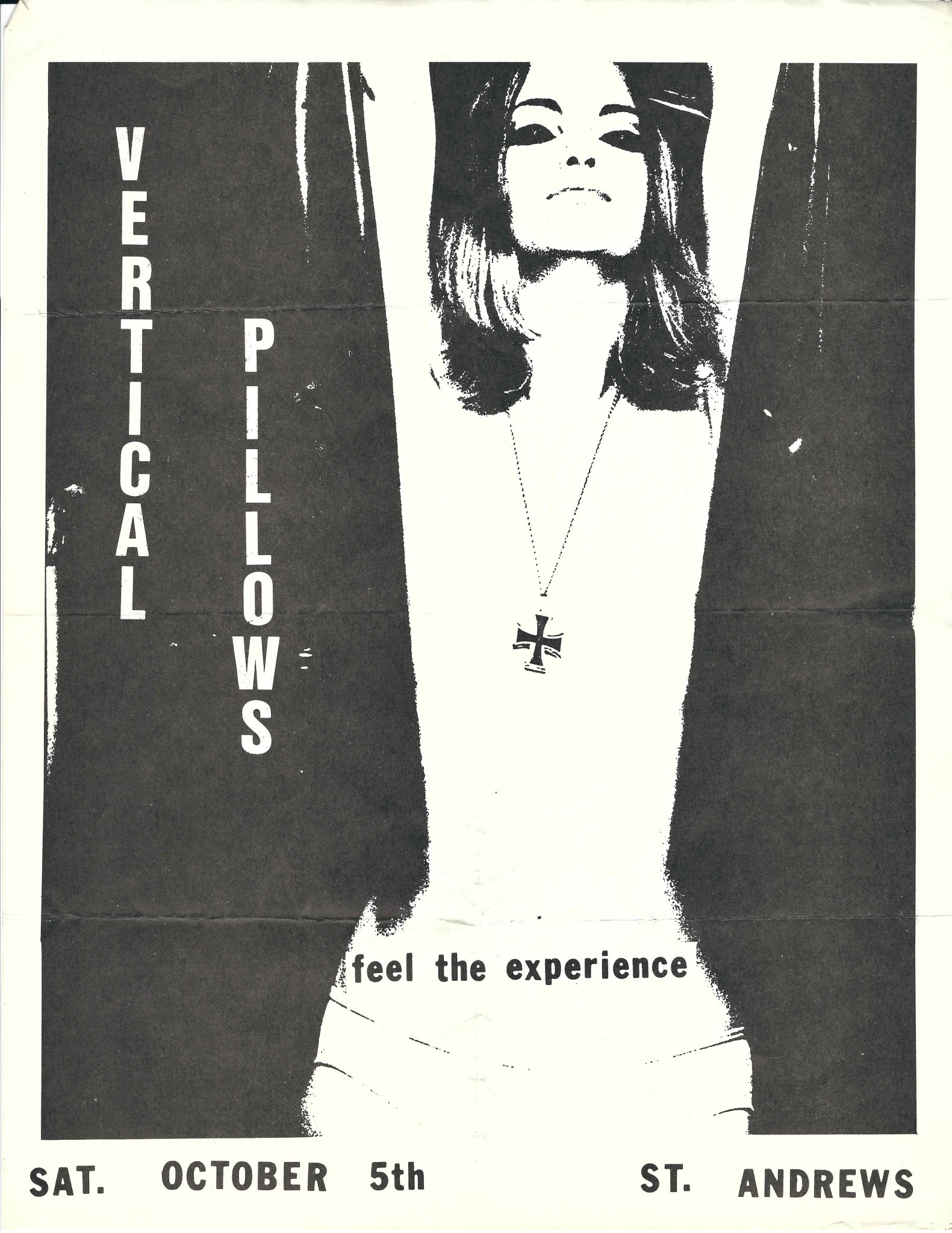 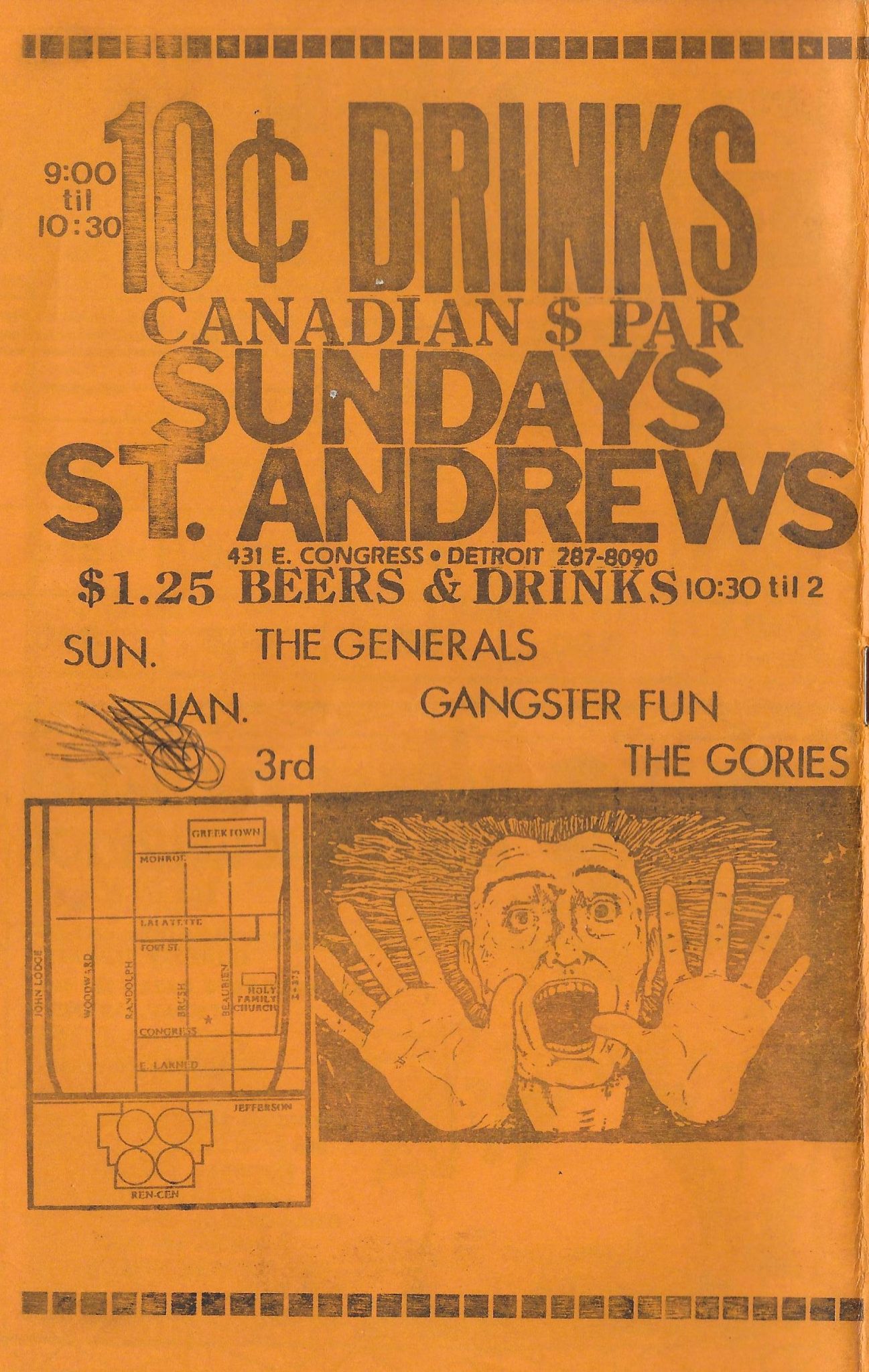 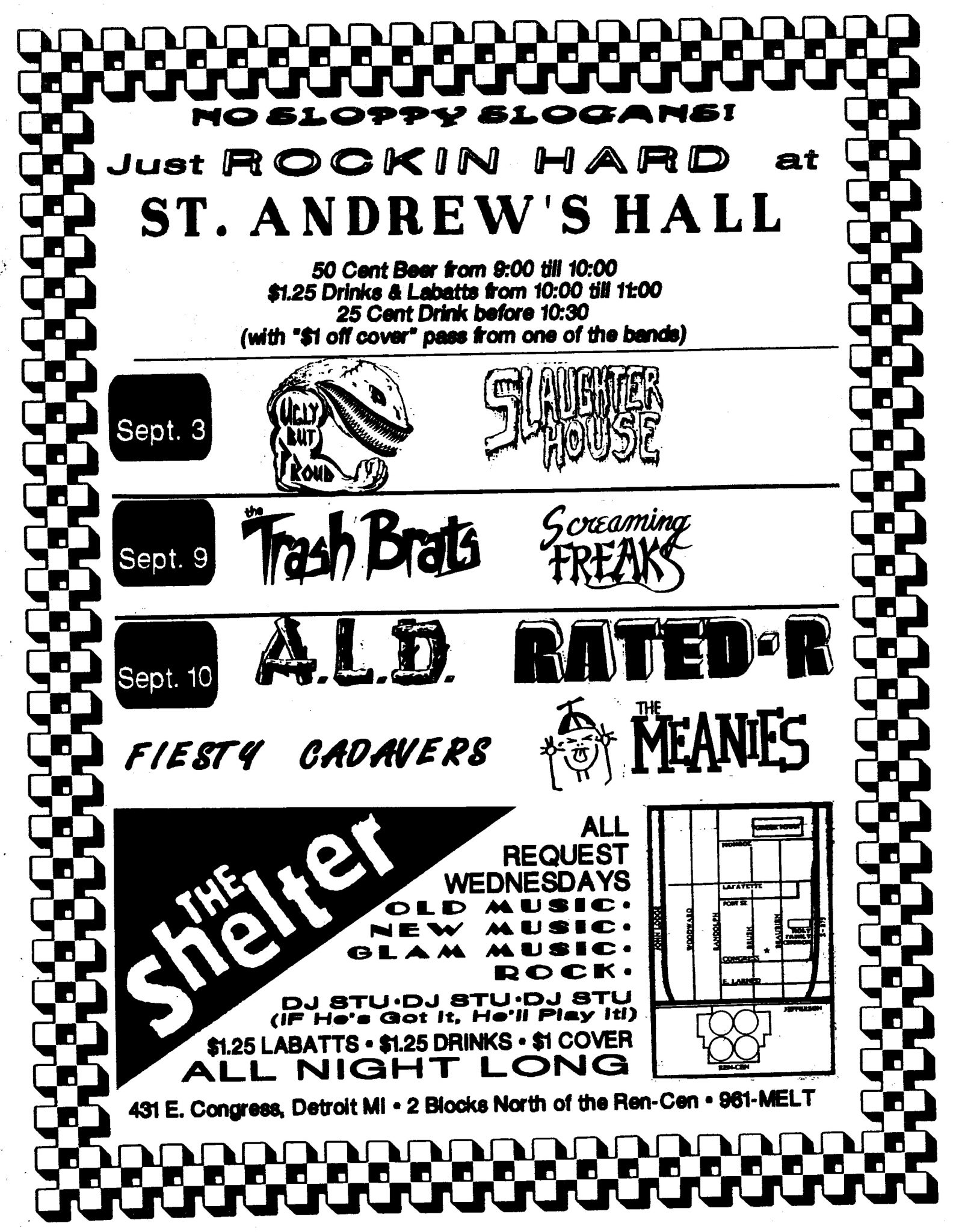 The St. Andrew’s Society of Detroit, founded in 1849 to assist recent immigrants from Scotland and to encourage appreciation of Scottish history and culture, claims to be the oldest such benevolent organization in Michigan, opened St. Andrew’s Hall as its home in 1908.

St. Andrew’s Hall is notable for having three venues in the building. The main floor, featuring a stage, can host an audience of up to 1,000. The upper level dubbed the Burns Room, in honor of Scottish poet Robert Burns, is a large open space that can handle several hundred patrons. The lower level, referred to as The Shelter, is a smaller venue that can hold at least 200.

By the late 1970s/early 1980s, St. Andrew’s Hall started being used beyond Scottish events as the Society started leasing out the venue for plays and concerts. Among the first to start booking events into the Hall was John Sinclair. The poet, writer, and political activist known for his love of jazz and, at one time, being the manager of the MC5, started by booking jazz and blues concerts into the Hall. Shows during that time included concerts featuring Marcus Belgrave, Sun Messengers, and the Detroit Blues Band.

Around the same time, 1982, Vince Bannon and his business partner, Amir Daiza, decided to move on from Clutch Cargo’s at the Women’s City Club near Detroit’s Grand Circus Park to booking at St. Andrew’s Hall in Bricktown.

In short order, St. Andrew’s Hall became the venue for any local or out-of-town act seeking to establish their credibility. Among the notable bands that played St. Andrew’s during their early days include R.E.M., Red Hot Chili Peppers, and Nirvana.

After running the venue for over a decade, Bannon and Diaza sold the operations at St. Andrew’s Hall in 1993. The club is now run by Live Nation.

A partial list of shows at St. Andrew’s Hall can be found on The Concert Database.

Have a story or information to share about St. Andrew’s Hall? You can do that here.