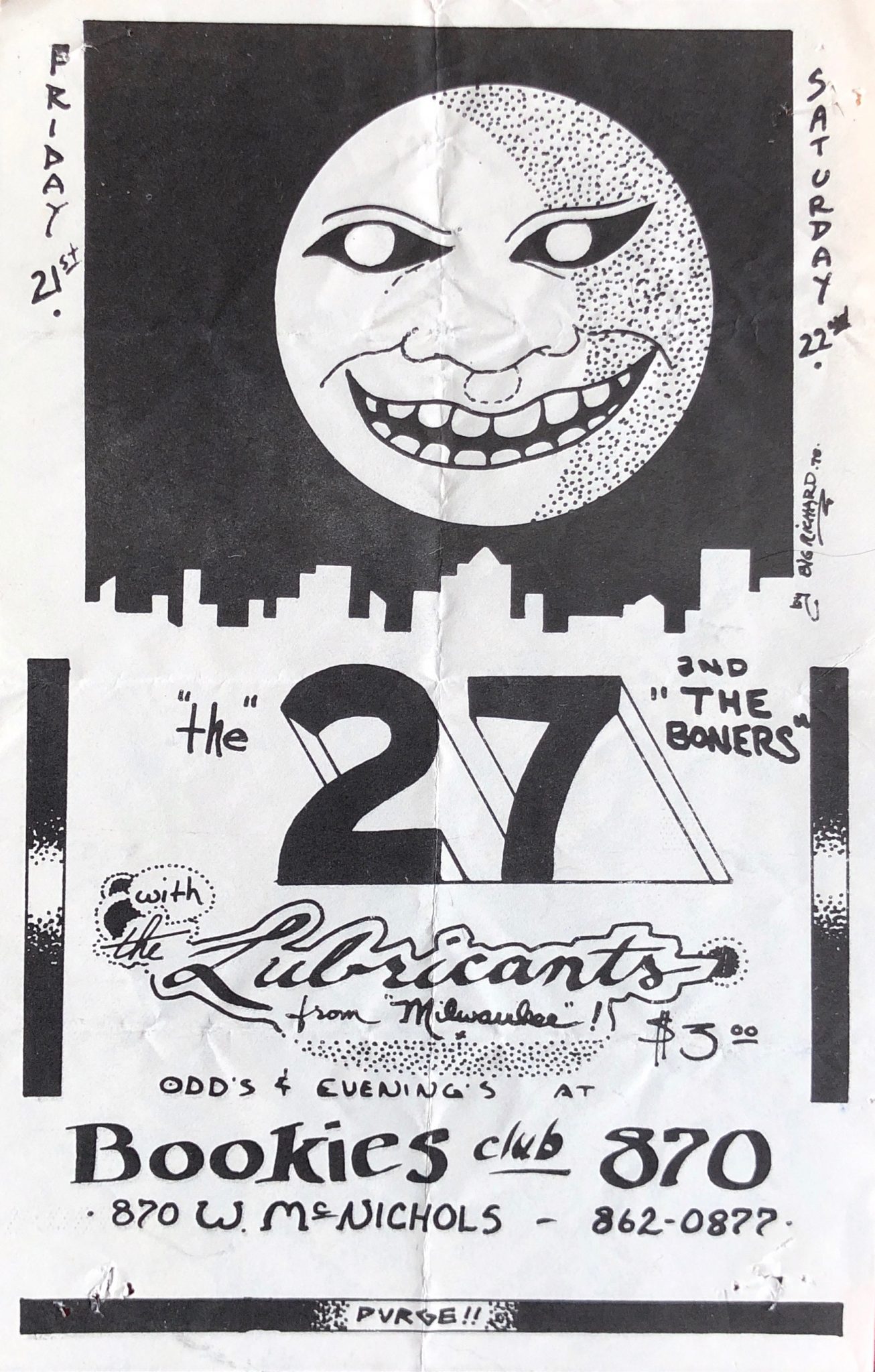 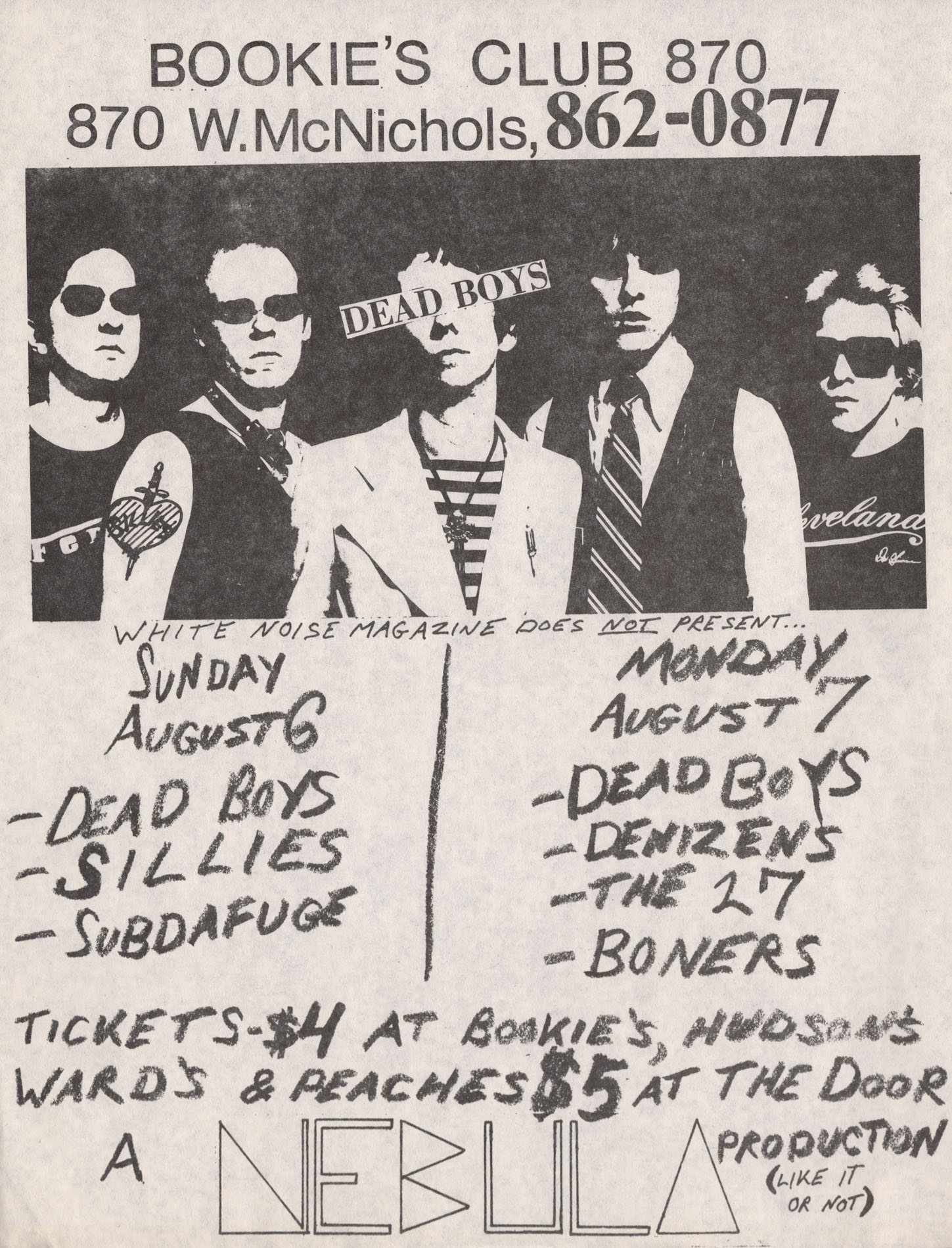 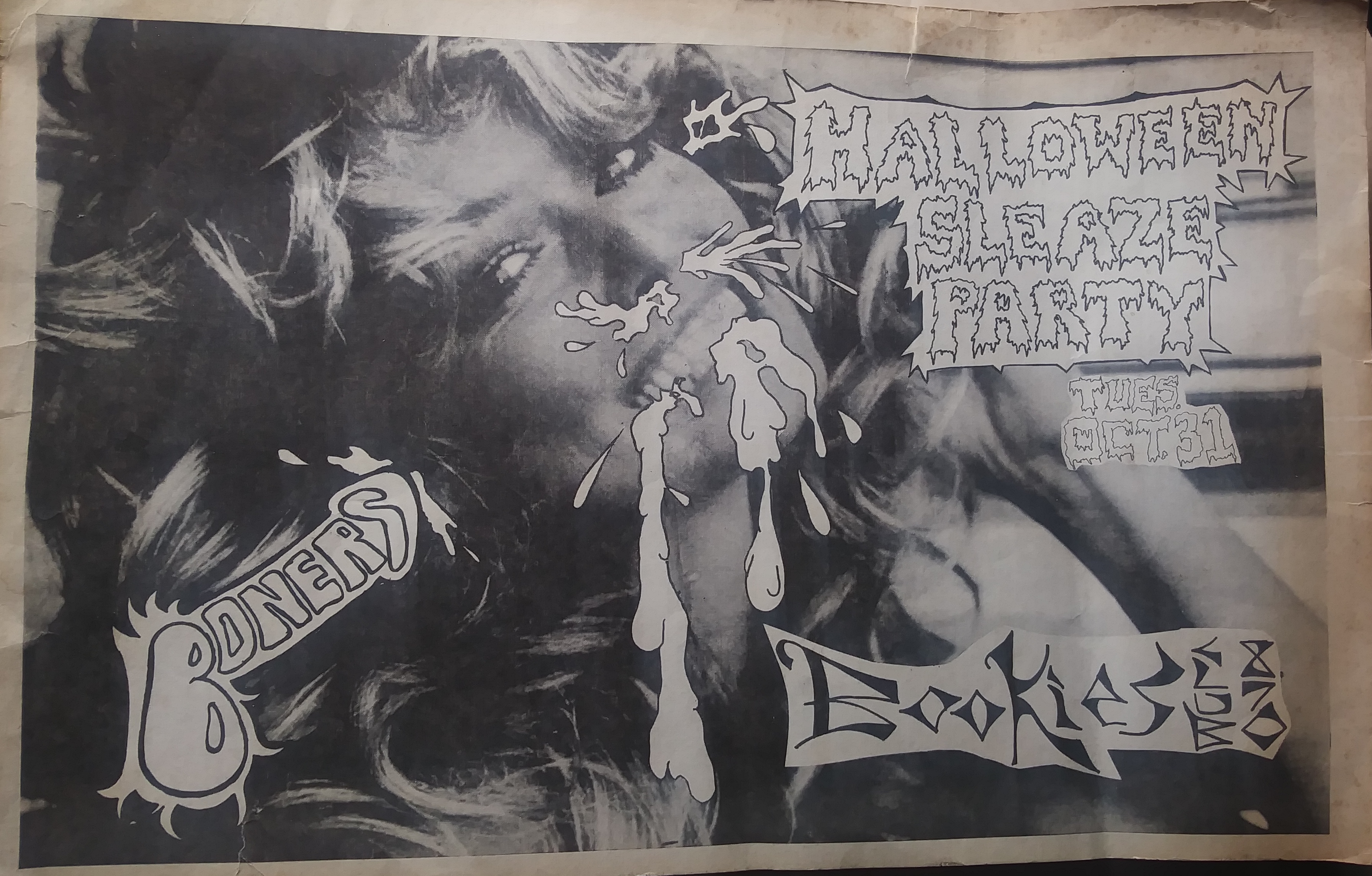 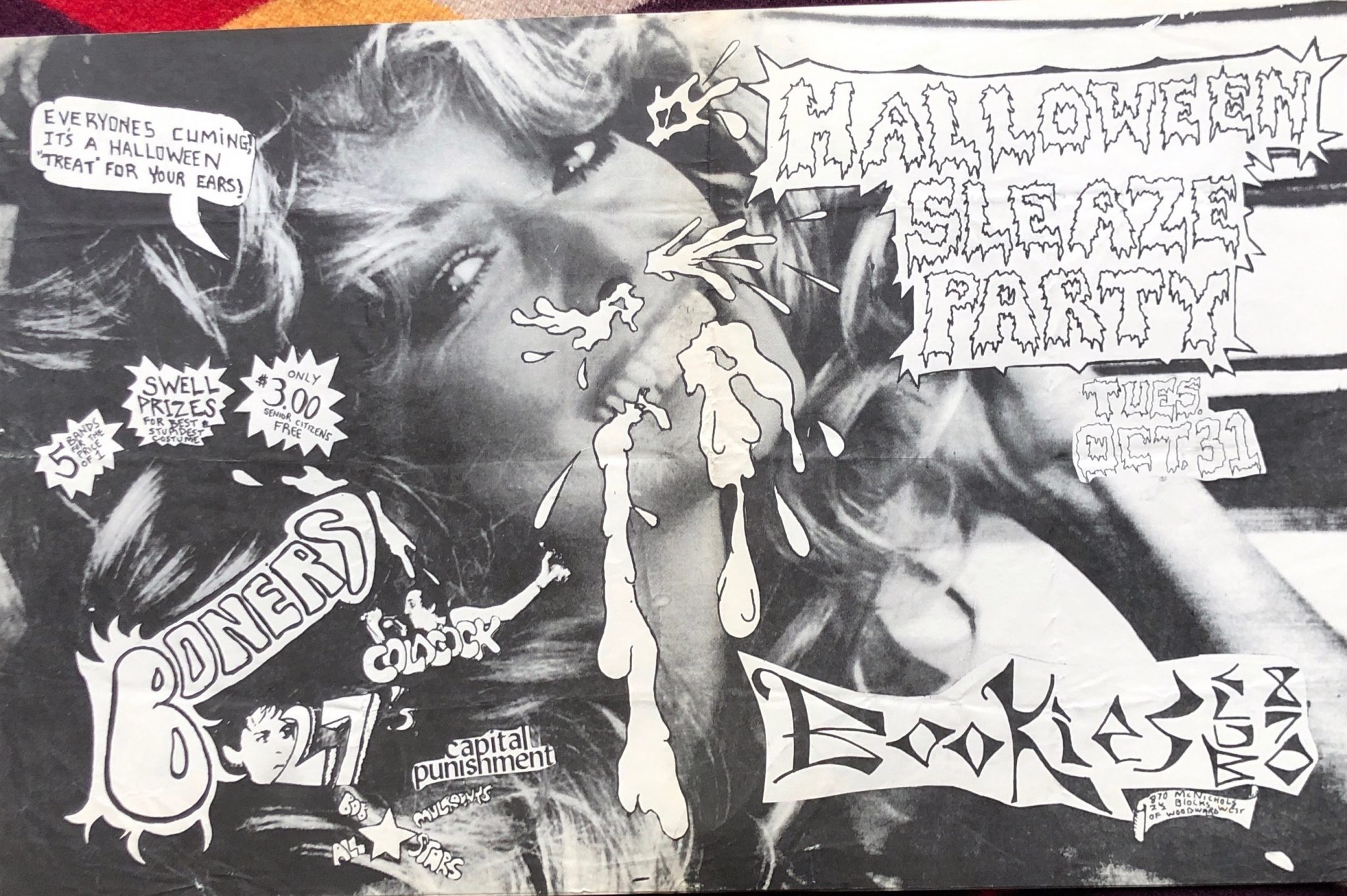 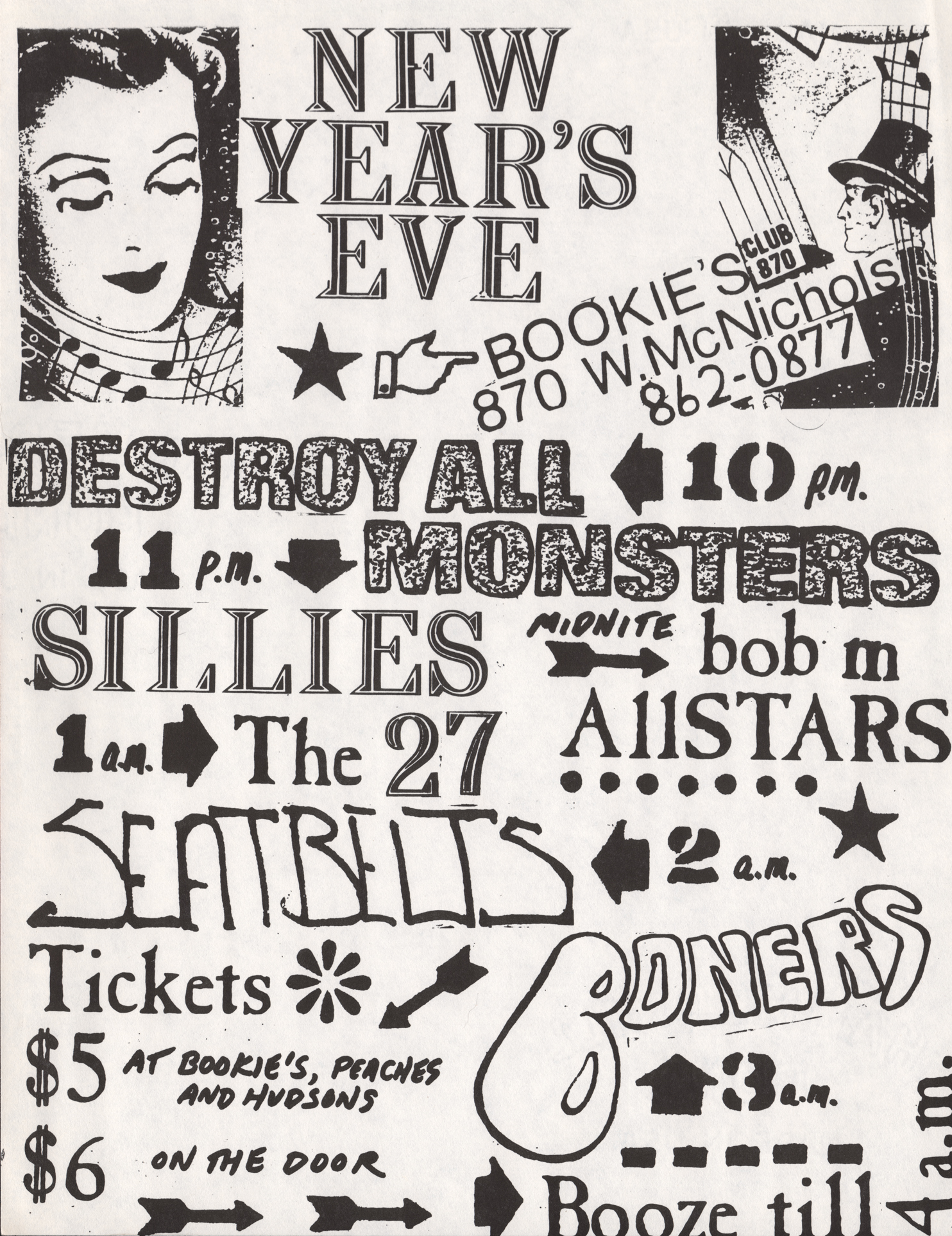 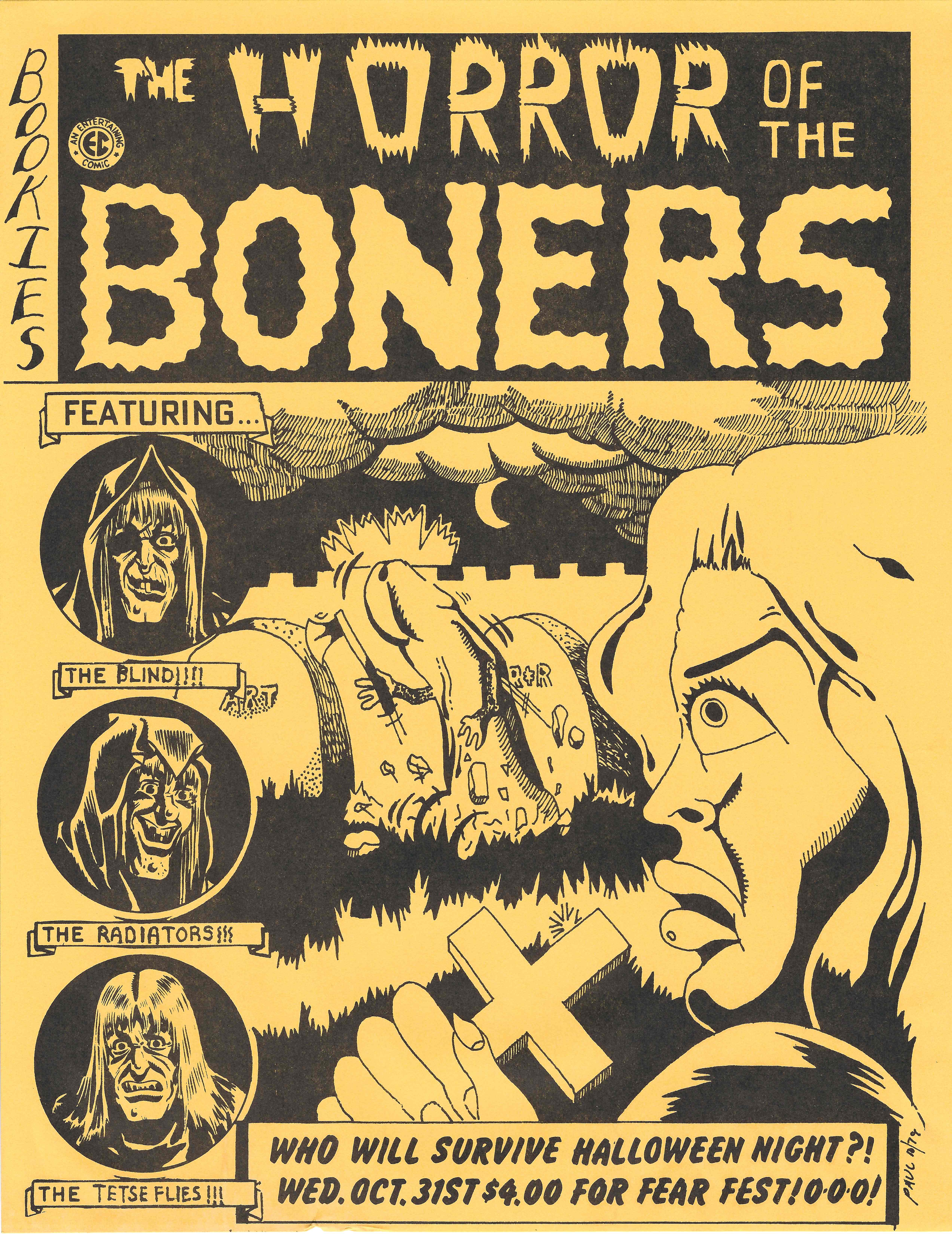 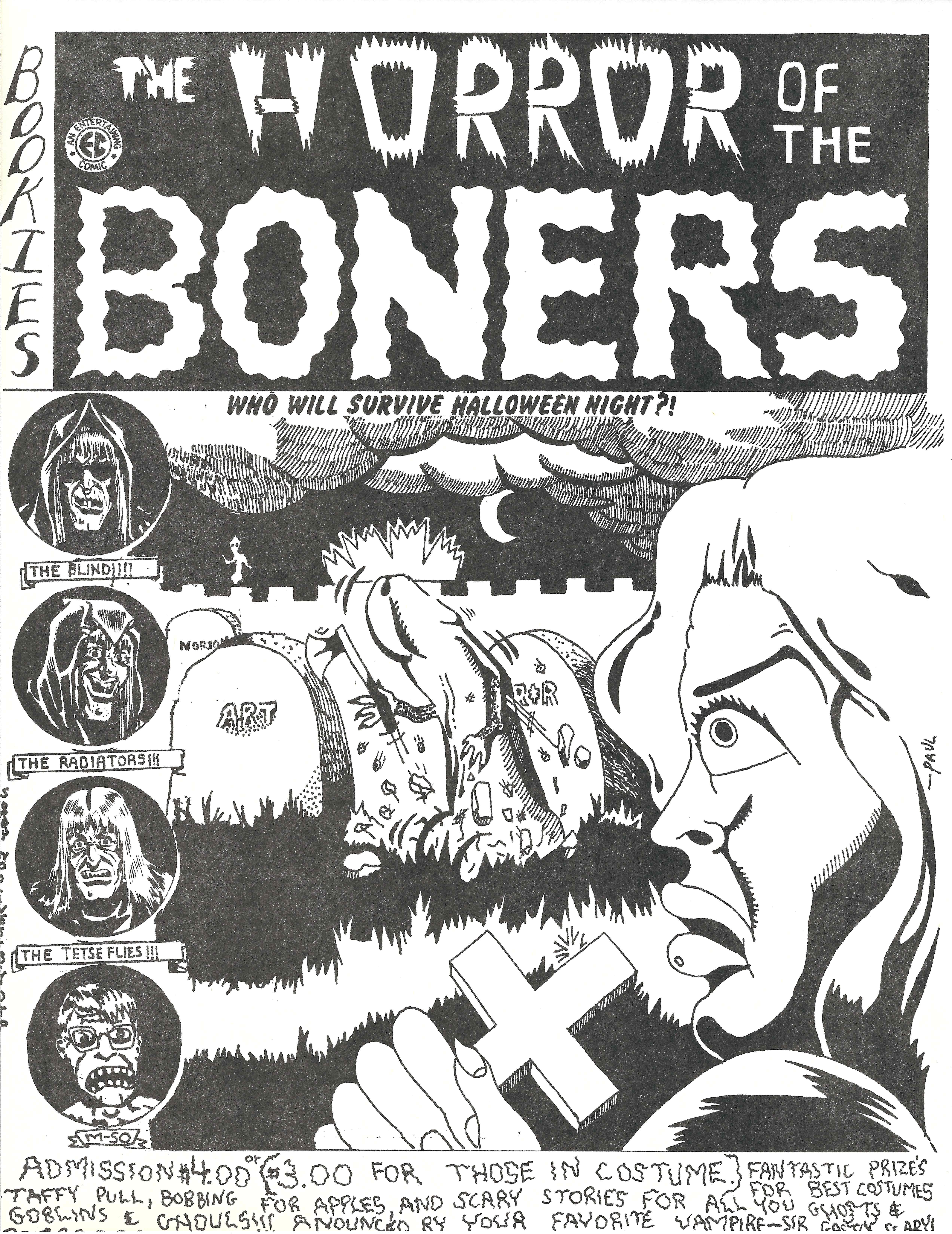 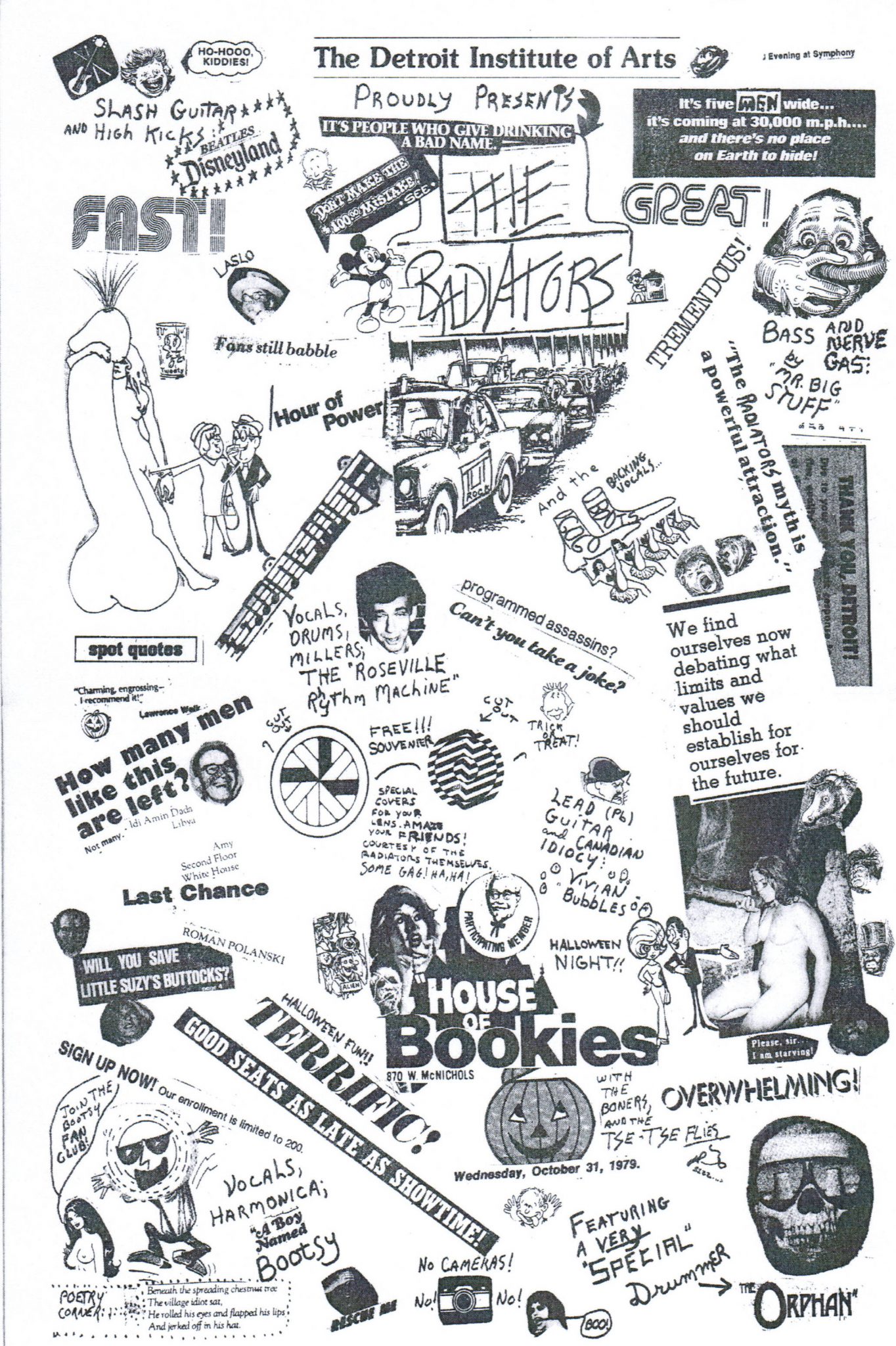 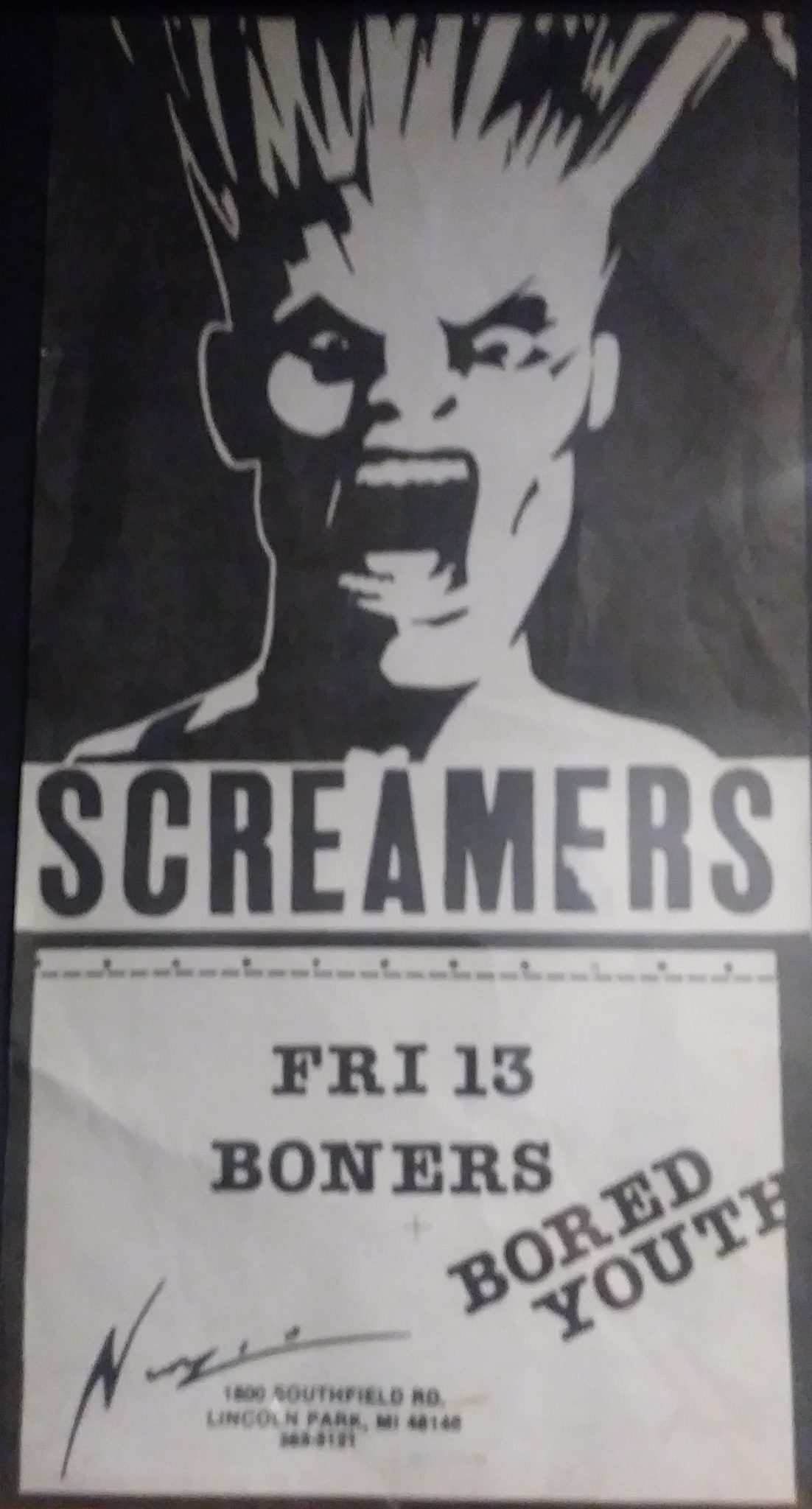 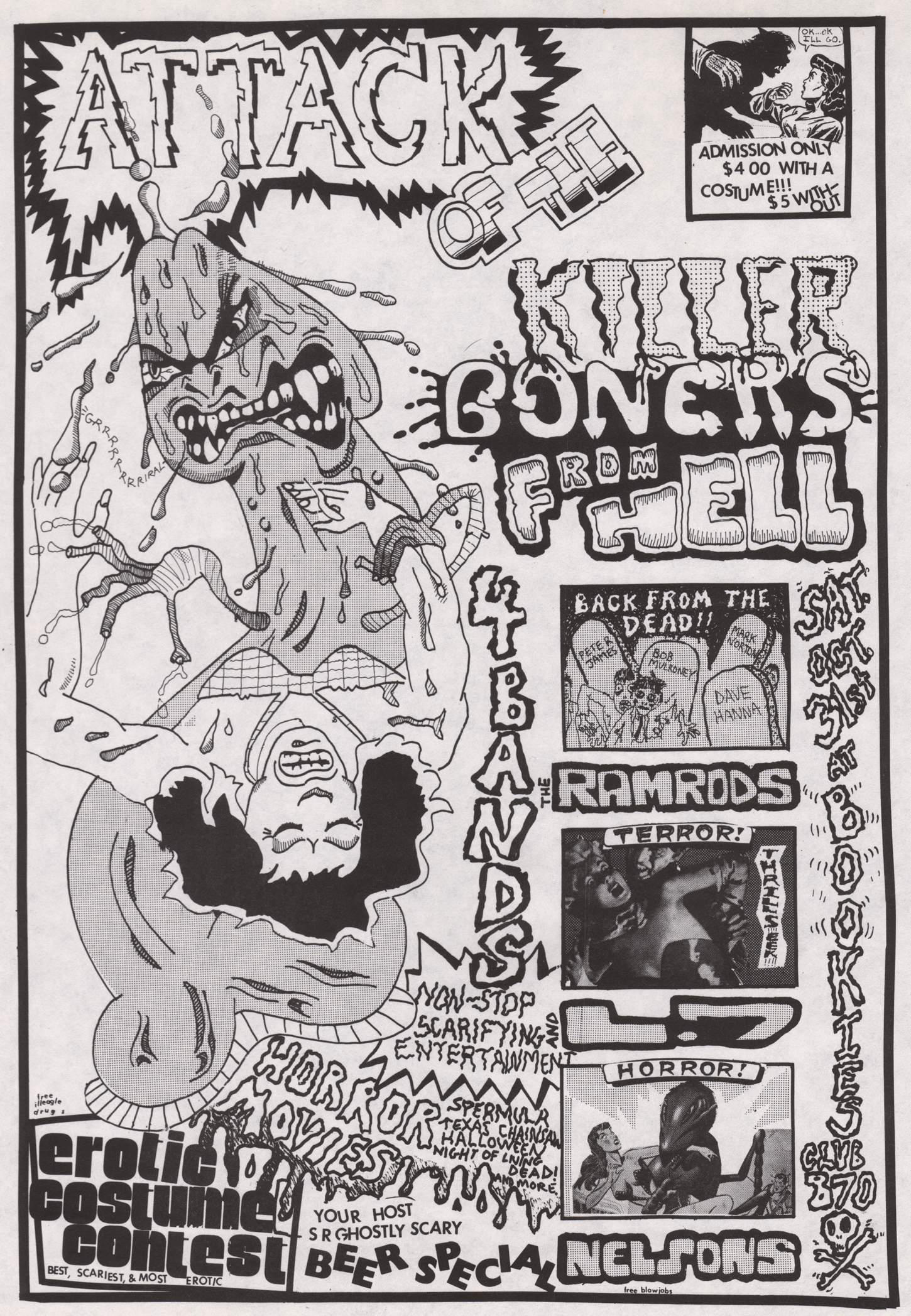 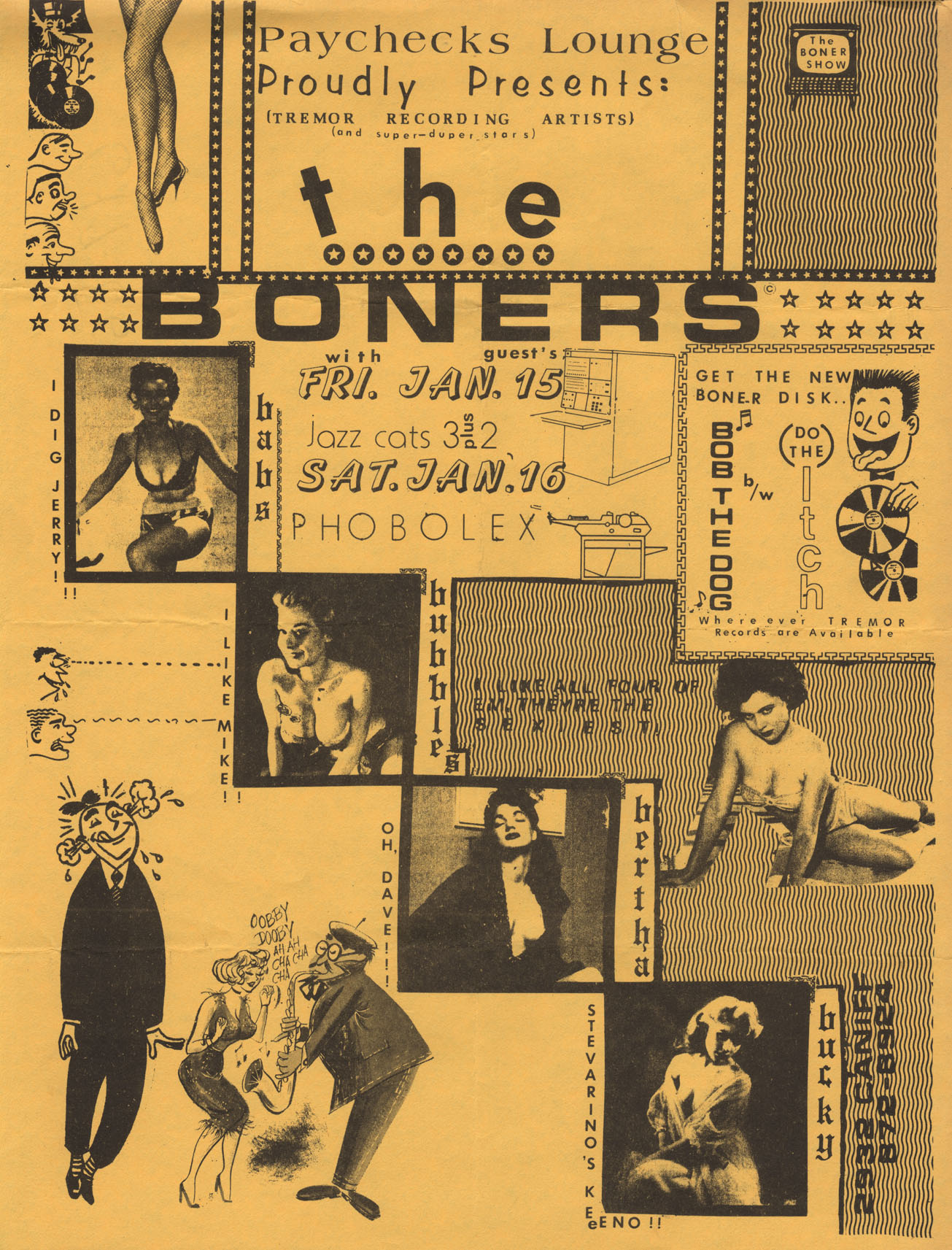 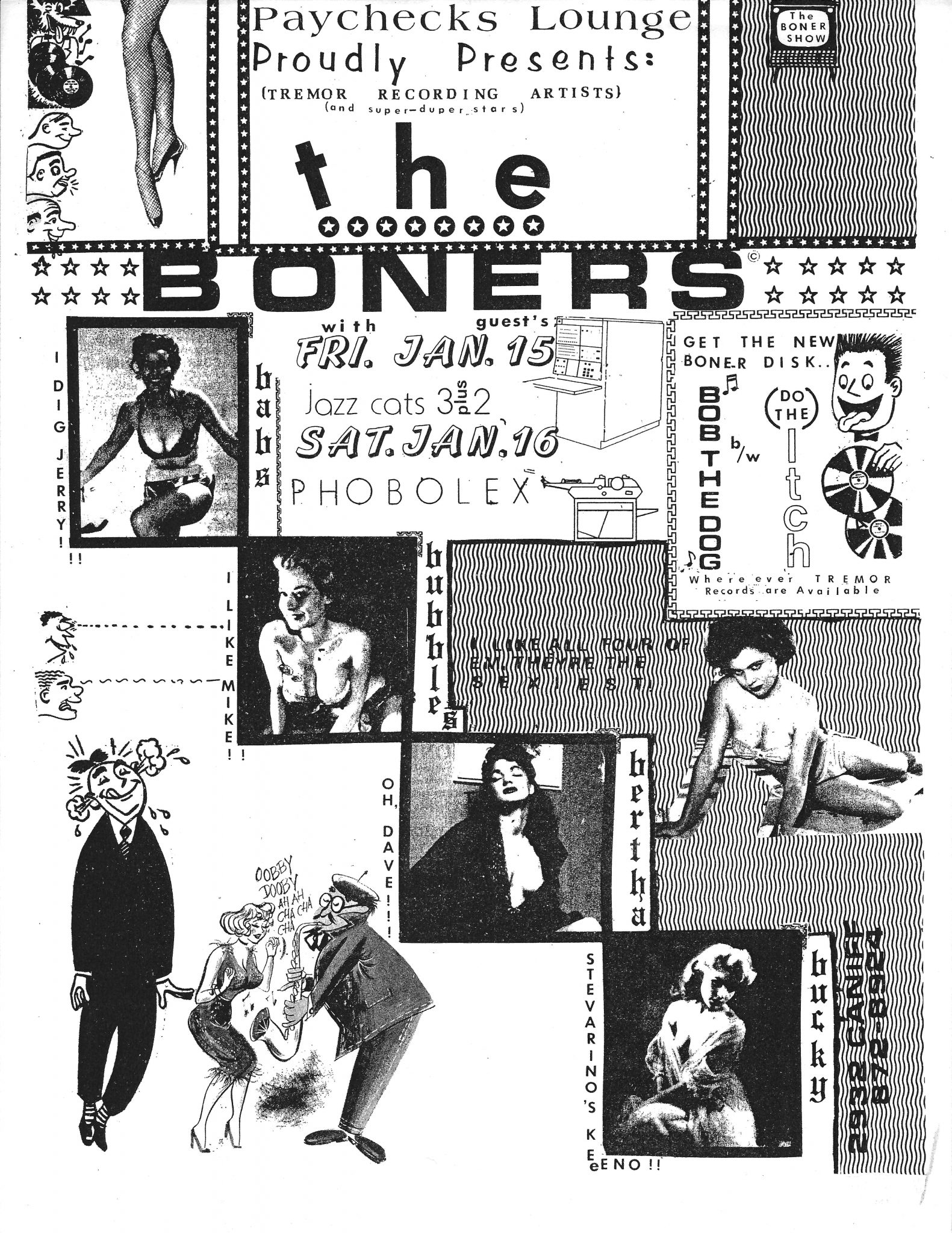 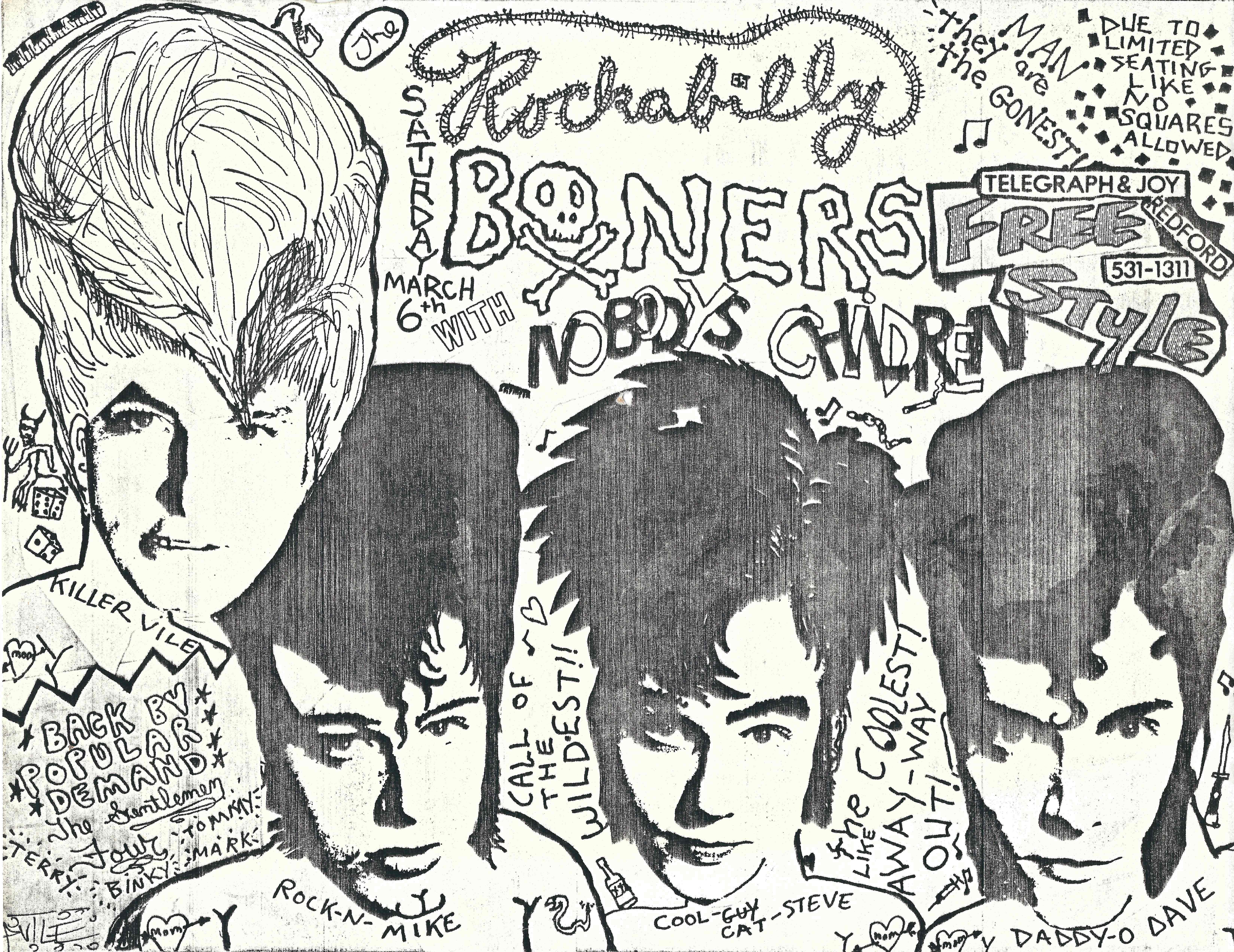 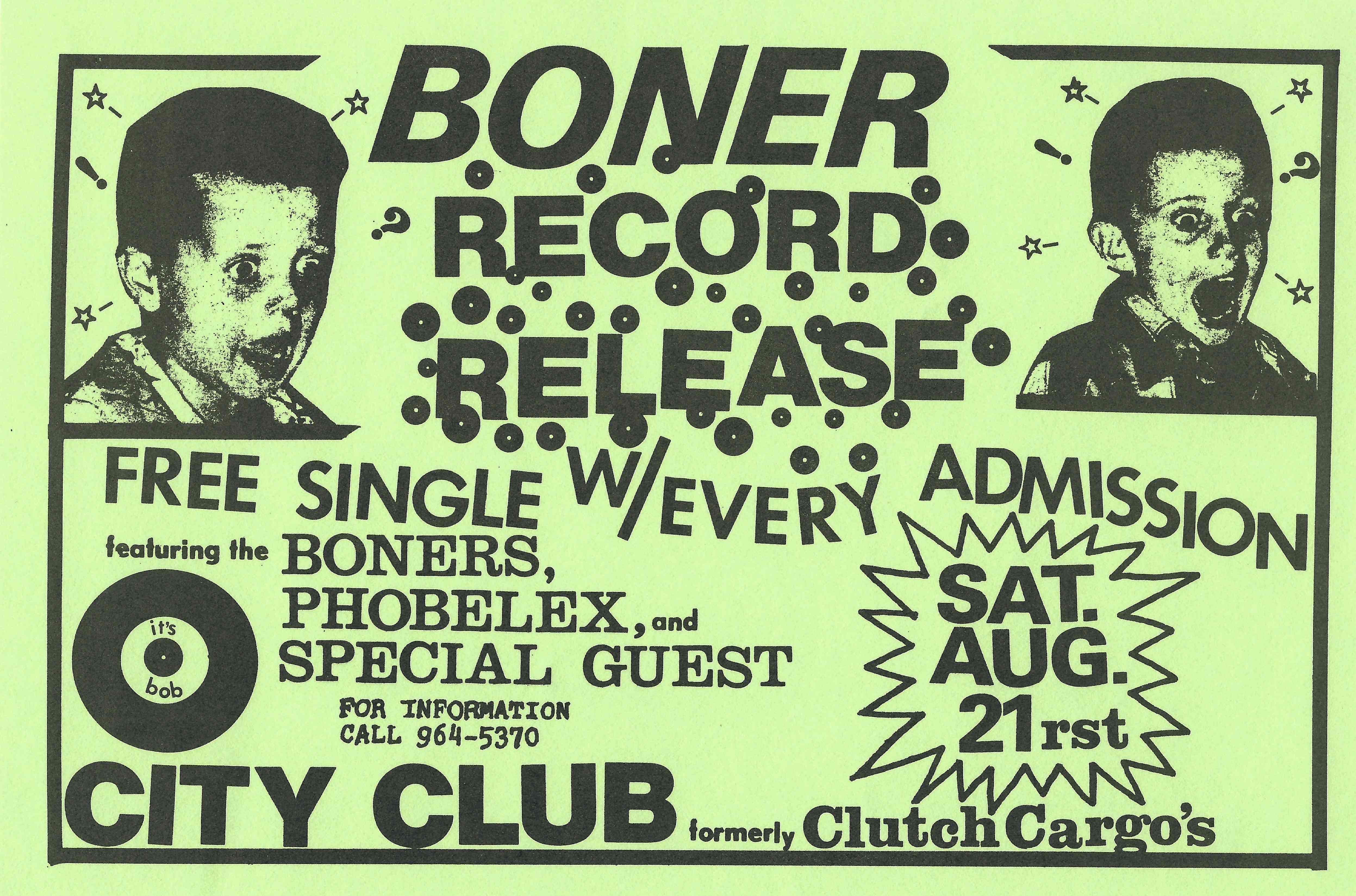 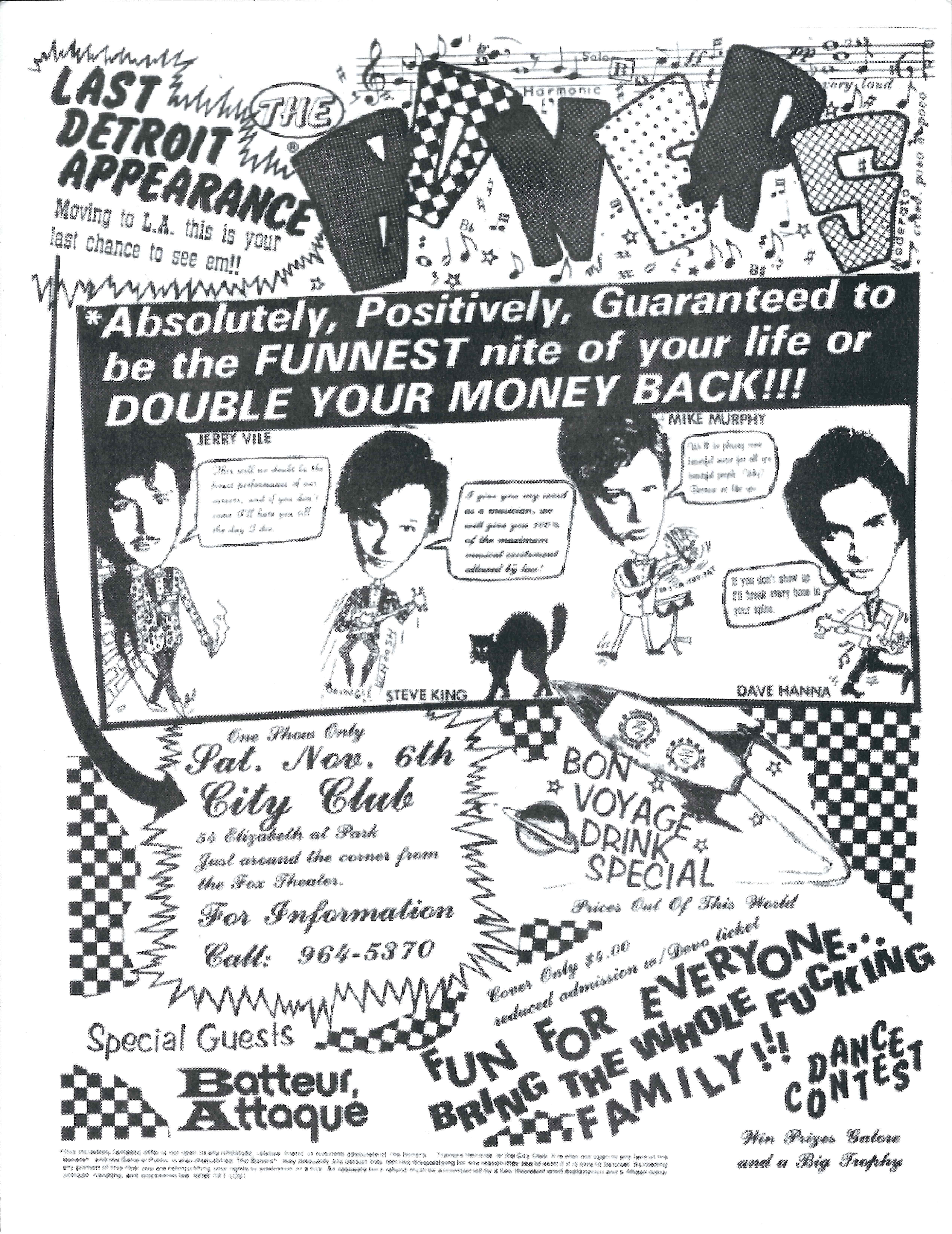 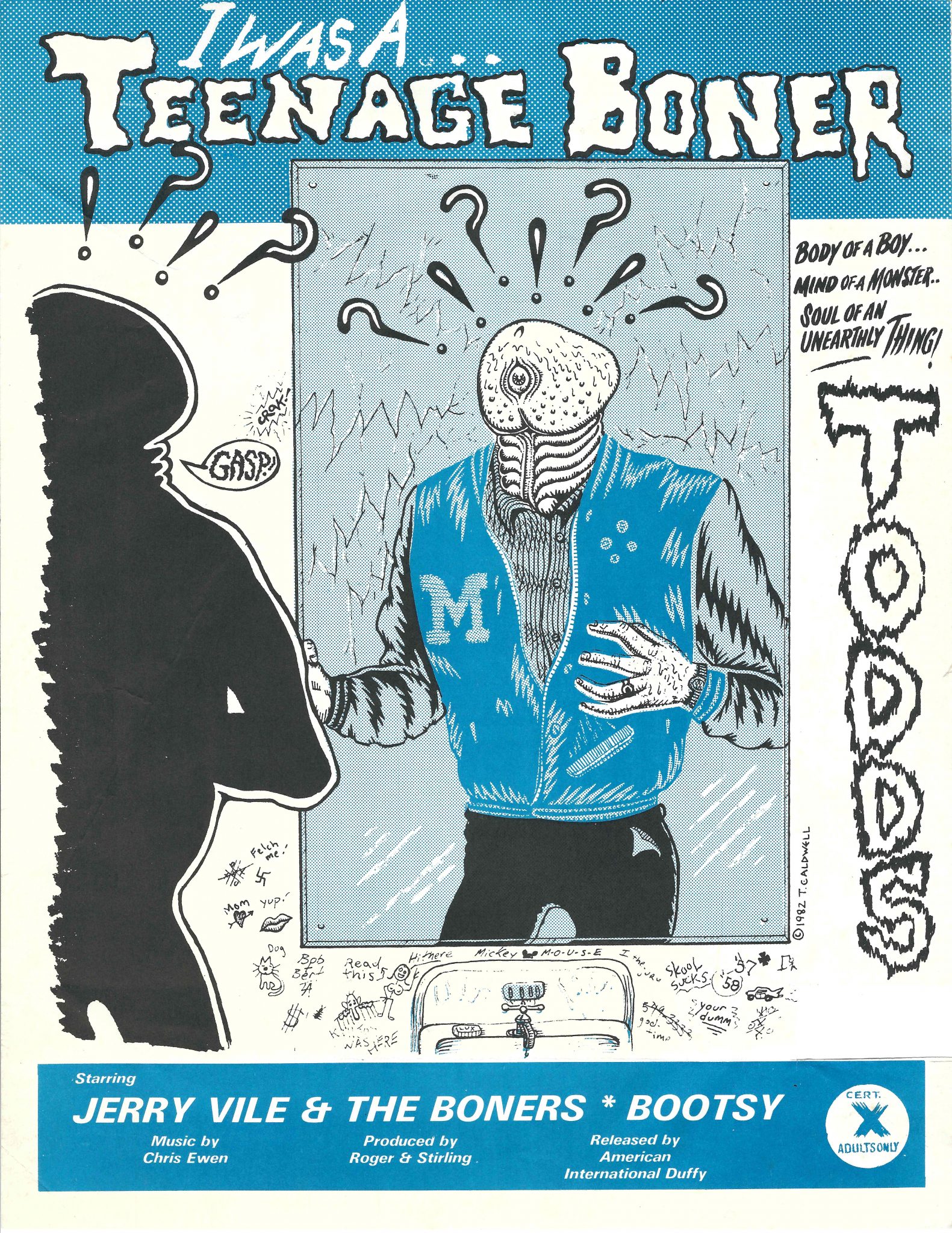 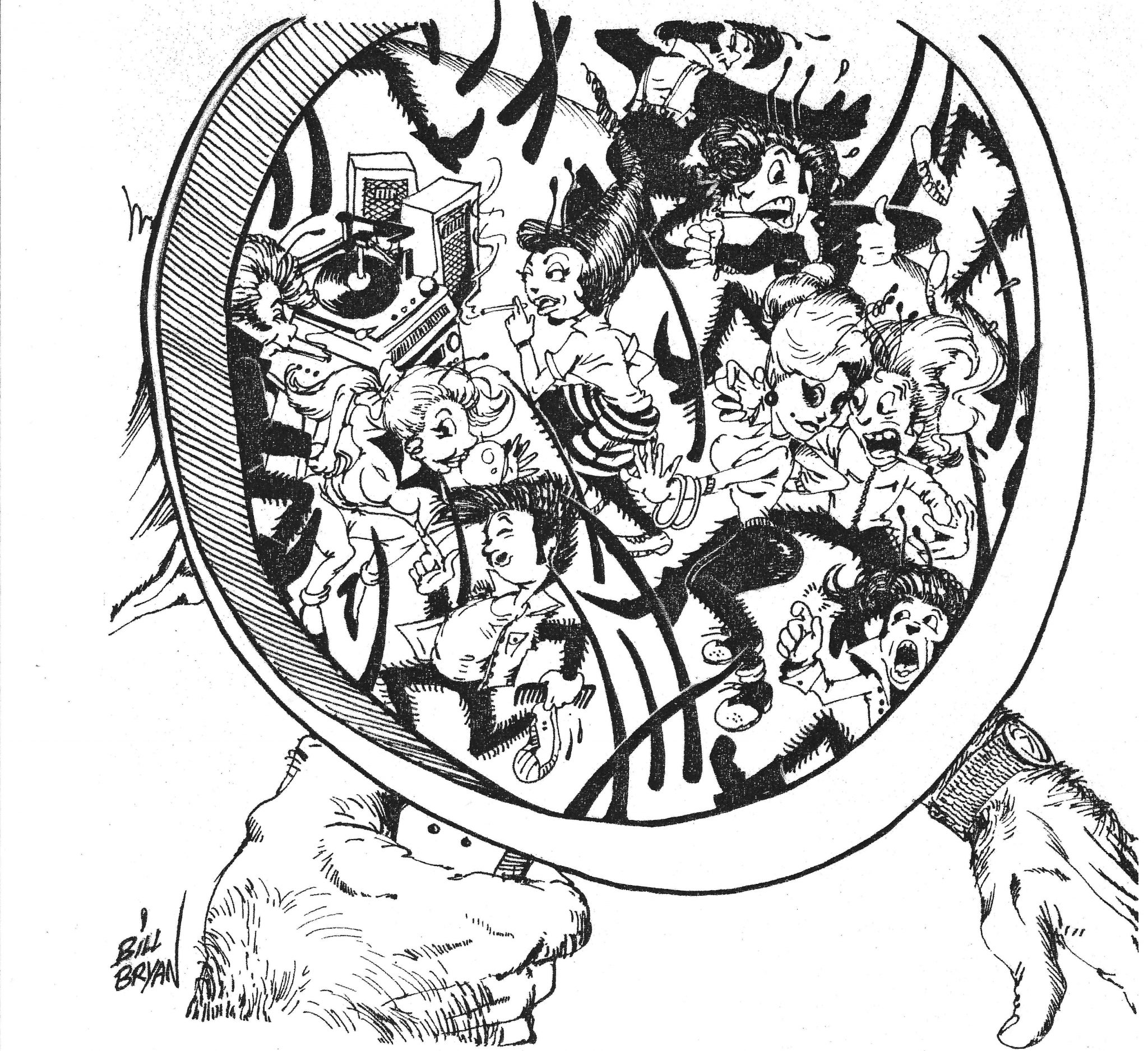 Born out of several other respected bands on the Bookie’s scene, notably The Pigs (later known as The Rushlow-King Combo), The Denizens, and The Ramrods, many who saw The Boners early performances remarked that the group seemed to have started more as an excuse for offense and humor that evolved into one of the best bands on the scene. Known for the performance antics of Jerry Vile, for a time co-publisher of the scene’s White Noise magazine, who sought to bring absurd stage elements to each show. The Boners performances could range from riffs on weddings, Elvis, and TV shows with the most notable being Vile singing while suspended from the ceiling of Bookie’s dressed like “The Flying Nun”.

The first version of the band featured Vile on vocals, Michael Rushlow on guitar and Steve King on bass (of The Pigs/Rushlow-King Combo), and Mike Murphy on drums (of The Denizens). Following Rushlow’s move to California in late 1980, Dave Hanna joined on guitar (formerly, The Ramrods and The 27).

The Boners played often at Bookie’s as well as other area venues. A film of Vile’s stage antics eventually got him cast in Jonathan Demme’s 1982 made-for-PBS film “Who Am I This Time?” starring Susan Sarandon and Christopher Walken.

Drummer Mike Murphy would leave the kit for the microphone to front another respected group starting in the mid-1980, The Hysteric Narcotics.

Guitarist Dave Hanna would continue to play in several other much loved Detroit rock groups including The Stomp Rockets.

Bassist Steve King would become a Grammy Award Winning music producer/engineer in Detroit working with acts as varied as Aretha Franklin, Patti Smith, George Clinton, and Eminem until his death at age of 56 in 2014.

Have a story or information to share about The Boners? You can do that here.

One thought on “The Boners”