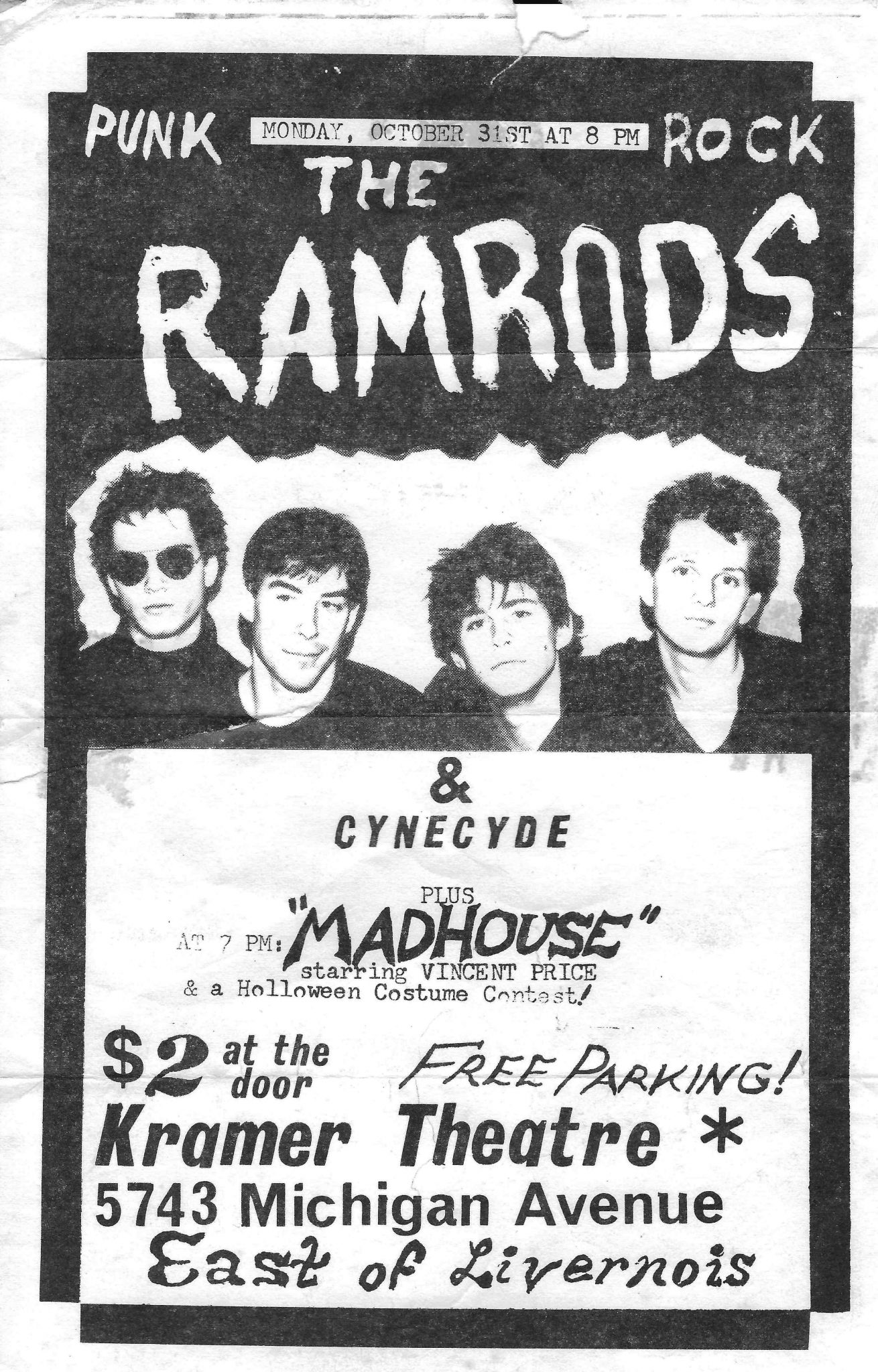 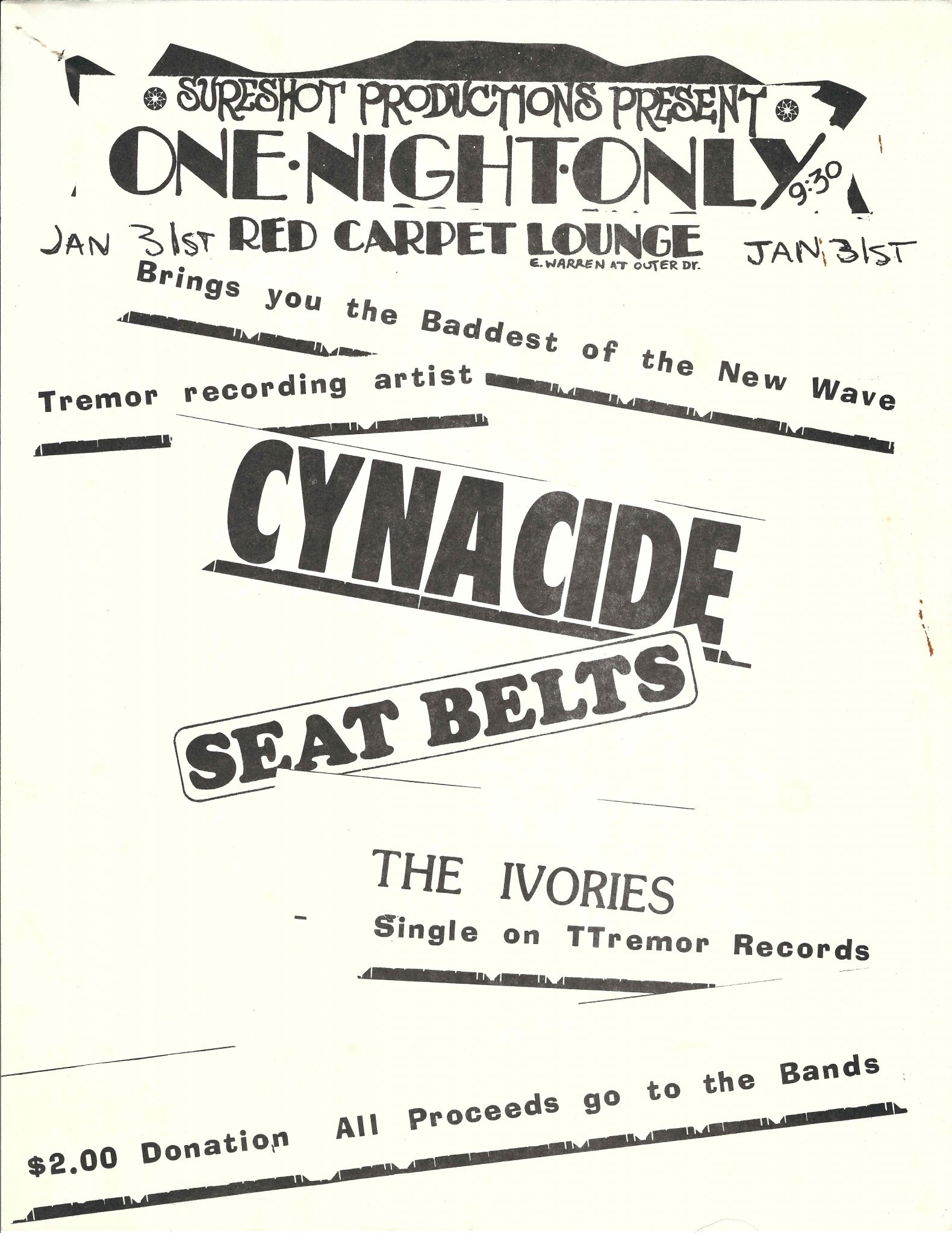 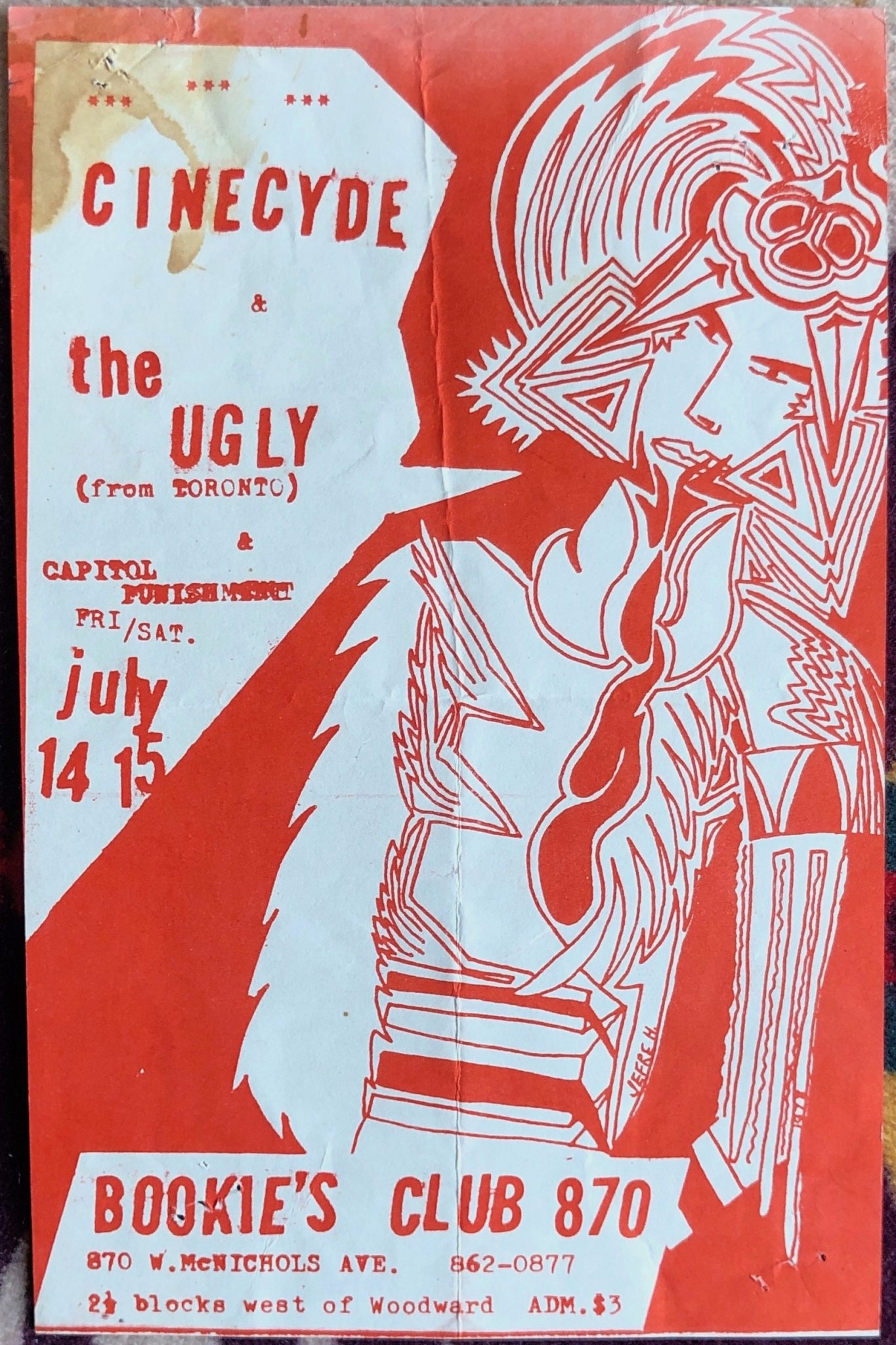 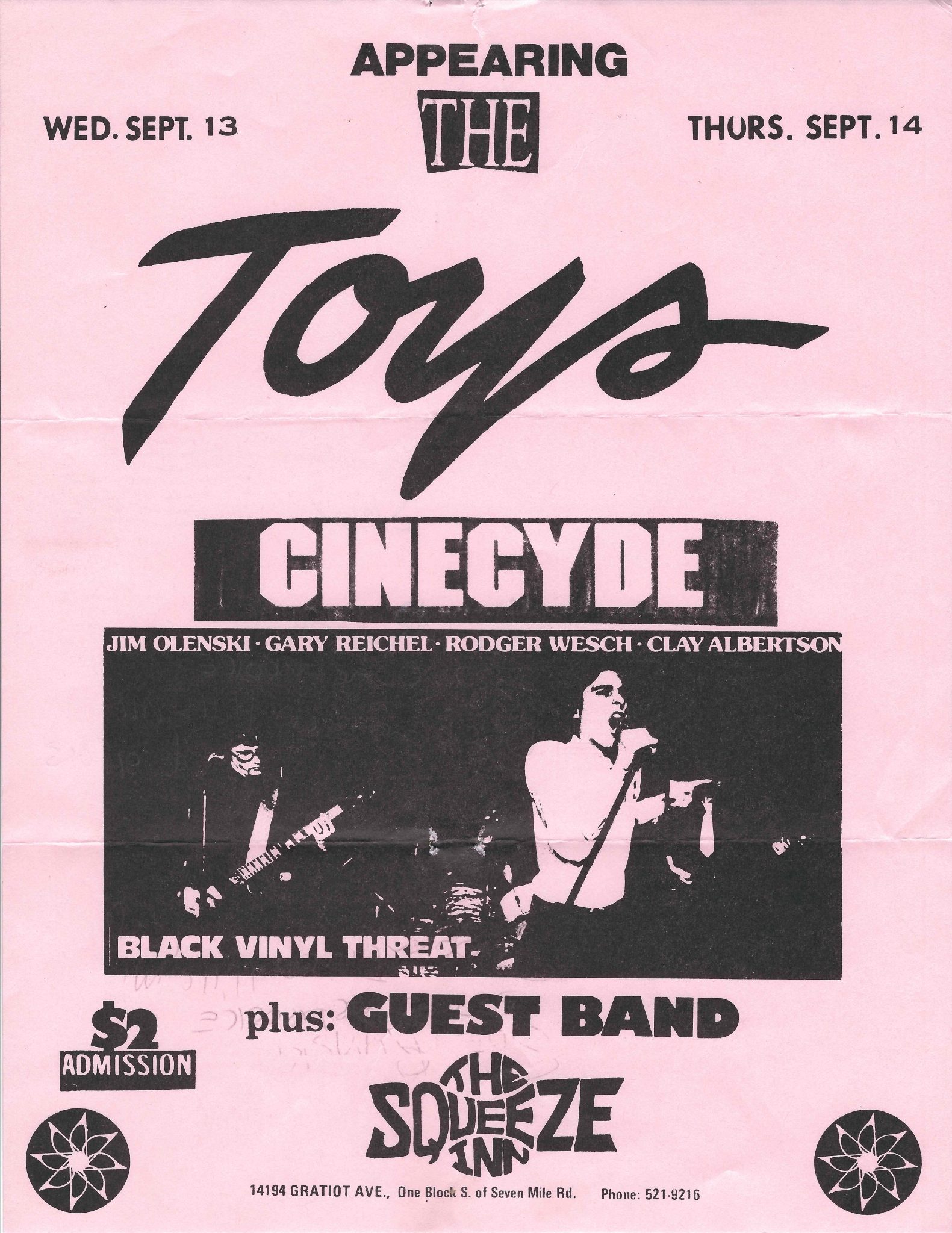 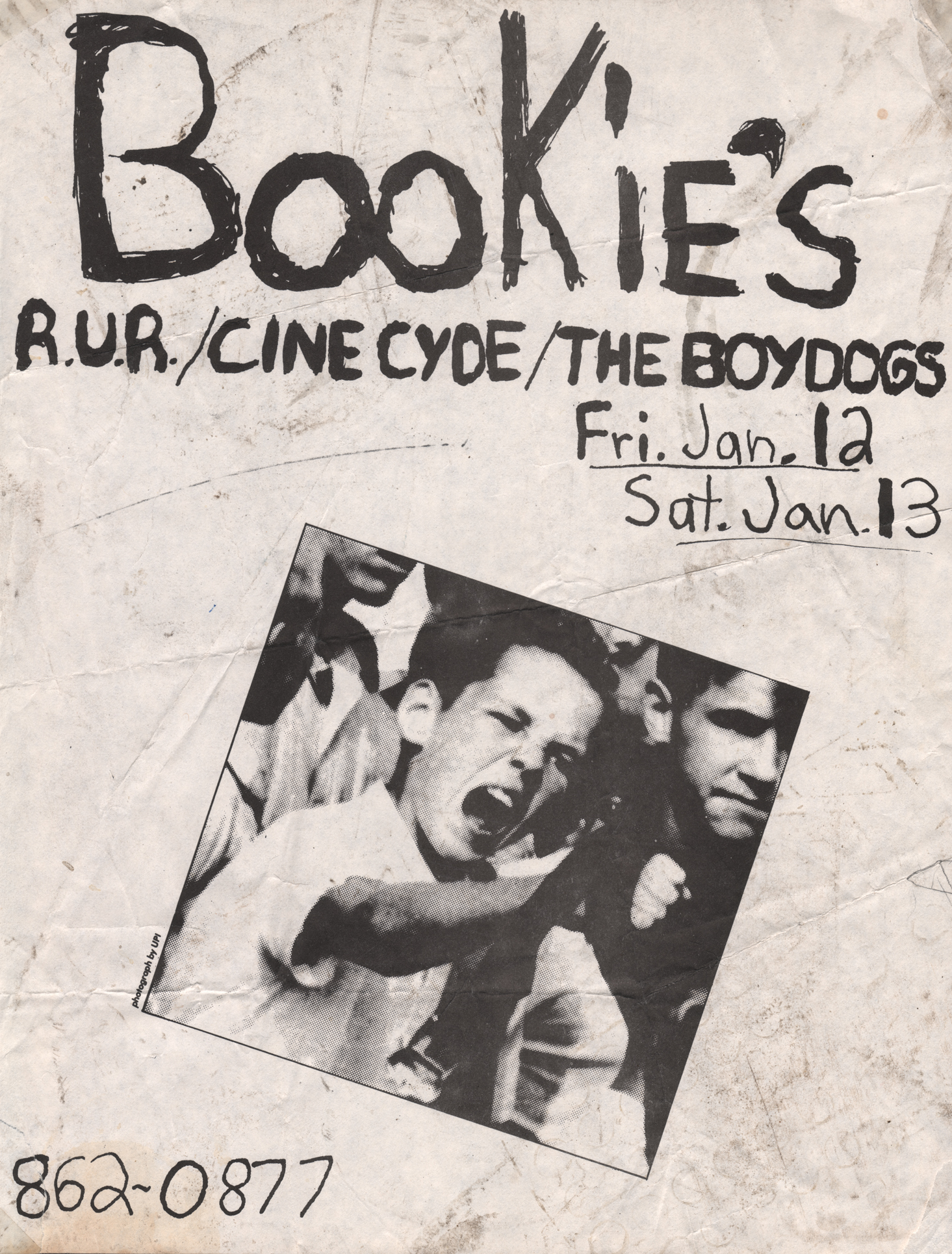 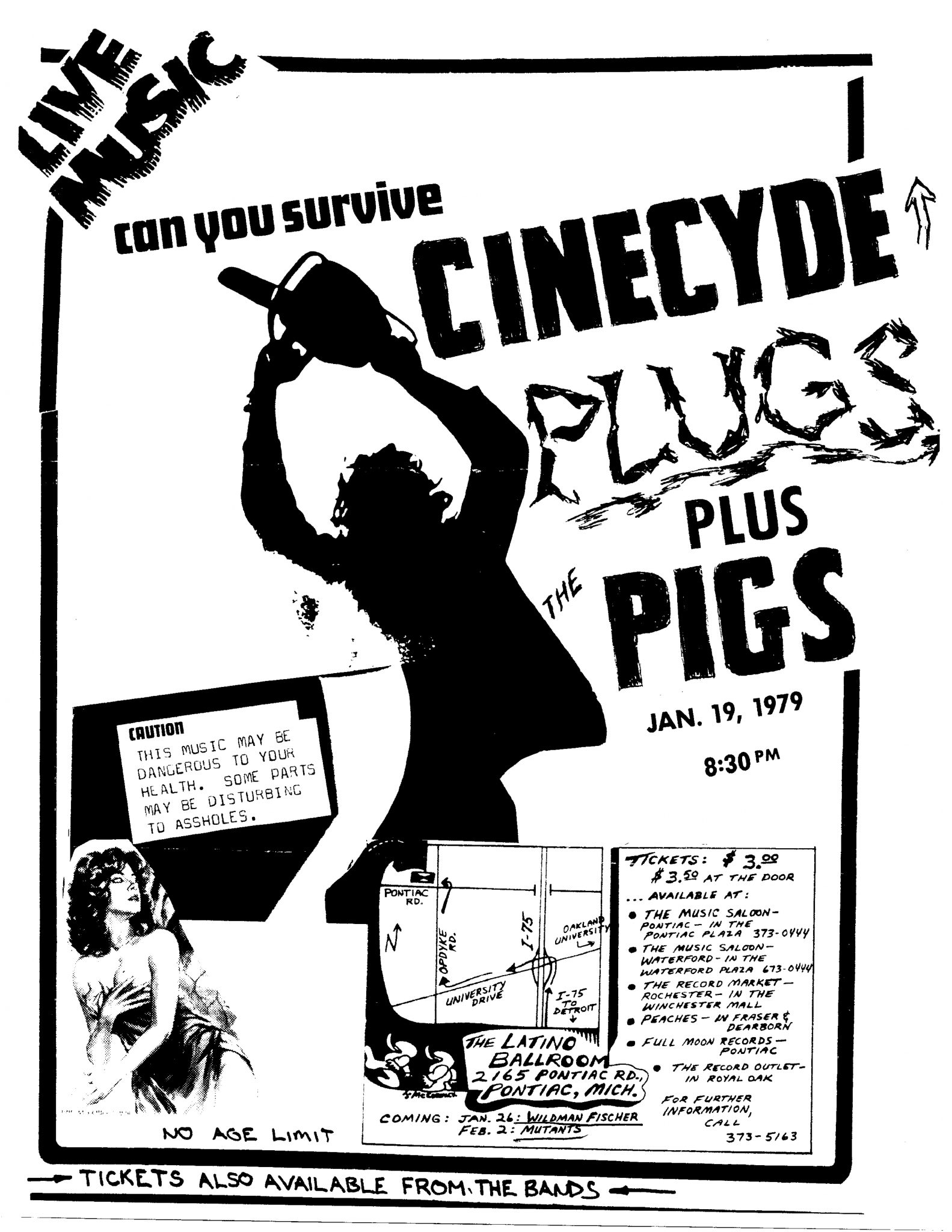 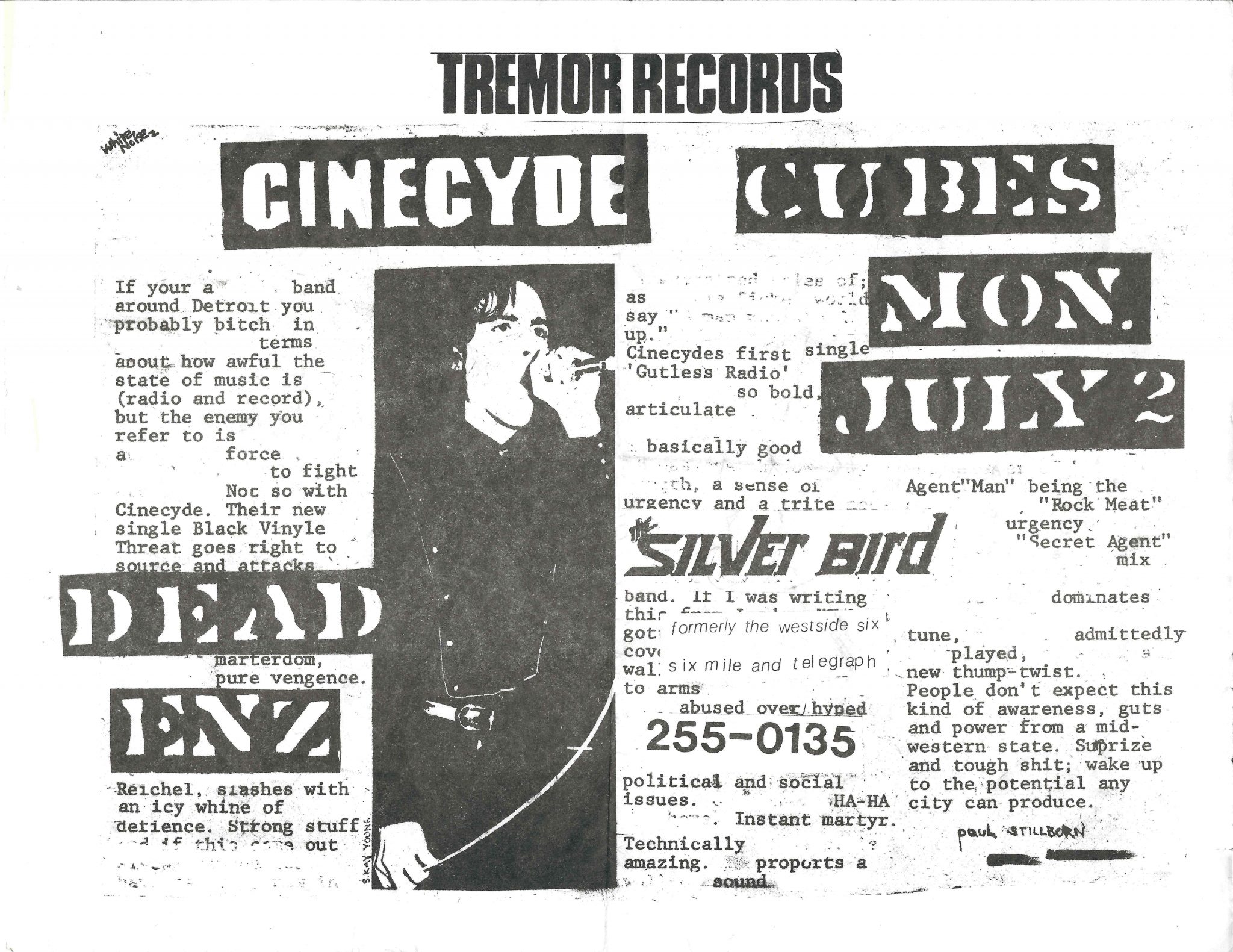 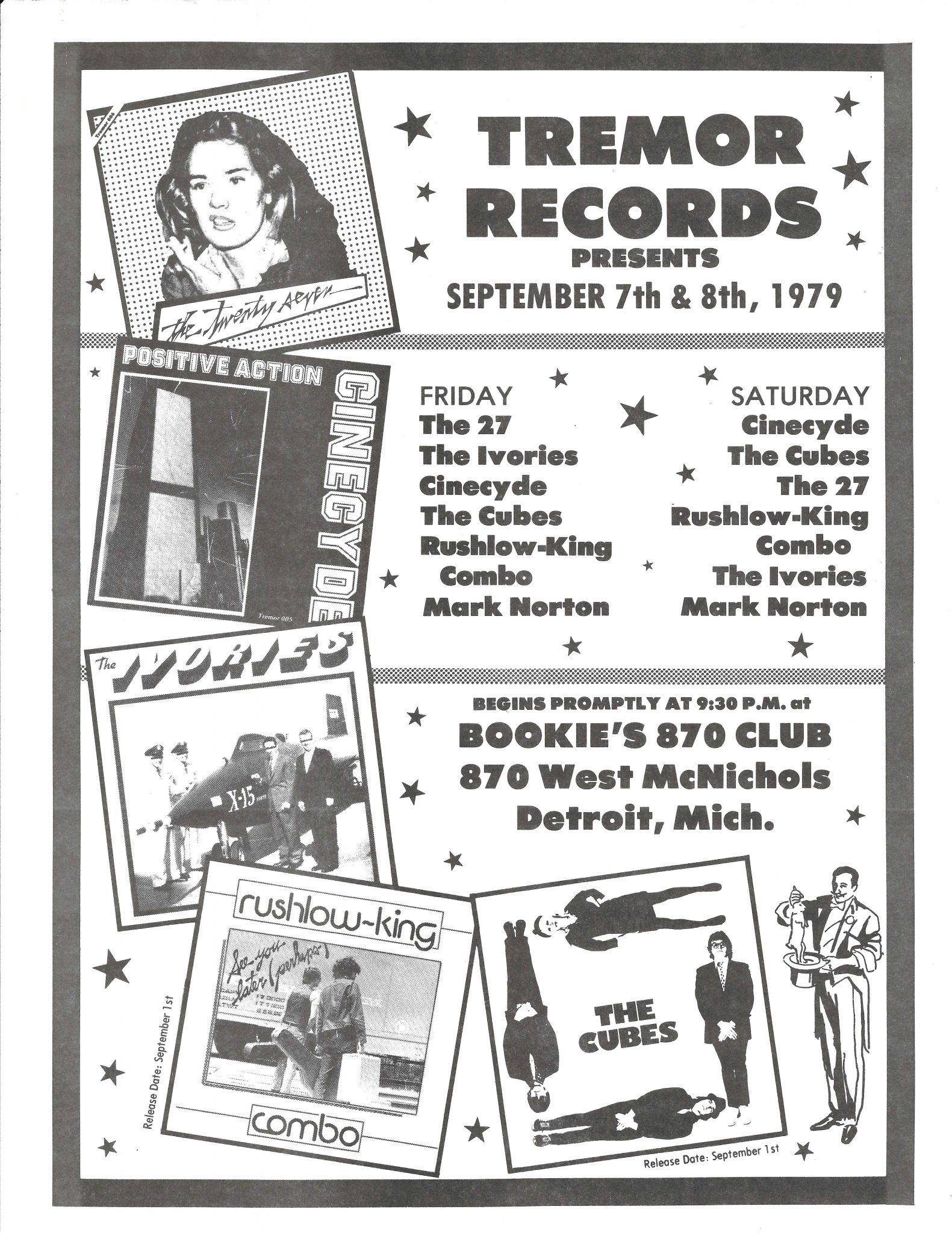 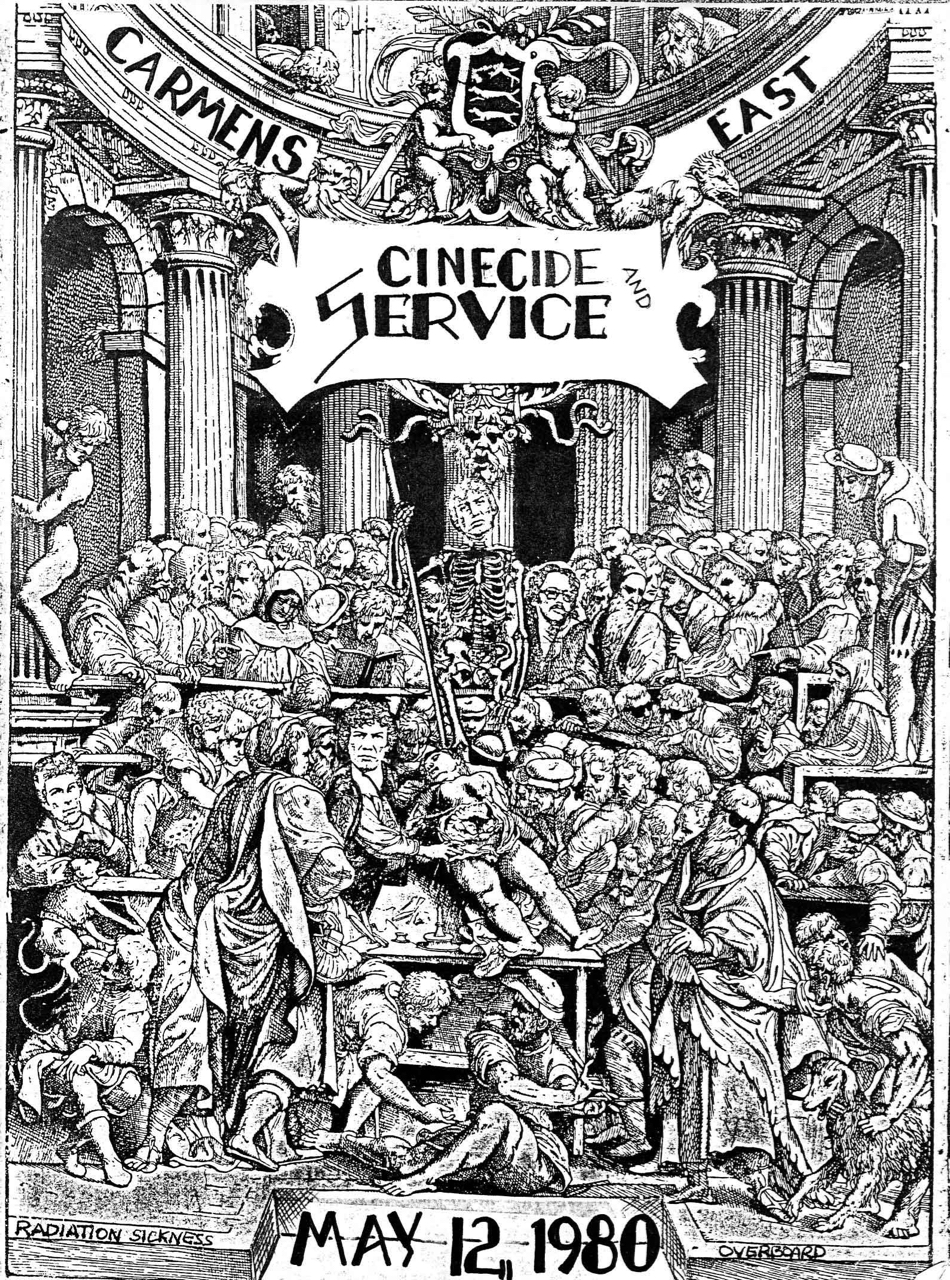 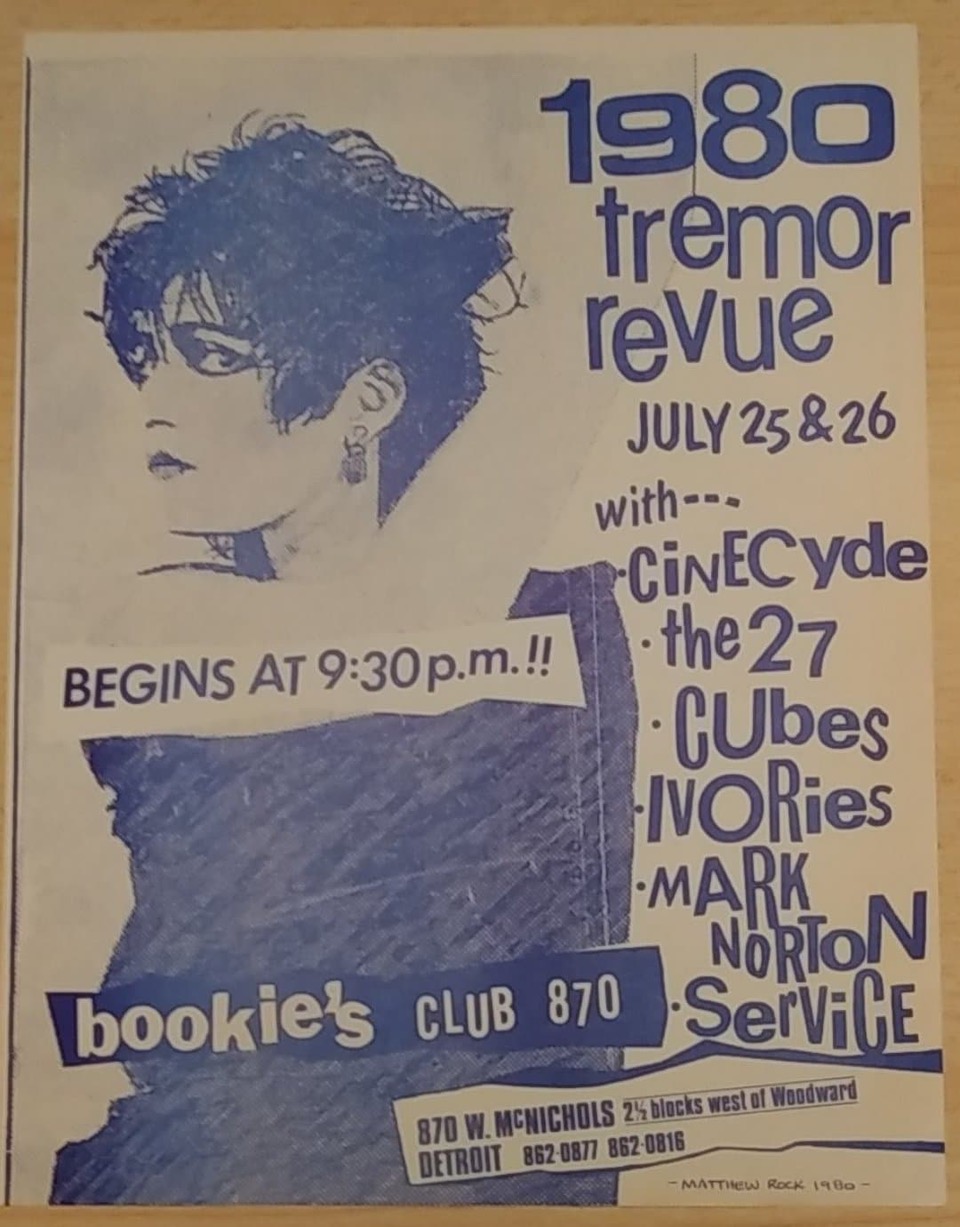 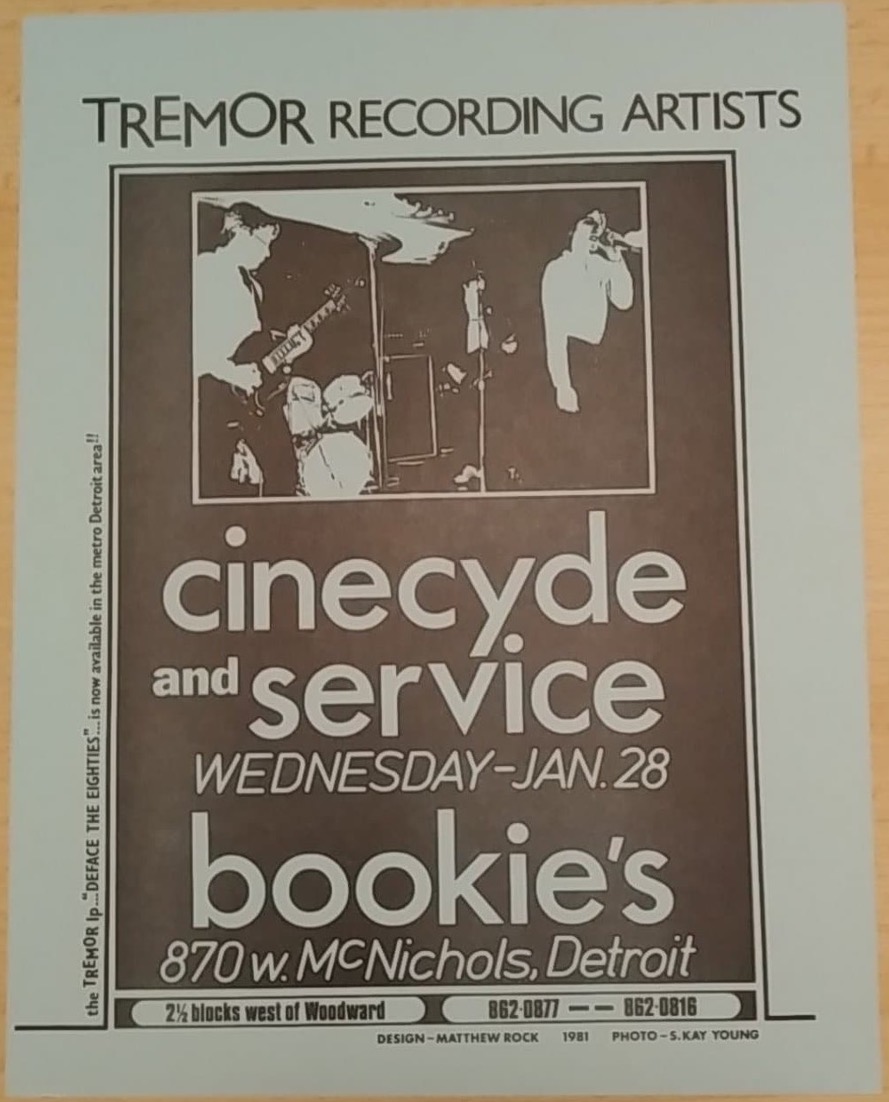 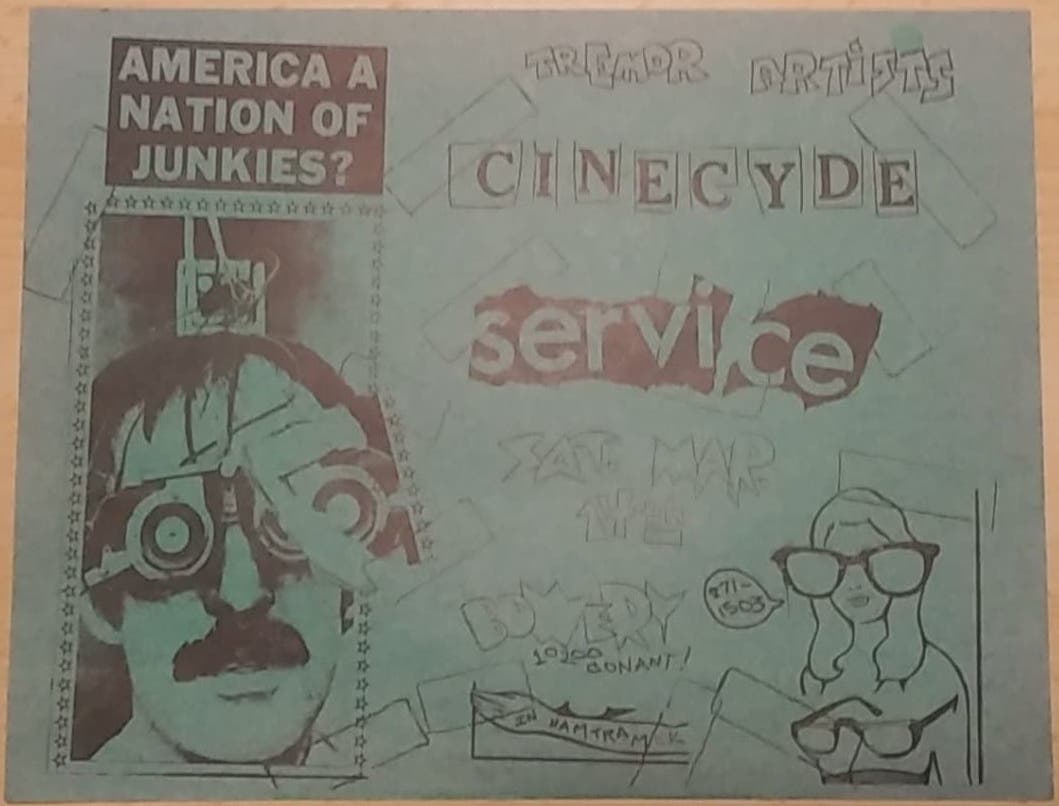 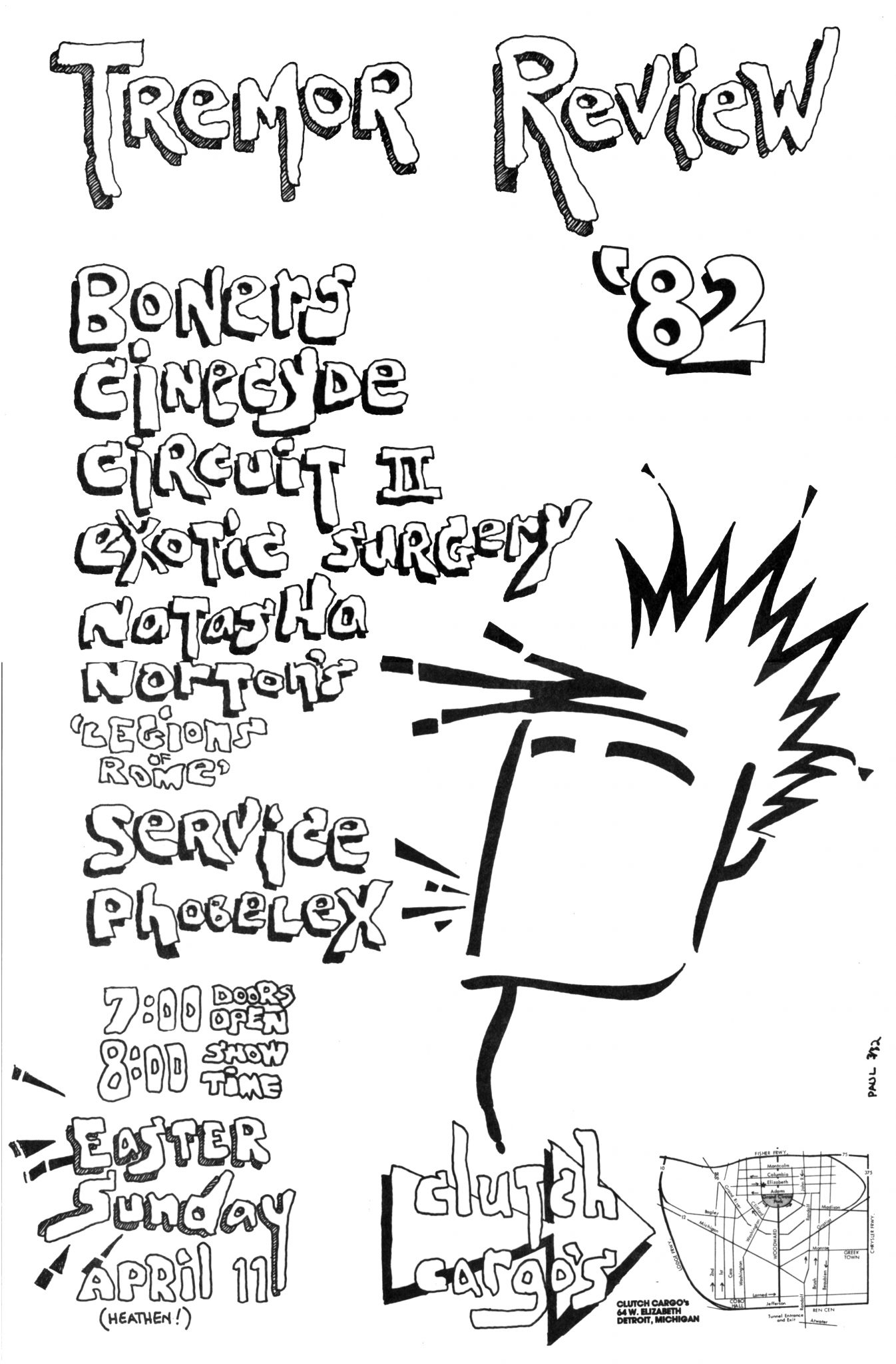 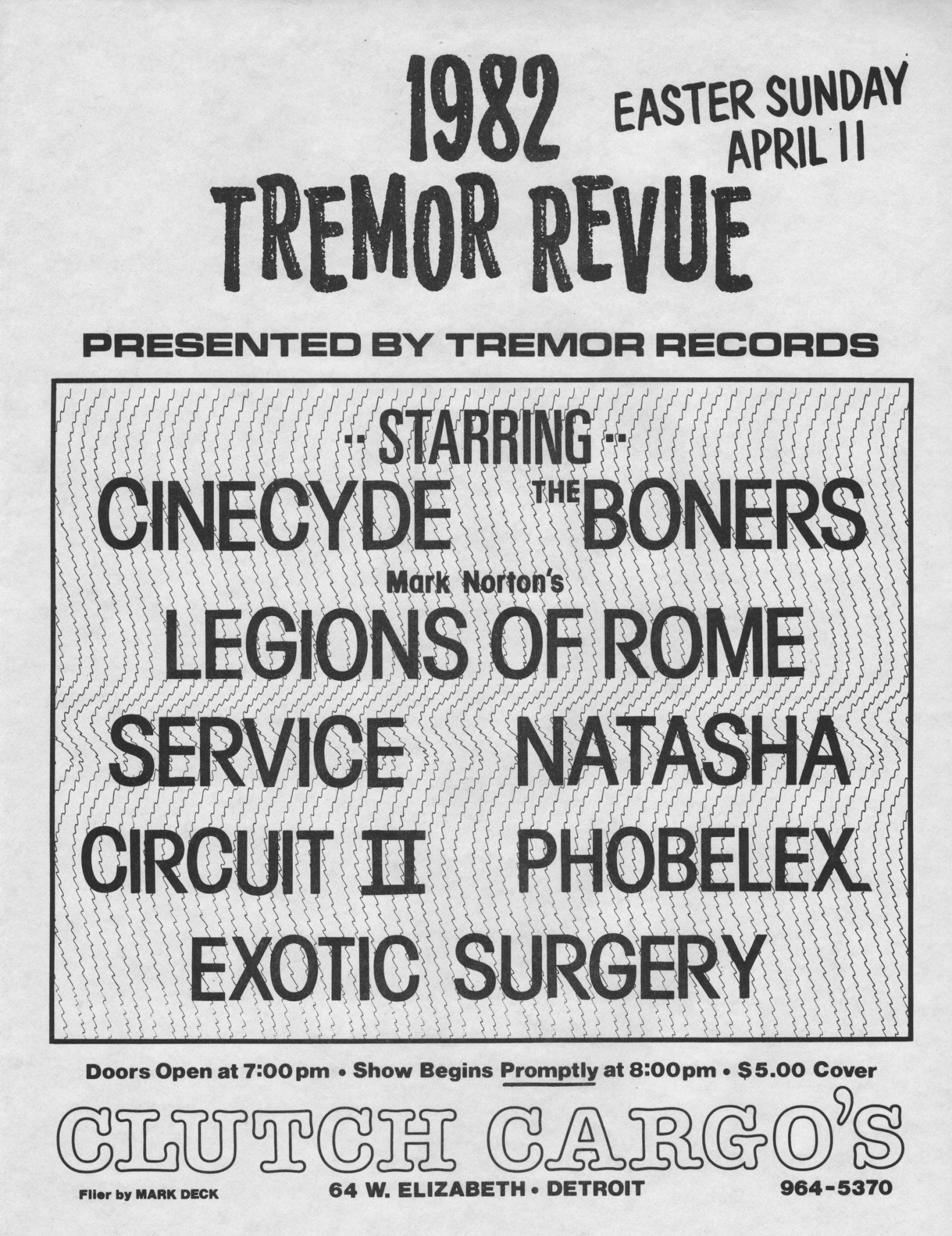 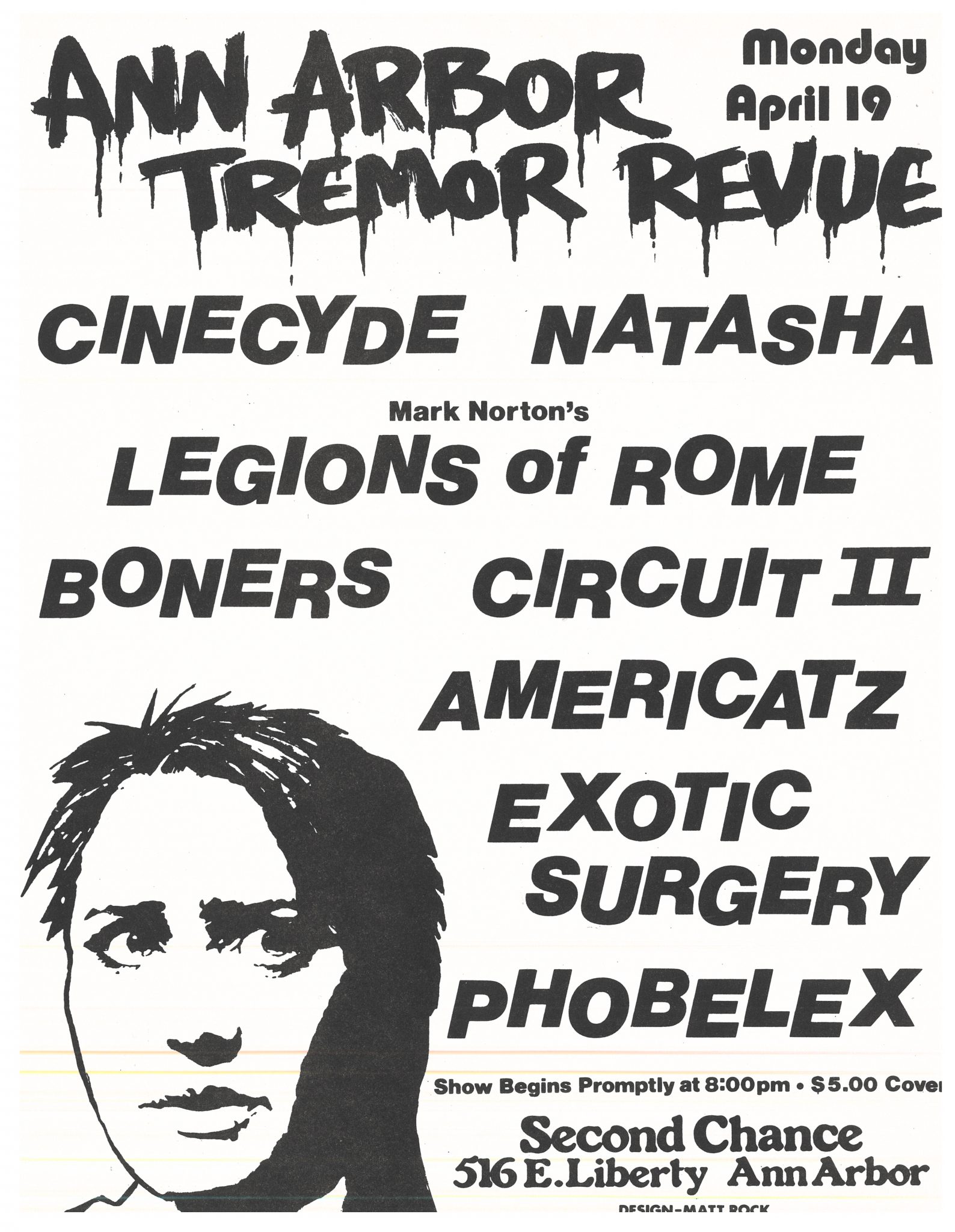 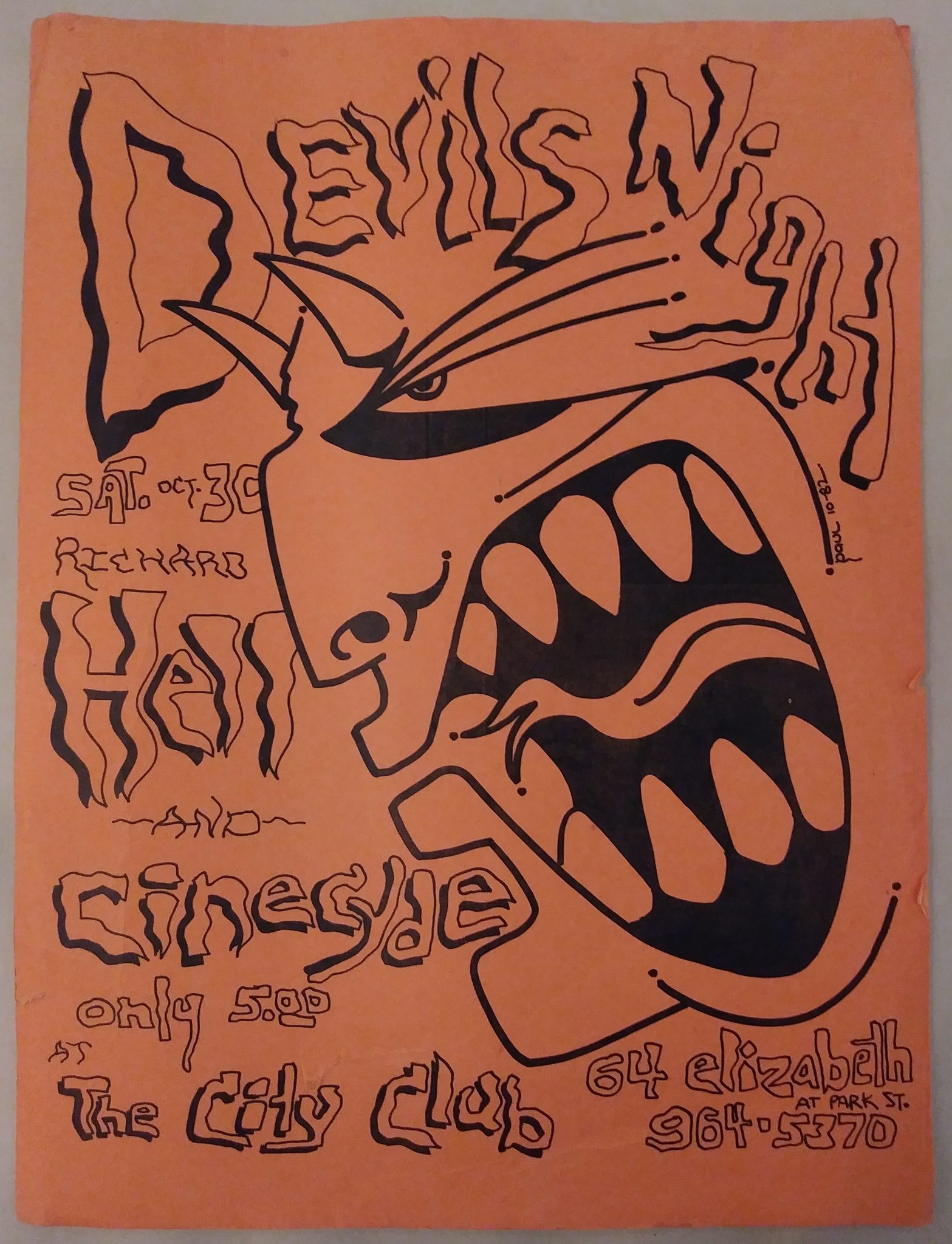 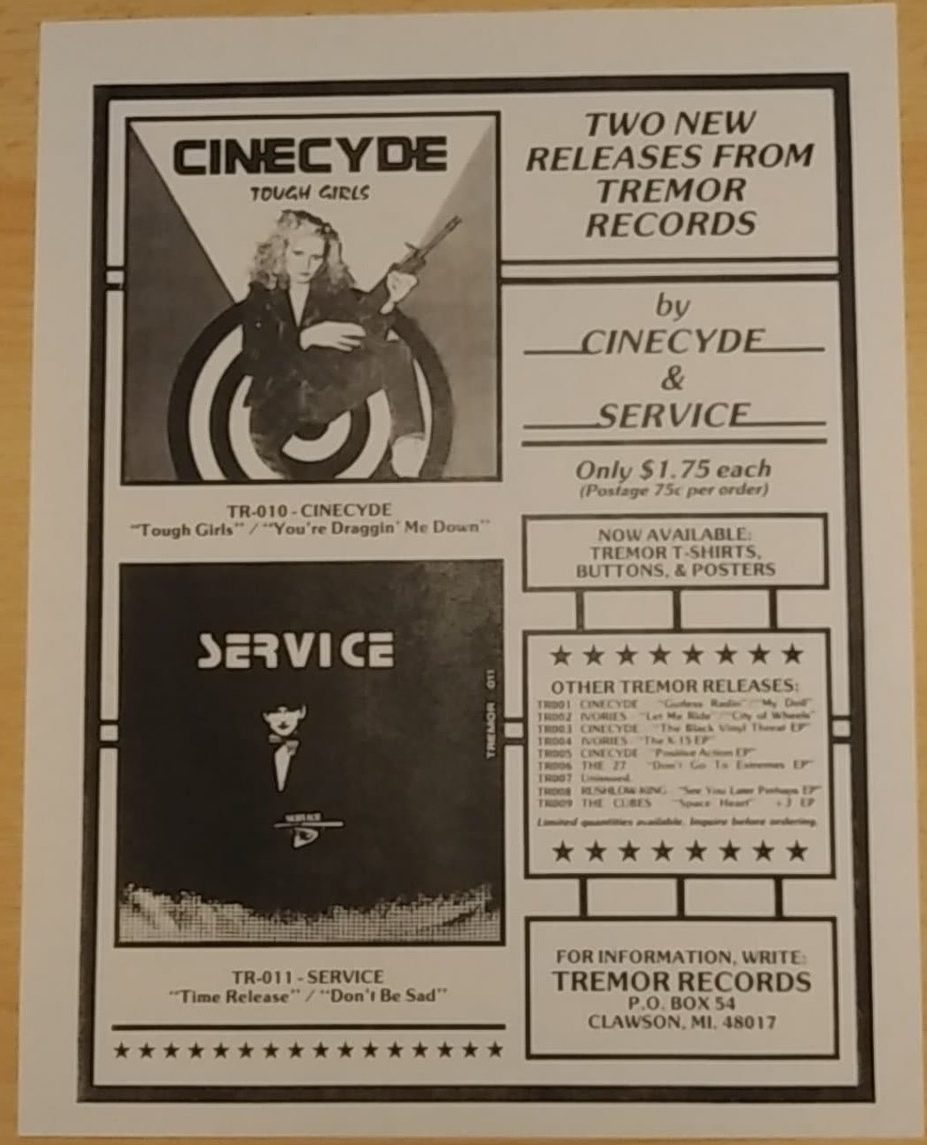 Founded at sometime before mid-1976, Cinecyde has been led by Gary Reichel (vocalist) and Jim Olenski (guitar), who met in the 8th grade, and has been active since with some lineup changes, mostly drummers. Cinecyde is often credited with the “first punk single from Detroit” for its Spring 1977 release of “Gutless Radio” – an attack on corporate radio of the era which refused to play the new independent music often referred to as “punk rock” or “new wave”.

Beyond the band, Reichel is the founder of Tremor Records – a long running record label in Detroit focused on punk rock music of the period. A large number of bands from the Bookie’s era had singles, or were included on compilation albums, released on Tremor from the late 1970s through the late 1980s.

Also of note, Reichel and Olenski started the band while working for a Royal Oak store called Thomas Film Classics which would later shift from Super 8mm rentals to the cult store known as Thomas Video with the advent of the VHS. Olenski claims Thomas Video was the “first video store in America” by selling/renting/distributing the first releases for 20th Century Fox on Andre Bly‘s Magnetic Video company in 1977 which was based in Farmington Hills, Michigan.

About ten years after the arrival of VHS, 1987, home video revenues surpassed theatrical revenue. Thomas Video became a notable video store for film fans nationally because of its broad list of movies not available elsewhere. The shop also employed numerous members of the local rock and arts scene to work the counter over the years. Thomas Video closed in 2014.

Have a story or information to share about Cinecyde? You can do that here.