First, the sad news. It was announced that Andy Gill, guitarist and founding member of Gang of Four, died this weekend at the age of 64.

I thought I’d share the flyer image with you for their May 12th, 1980 show at Bookie’s designed by the late, great Detroit artist Gary Grimshaw. 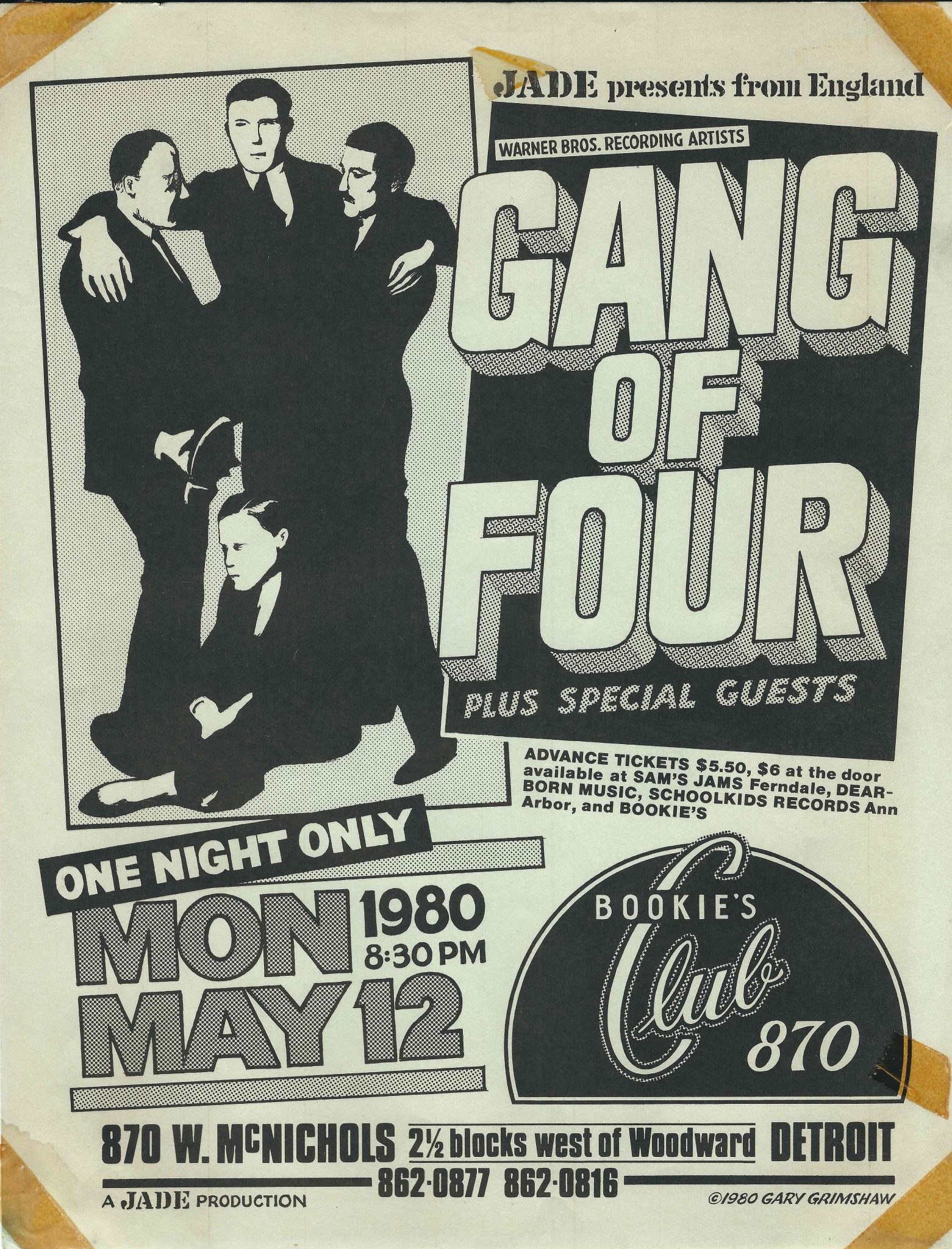 Second, speaking of Bookie’s, I’ve finally completed placing all the flyers for the shows into the calendar rail around the left side of the venue page. That means that you can see every flyer I have for Bookie’s – over 100 different shows and designs.

Previously, I had placed the individual flyers only on the band pages and had just the monthly calendars on the Bookie’s page. Now, they are all there – TAKE A LOOK!

Over the next few weeks, I plan to do the same with all the other venues. So, that way you can see the range of dates and shows at the various clubs.

Have a story or information to share about UPDATES – FEBRUARY 2ND, 2020? You can do that here.