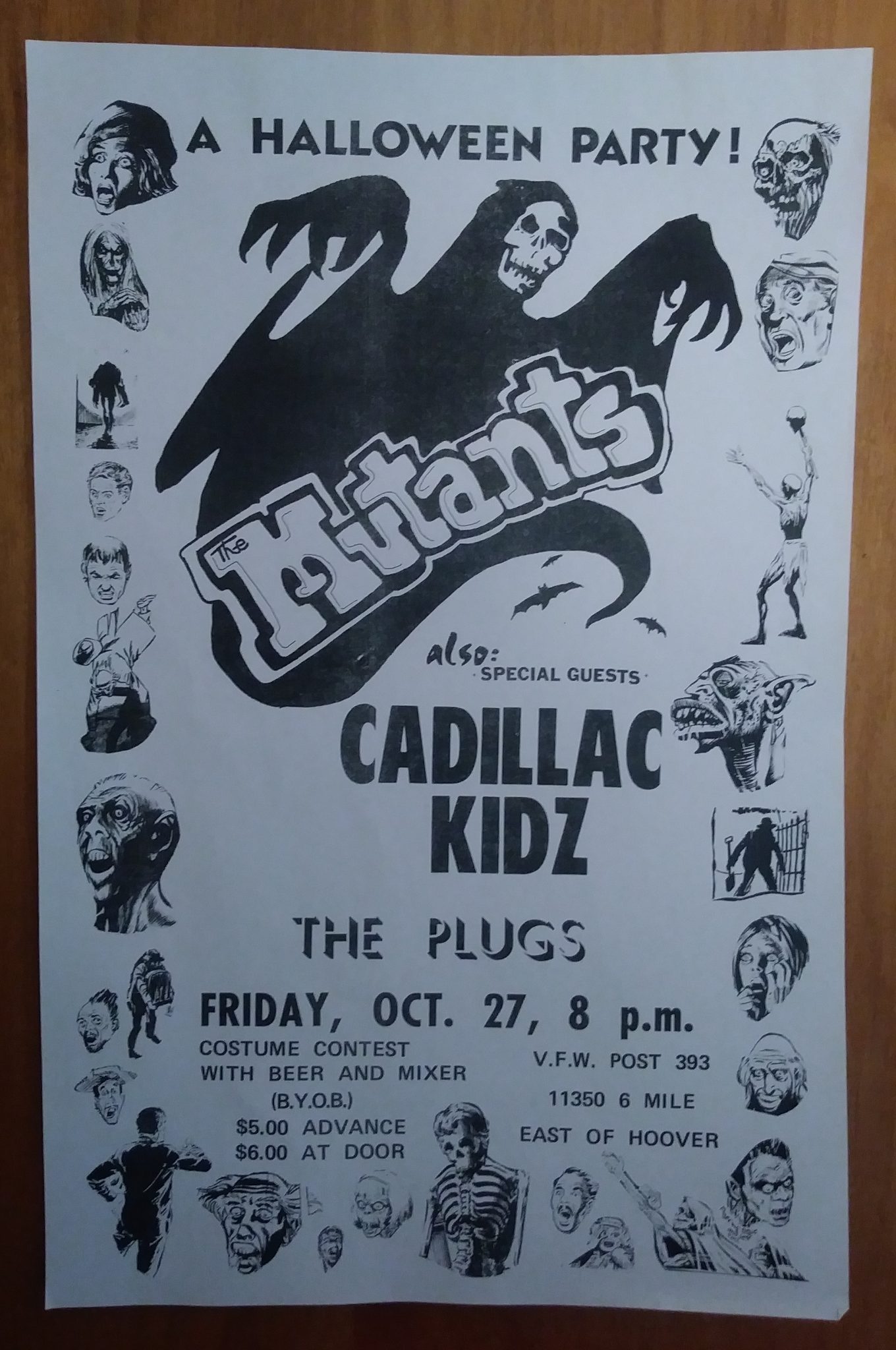 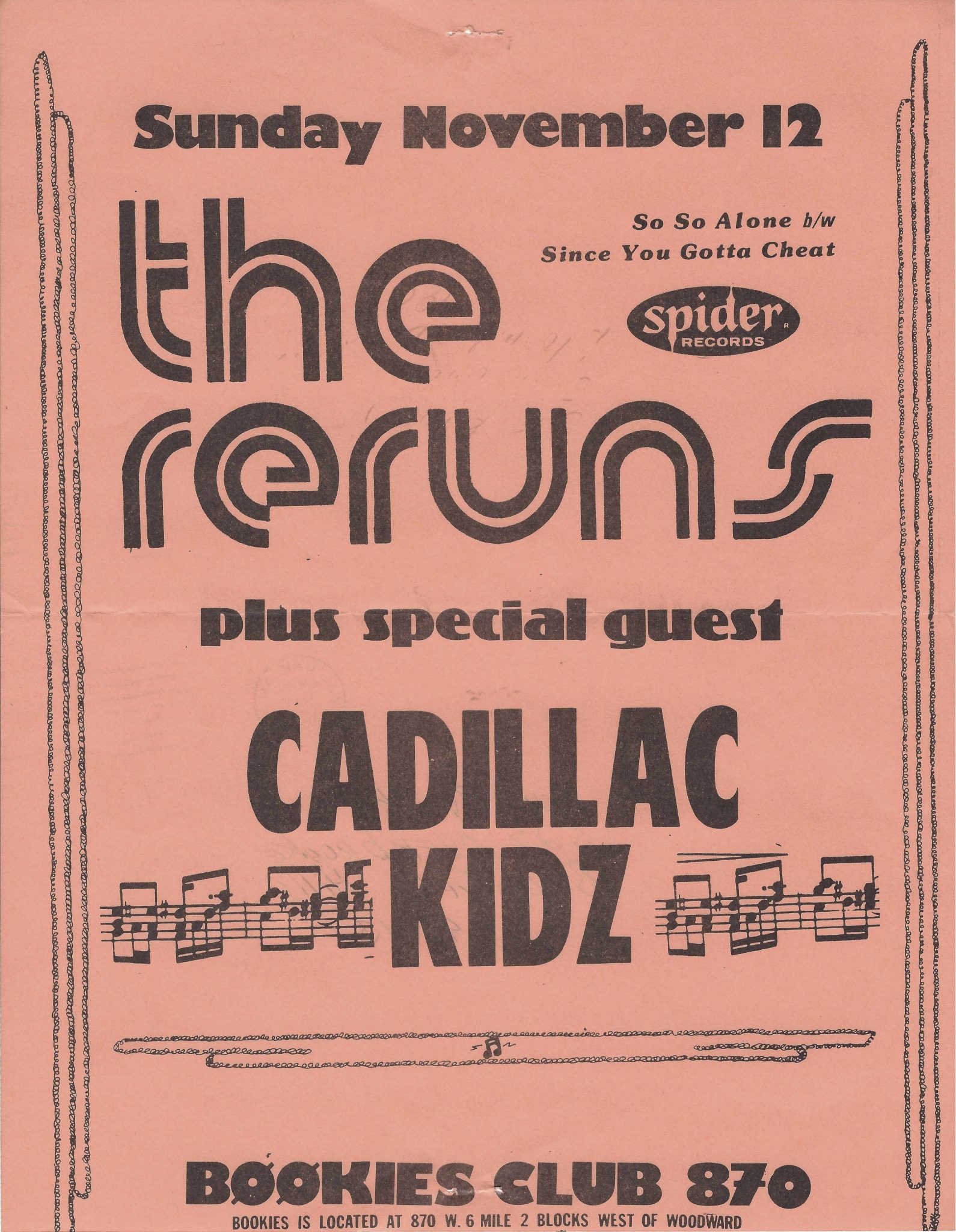 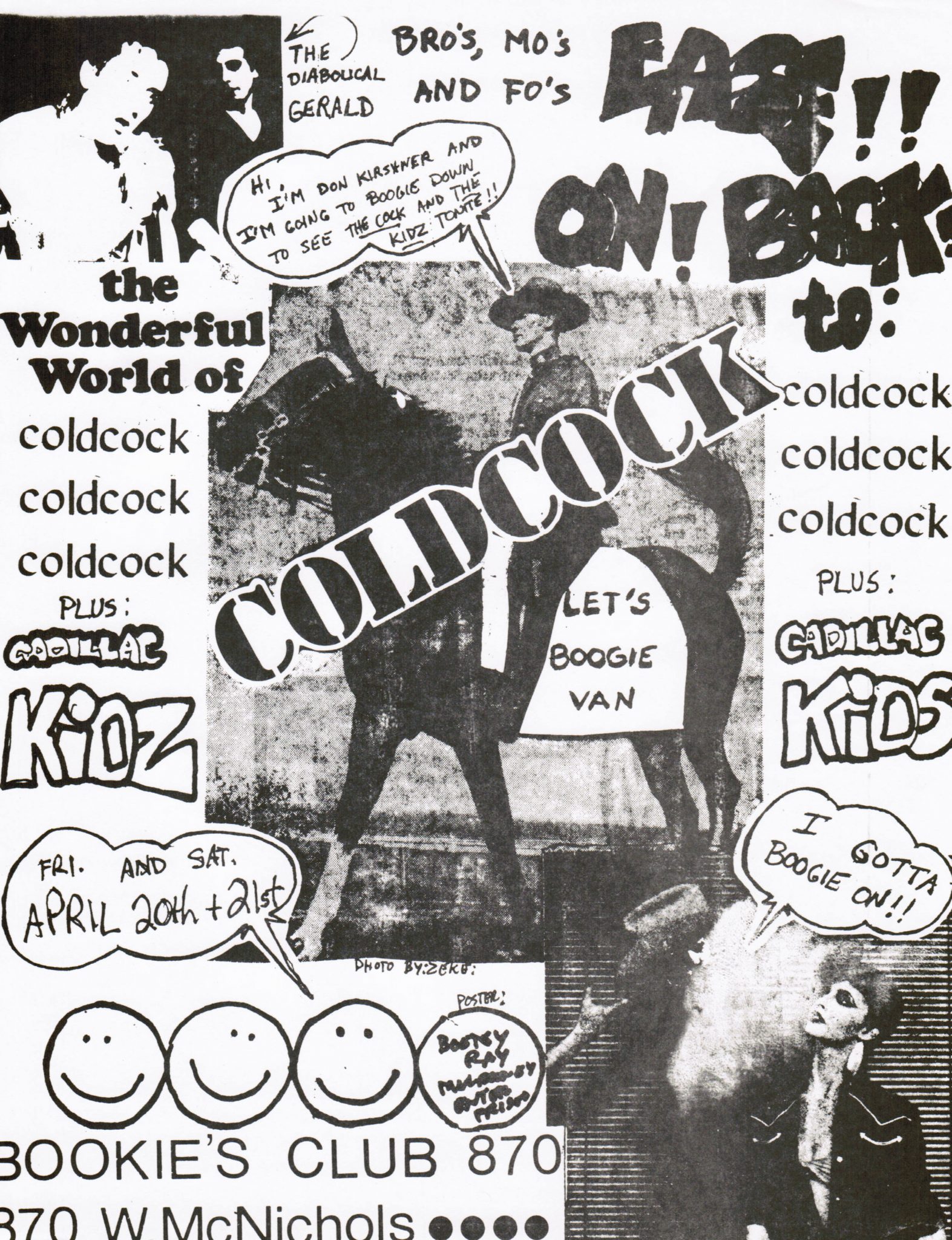 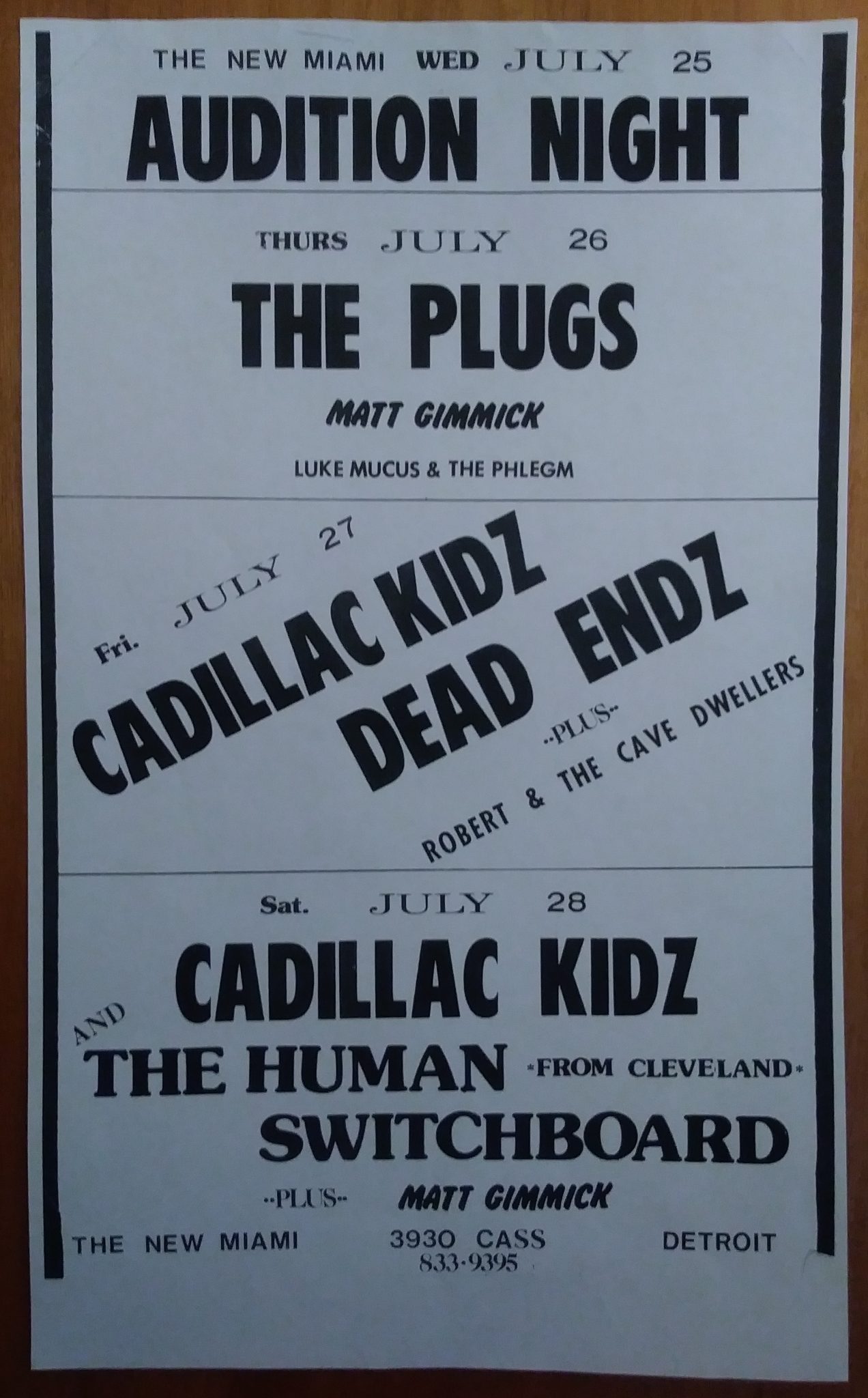 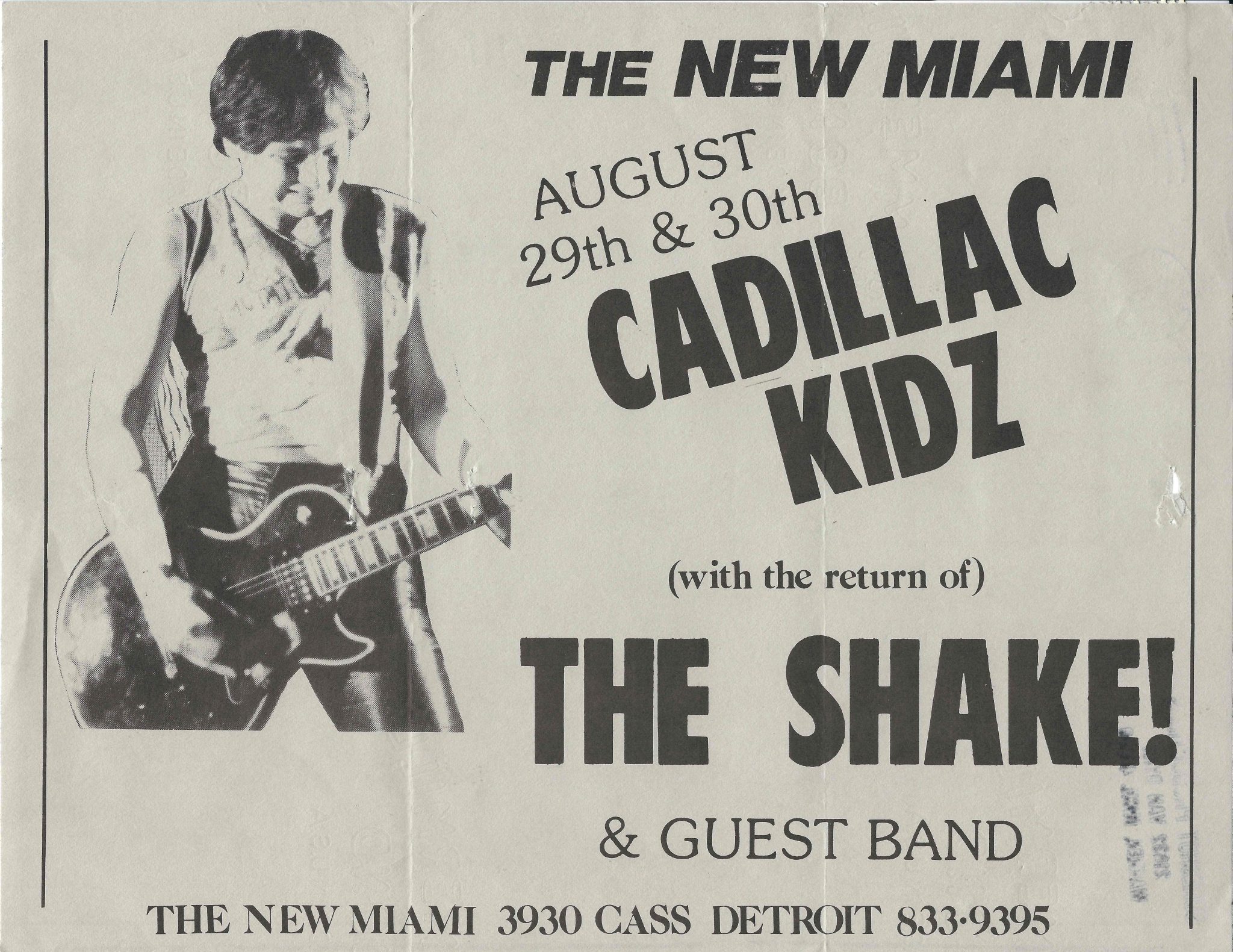 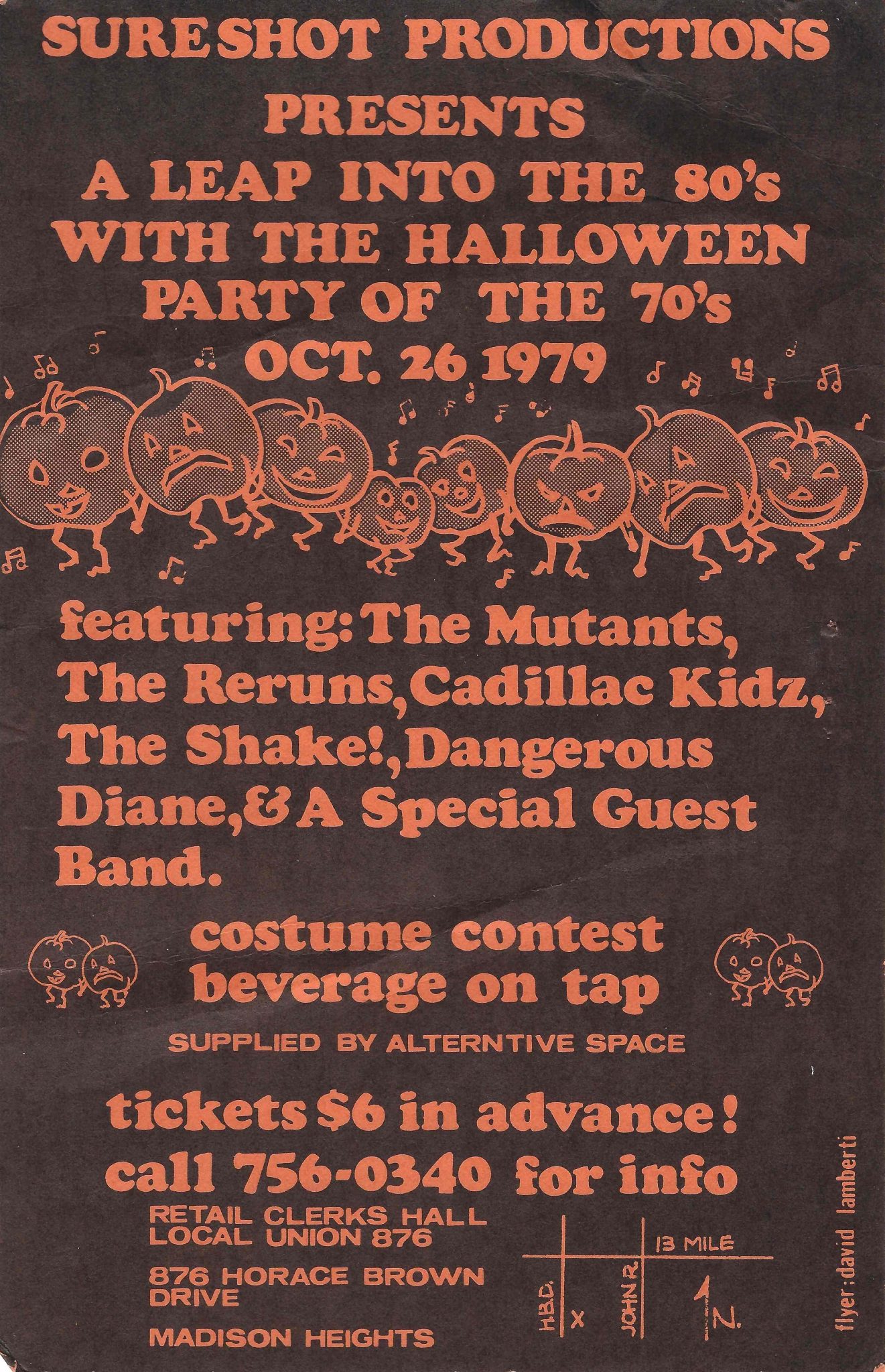 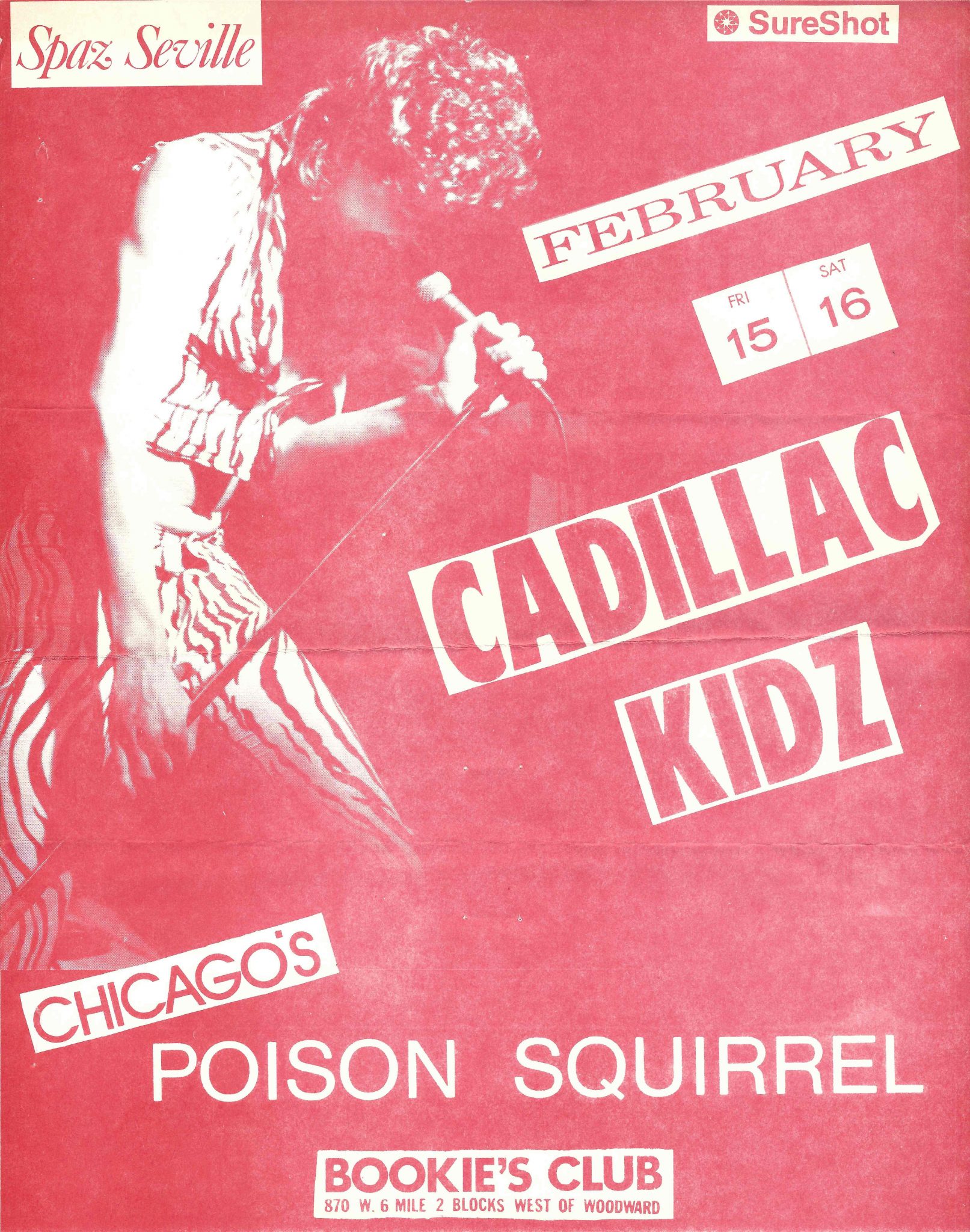 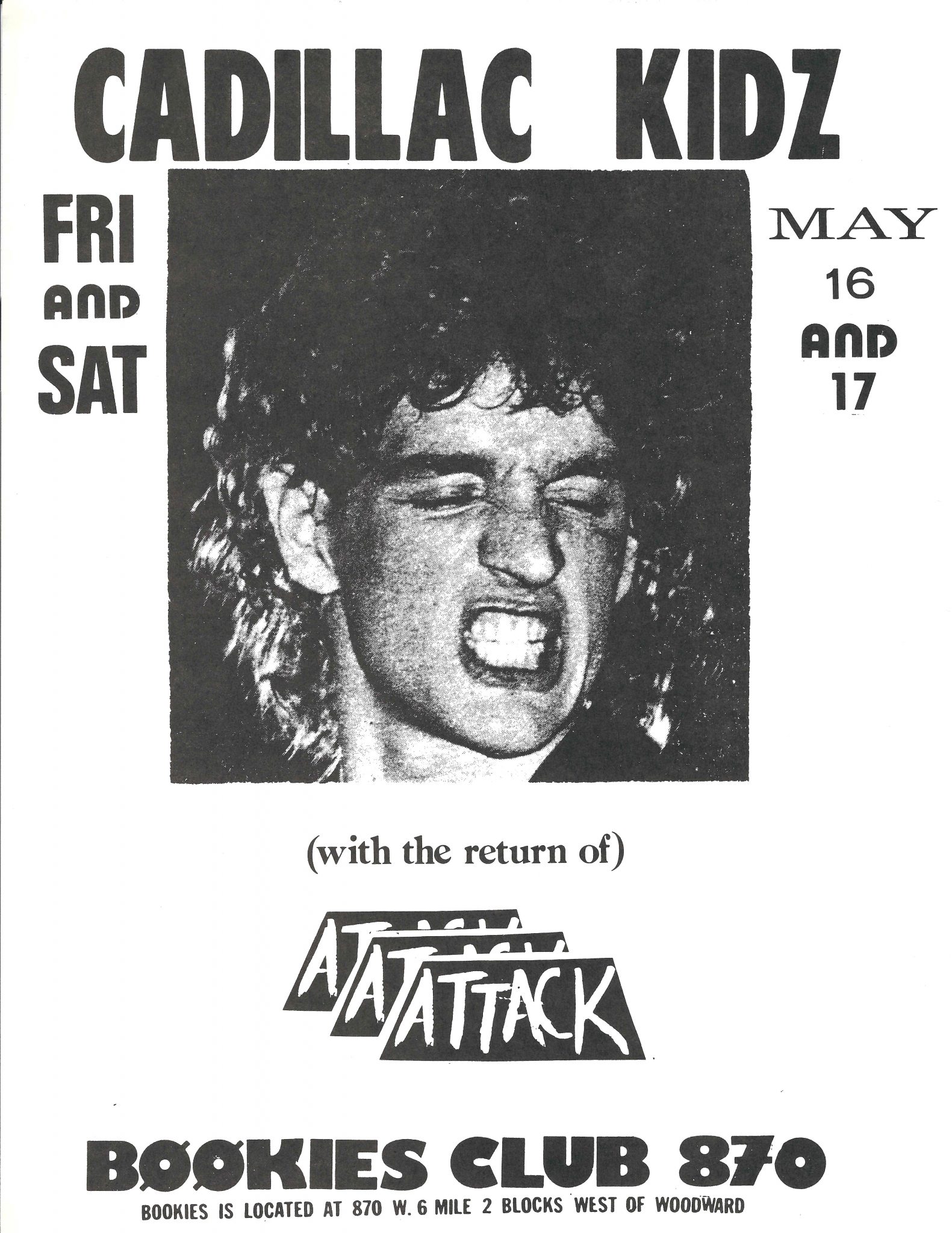 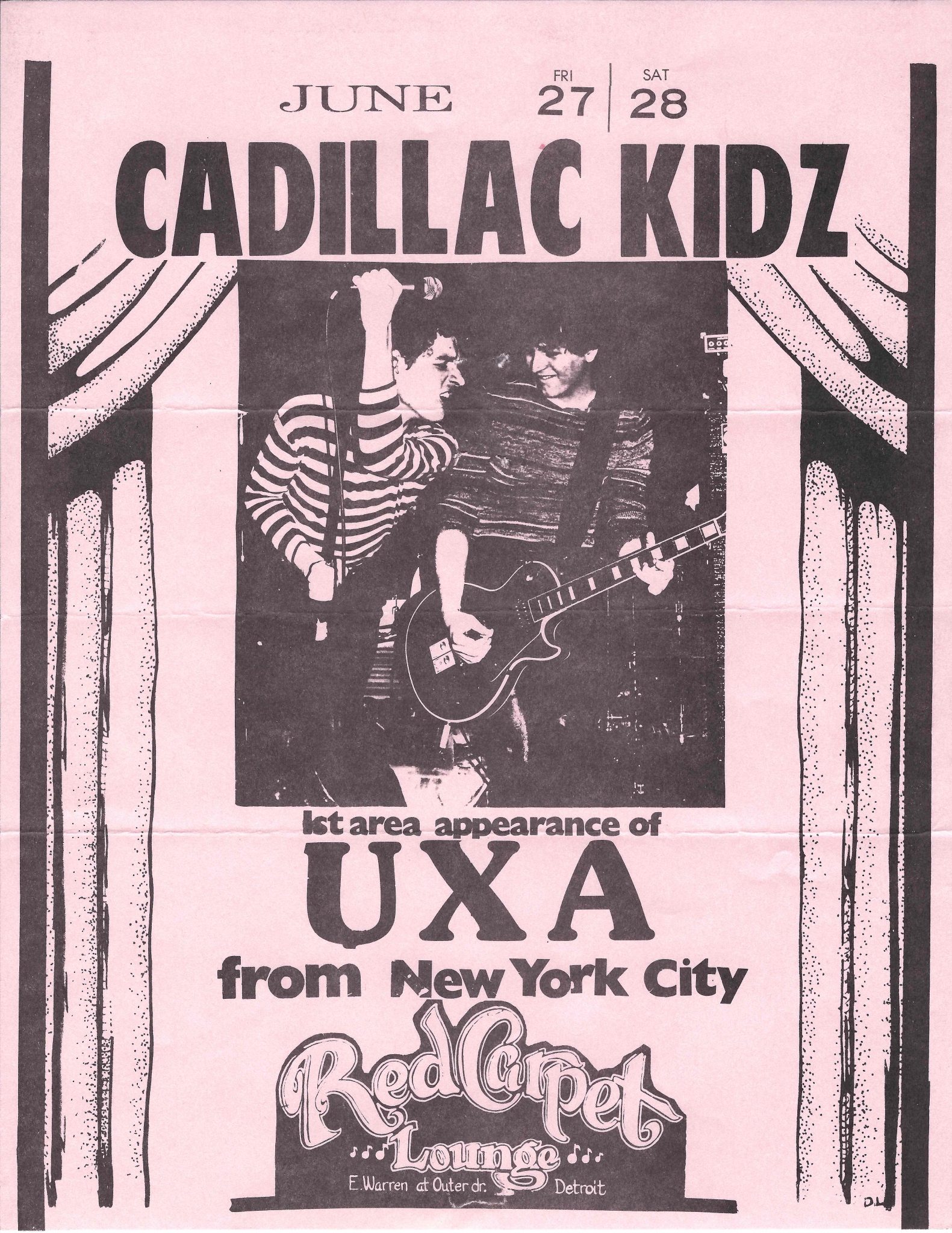 Cadillac Kidz was founded in 1979 after singer Spaz Seville and guitarist Cameron Stirnweis met during a show at the Second Chance in Ann Arbor. At the time, Stirnweis and several other people in the scene including Steve Sortor of The Mutants, had started a company called Sure Shot Productions to book, record, and provide rehearsal space for bands. Seville had been in the cover band scene. But, was interested in the opportunity to create original music as well as working with his friend Chris Badynee, who was then a guitarist, on bass.

Because of the band’s sound, connections, and willingness to be provocative to get the attention of bar owners and club goers alike, Cadillac Kidz not only headlined at Bookie’s but opened for national acts at larger venues around Detroit.

While the band did record demos with Wayne Kramer (MC5), Cadillac Kidz only released one 7-inch record during its time – “Goin’ Out” b/w “Neighborhood Girl” (1981) and was also featured on a WLLZ compilations in 1983 & 1985.

Members of the band eventually kicked Stirnweis out of the band due in part to the guitarist’s addiction issues. Cadillac Kidz continued as a four piece for several years until Seville left Detroit. The band ended in 1985.

After Cadillac Kidz broke up, Badynee went on to receive international attention for his musical invention the Bogdon Box Bass – a upright bass kit made from a cardboard box. The Bogdon Box Bass was featured on the History Channel in 2011 and led to work with the organization “Bash the Trash” – a group that makes musical instruments from recycled materials.

Cadillac Kidz reform every so often to play around the Detroit area. Seville took part in the Detroit Garage Rock All-Star Revue III and the band had a track featured on the Motor City Muscle festival compilation in 2018.

Stirnweis passed away in 2012 after relocating to Arizona.

Have a story or information to share about Cadillac Kidz? You can do that here.