WDET, Detroit’s public radio station based at Wayne State University, was originally put on the air by the United Autoworkers Union in 1949. A few years later, the UAW gifted the station to WSU which has used the station as a station to reflect the community. During the period of the Detroit punk/new wave scene, there were several programs that developed, overlapped, and evolved as the station moved from what people would consider a community station to a more polished public radio station within the National Public Radio affiliate ecosystem.

Named after an early single by the English band XTC, host Michael Halloran, who was also a member of Detroit band The Plugs, brought local bands into the station to be interviewed, perform, and share their records along with giving an outlet for punk/new wave sounds from around the country and the world.

Halloran says he started working at WDET as an intern and then was hired as board operator for shows. But, he had an interest in having his own show focusing on new underground rock music, punk/new wave, that was not being played on the commercial stations at the time.

In fall 1978, Judy Adams, the then music director, gave him an opportunity to host such a show during a pledge drive called “Rest Aria” – named for the song by The Residents. Halloran says he had about a month to plan the show and pass out flyers at local clubs to drive interest. During that special show, Halloran says he was able to raise $10,000. Because of the amount of support from listeners, WDET station management gave him his own show dubbed Radios in Motion starting in 1979. The show originally aired Wednesday night/Thursday morning from 1am-3am. Then, the show moved to Friday afternoons from 1pm-3pm. The final time slot for the show was Tuesday and Thursday nights until 1981.

In 1981, Halloran left WDET to move to Los Angeles to manage the band Rhythm Corps. When he returned 1983, Halloran was offered a gig back at WDET to restart Radios in Motion. He did the show for about six months before taking a job at WLBS in Mt. Clemens, a commercial rock station. Following a short time at that station, Halloran eventually moved to San Diego where he has had over a 30 year career in radio as a host, DJ, and programmer. 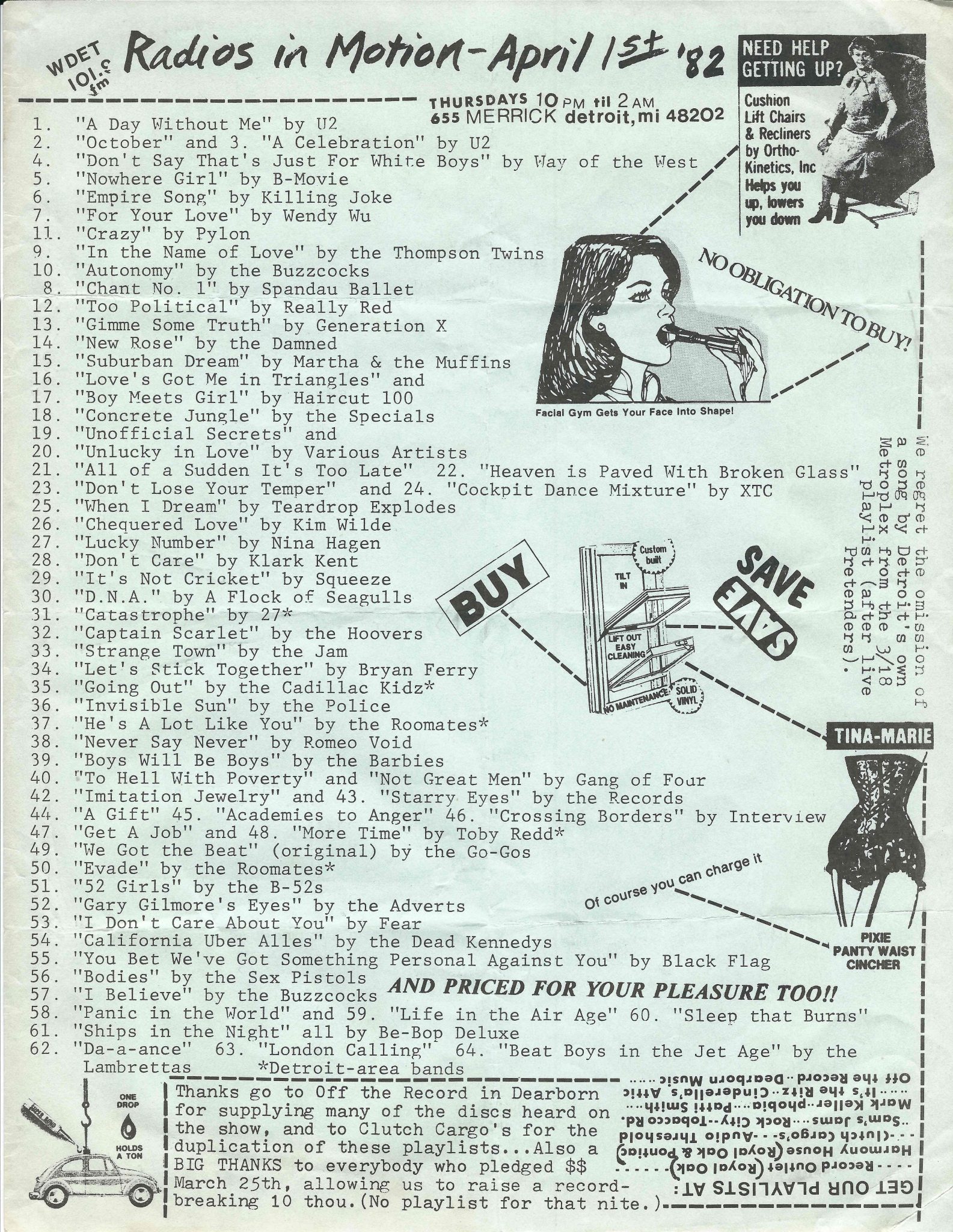 Have a story or information to share about WDET’s Radios in Motion? You can do that here.