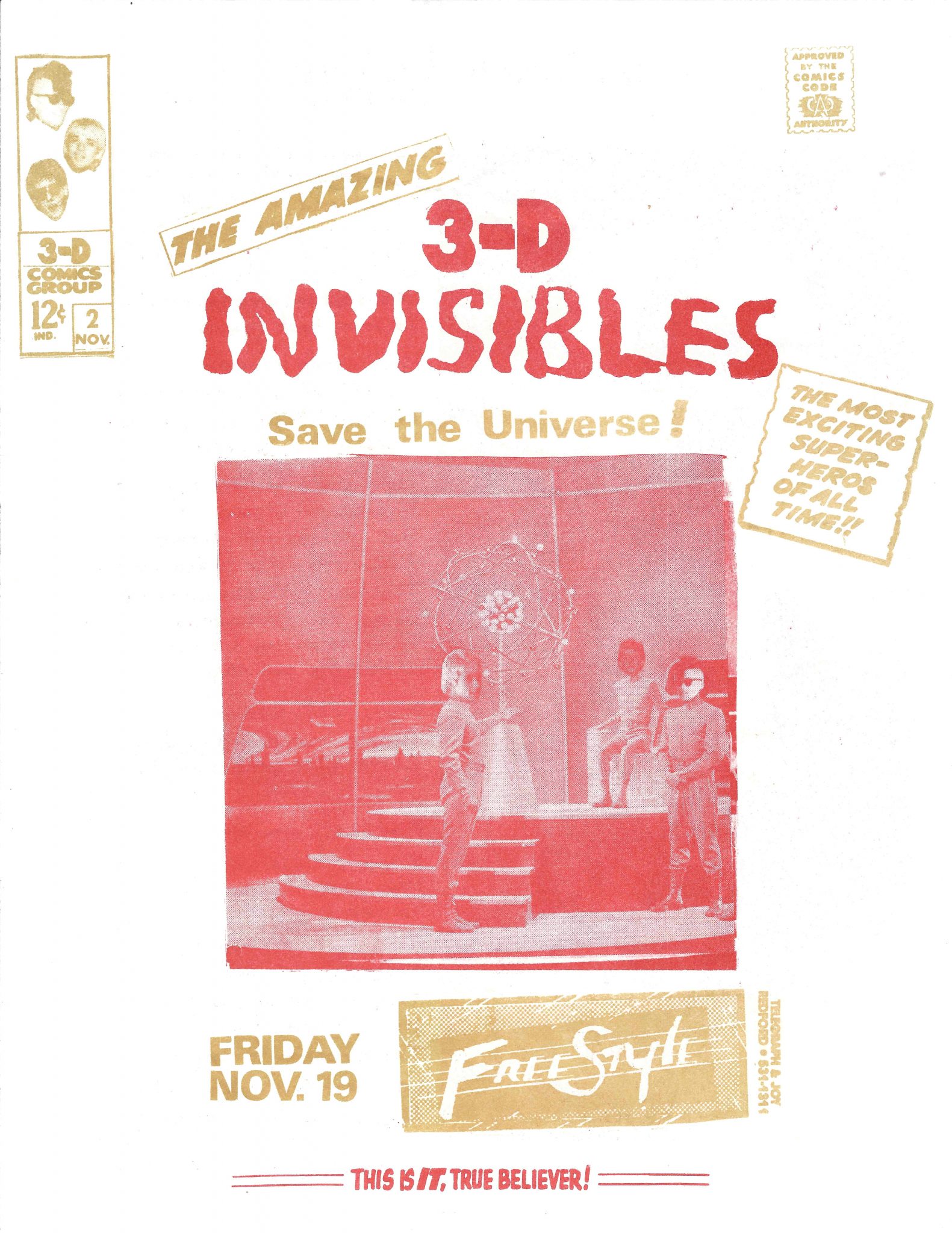 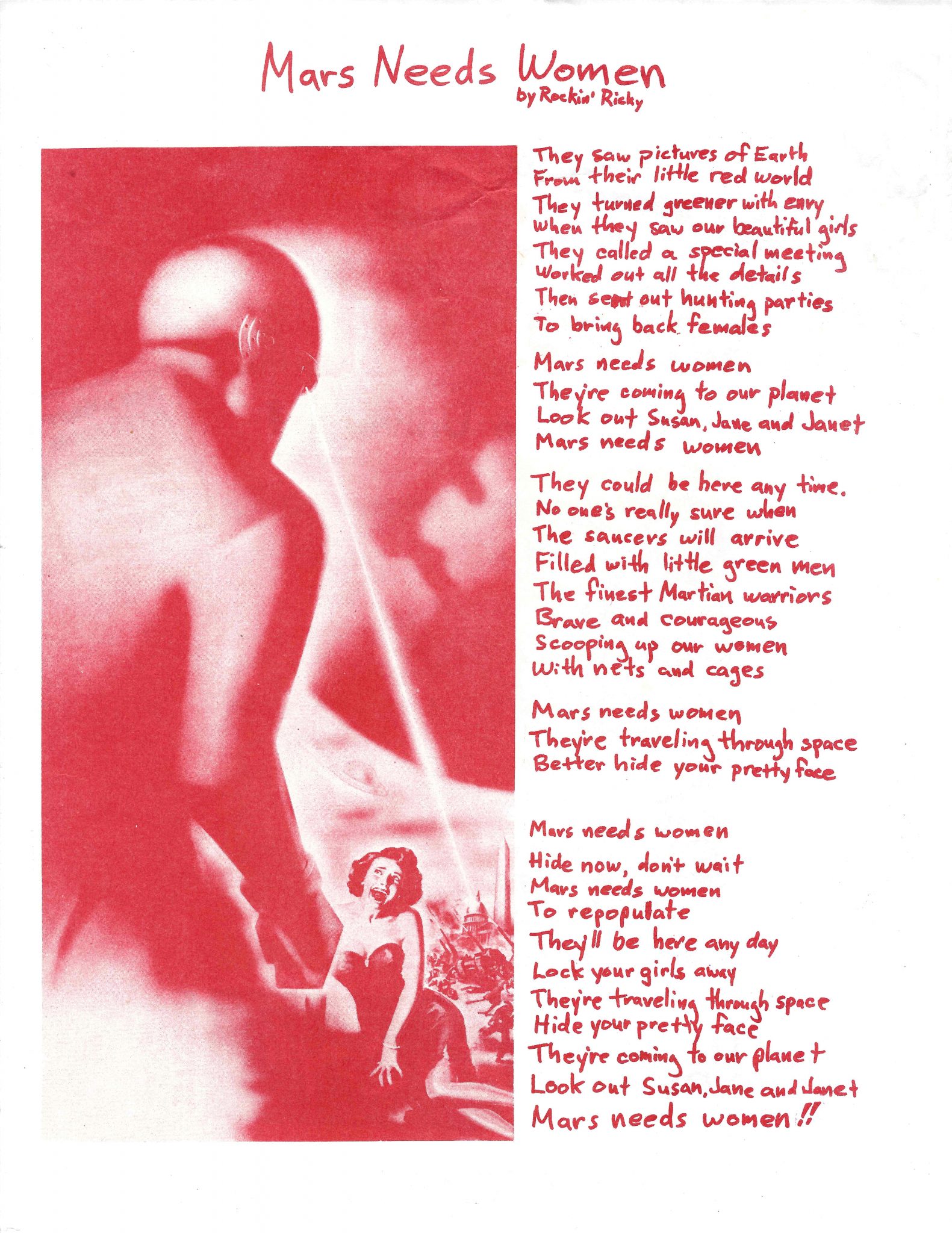 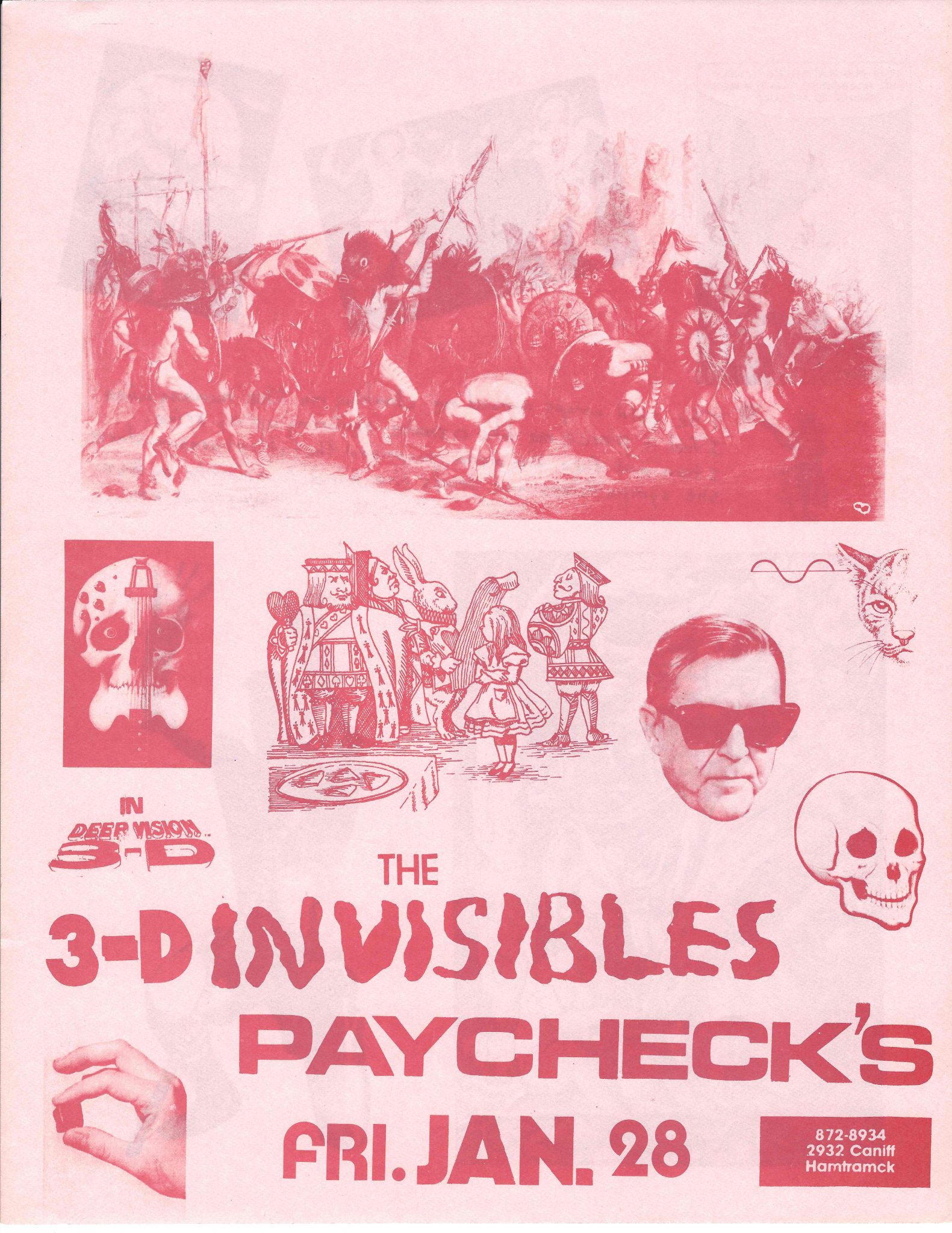 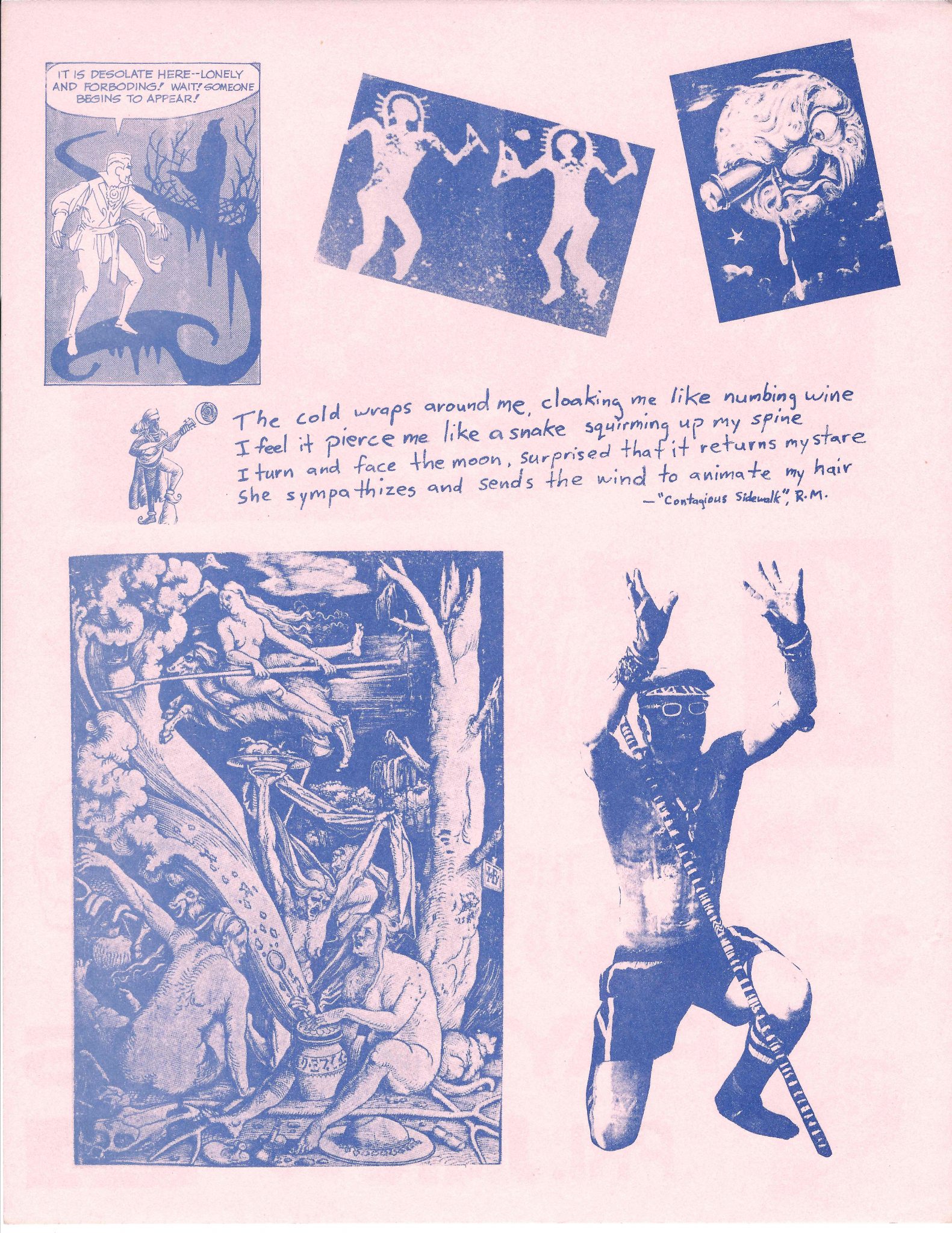 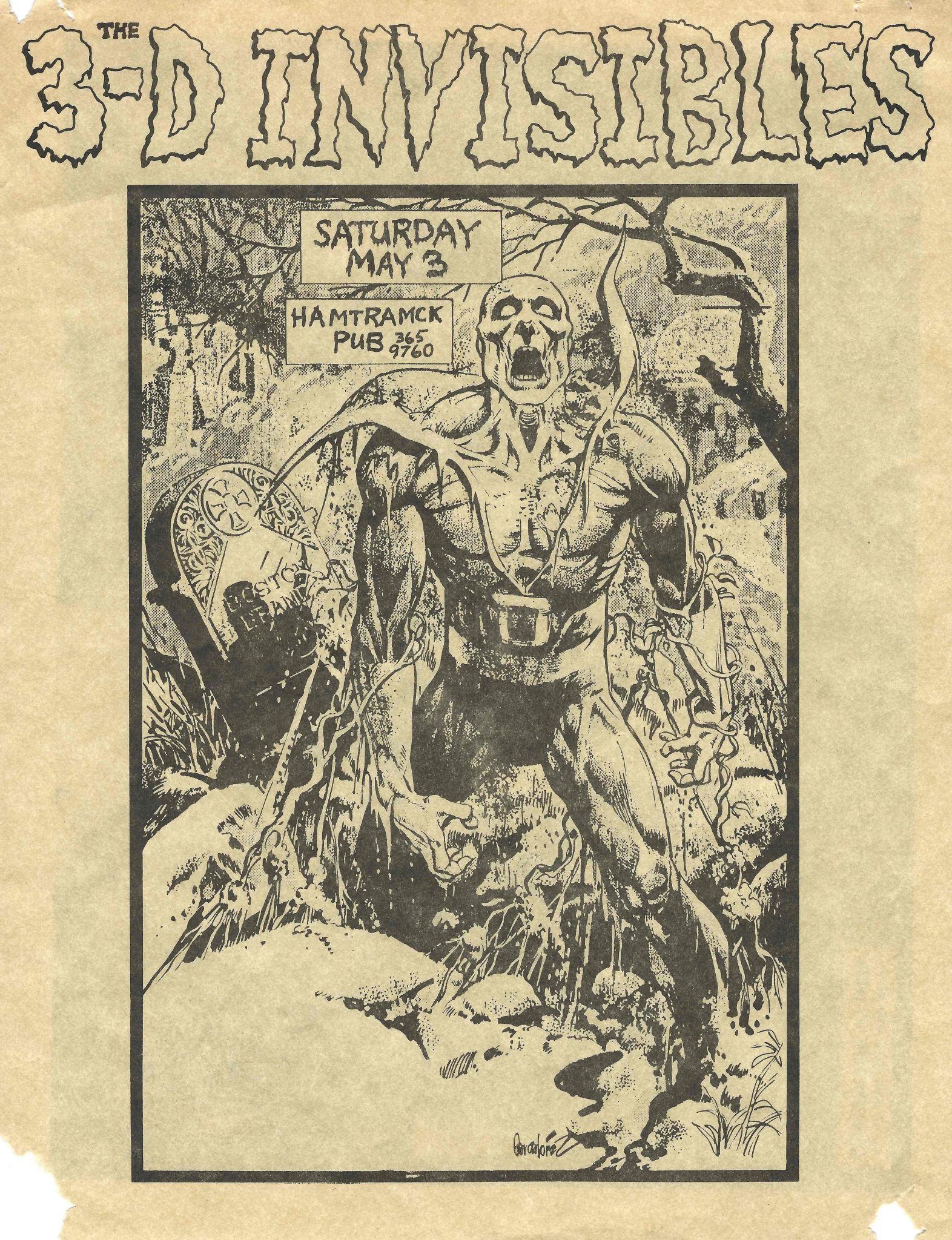 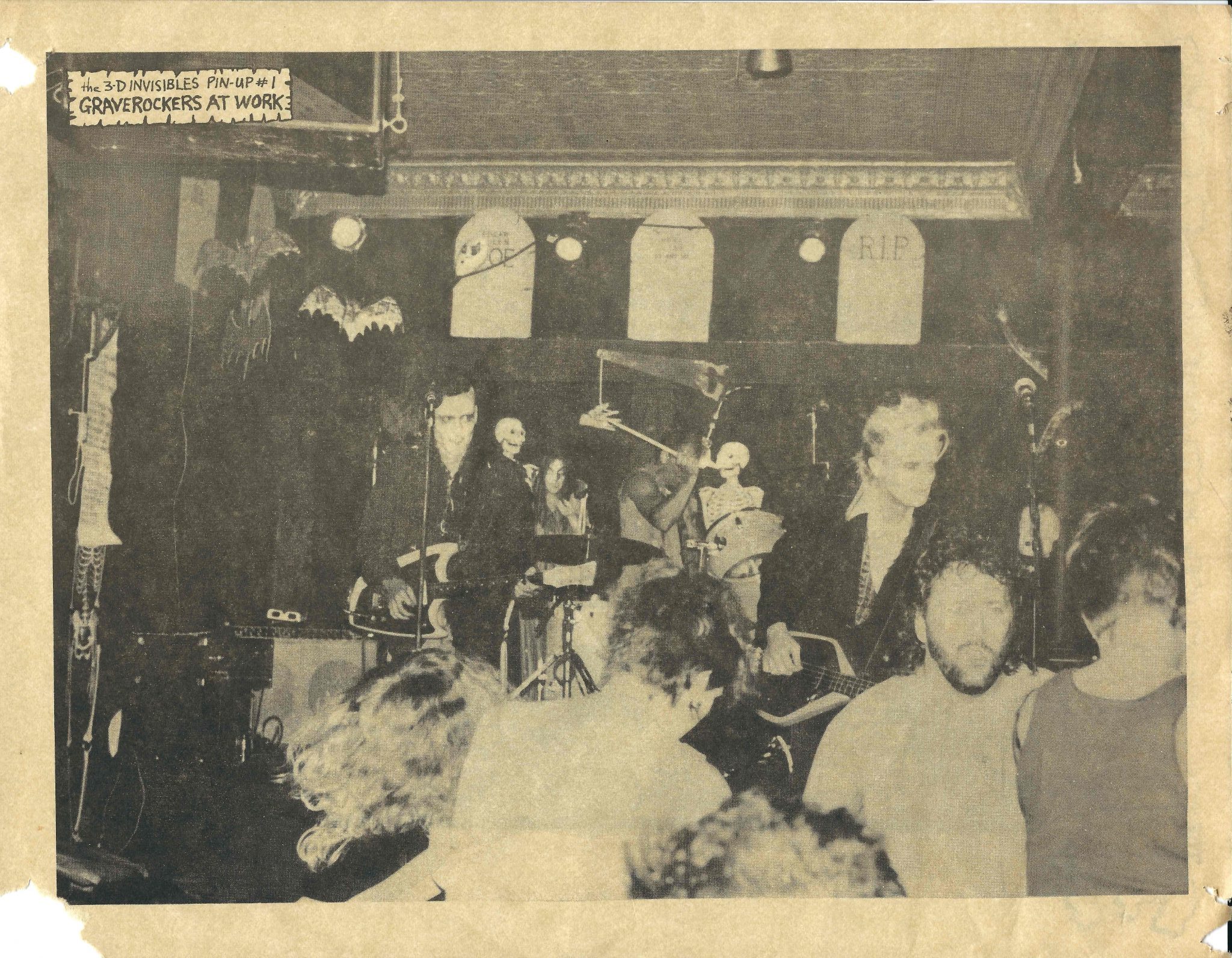 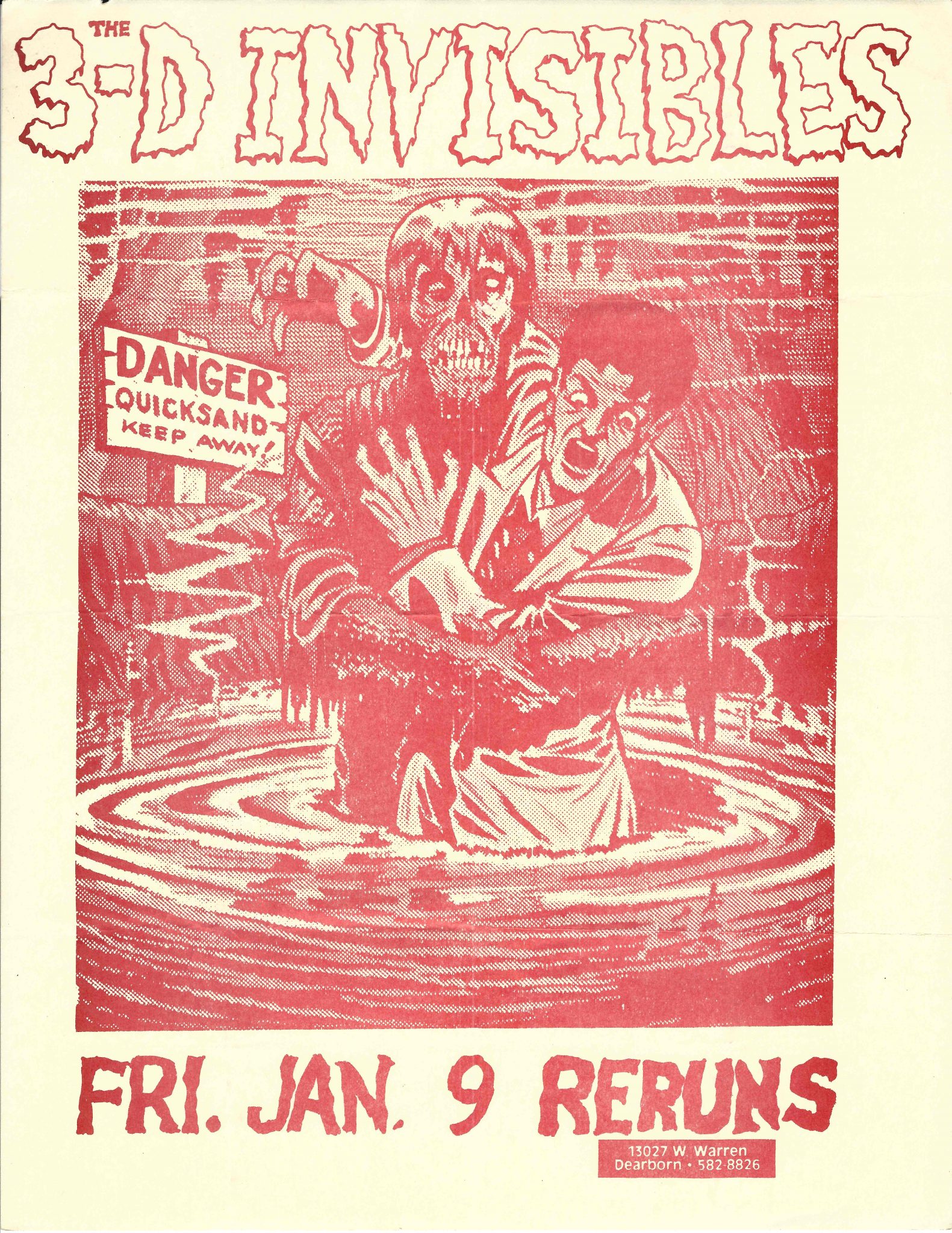 Following turns in The Seatbelts and R.U.R. before creating his first band, Crayon Killers, Rick Mills went one further in creating his next group, The 3-D Invisibles, in 1981. Mills says The 3-D Invisibles were the next step in his evolution as a songwriter and gave him an opportunity to take his creativity to new places.

With the Crayon Killers, Mills wanted to do a stripped down punk band playing with pop song influences. Those were paramount when he started The 3-D Invisibles as well. But, over time Mills’s love of comic books and horror movies started to have an influence on the band’s songs and look including costumes & stage names. Considering Detroit’s love of entertainment ranging from local TV hosts like Sir Graves Ghastly to Alice Cooper and, later, ICP to Theatre Bizarre, The 3-D invisibles fit into a deep, ongoing cultural love of horror and the macabre in Detroit.

The band played at some of the newer live music venues that followed with the success of Bookie’s Club 870 as the scene shifted to Paychecks and other Hamtramck clubs.

Being not only sonic, but visual, The 3-D Invisibles made music videos in the early 1980s including one that was directed by Film Threat magazine founder Chris Gore.

The 3-D Invisibles have released four singles and three LP since 1982 on its own Neurotic Bop record label and continue to perform in the Detroit area as of late 2018.

Have a story or information to share about The 3-D Invisibles? You can do that here.