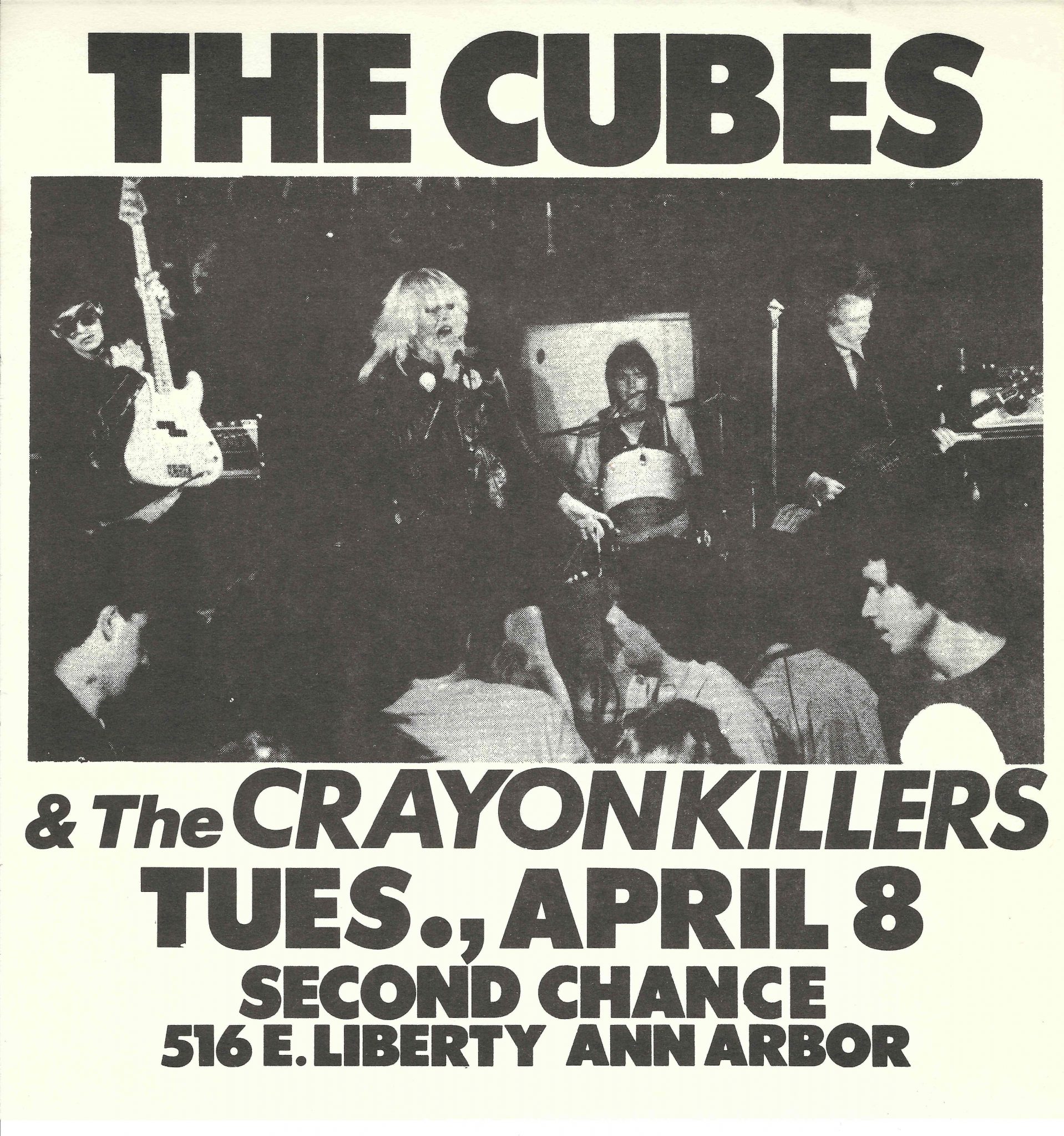 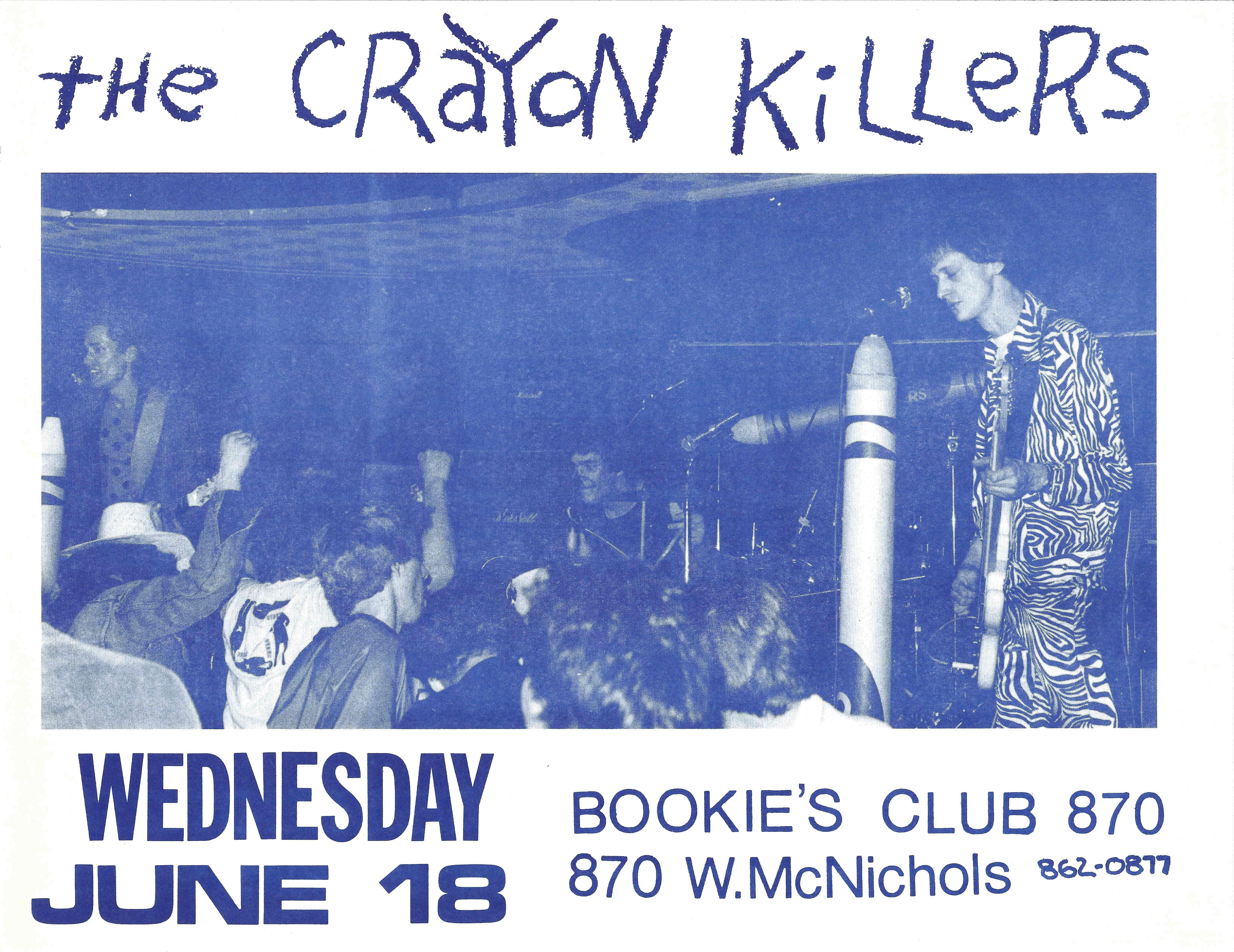 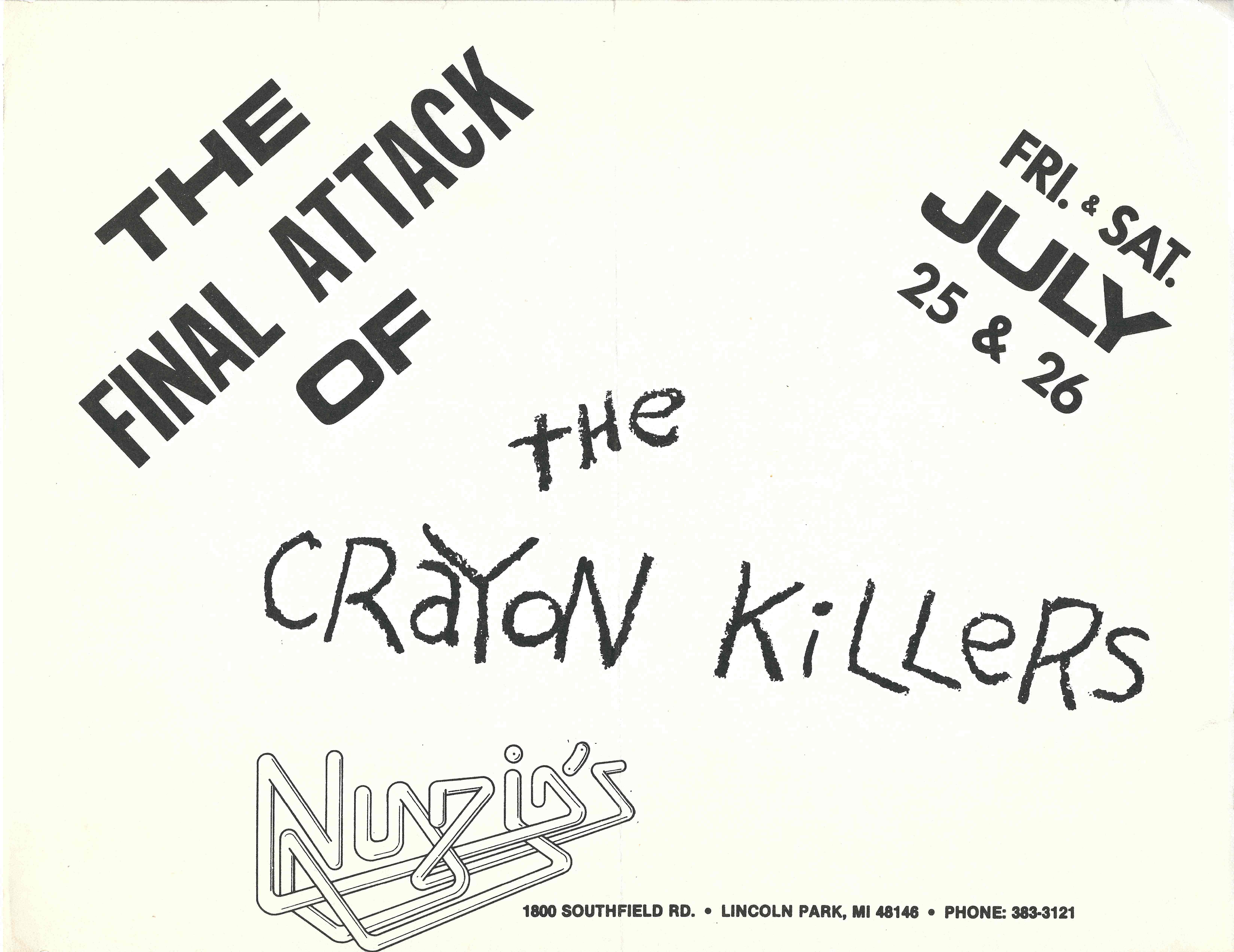 After a time in The Seatbelts and R.U.R., around late 1979/early 1980 Rick Mills decided he wanted to try fronting his own band. Working with drummer Matt Hathaway, also a former member of R.U.R., Mills started writing straight forward, fast, and power pop type songs for the new band called the Crayon Killers.

The group was a bit more colorful than most such as using giant crayons to cover the mic stands and dressing a bit wilder than Mills previously had with his former bands.

The Crayon Killers played many of the same venues in the scene, but was short lived. By the middle of 1981, Mills decided to start another group and shifting his writing towards more horror and sci-fi imagery with The 3-D Invisibles.

Have a story or information to share about Crayon Killers? You can do that here.